SPARE a thought for Kieran Tierney. As a young full-back making his way in the game he is going to come up against one or two opponents who on their day are capable of giving even a player as impressive as KT the run-around.

It may not have happened too often when we are watching him play but the young Celtic and Scotland star has revealed that it is a regular occurrence, he has stated where it usually happens and who the culprits are!

First in the dock is none other that Jamesy Forrest, the player the boo-boys have had their money’s worth from over a number of years and who could have left the club at the end of the Ronny era with hardly anyone speaking up to voice their regret.

Brendan put an arm around him, reminded him that he was a good player and gave him a new contract. And KT has been suffering at Lennoxtown ever since!

“Ever since I started training with the first team, James has been brilliant,” Tierney said.

“He’s so hard to play against in training. I know how good he is.

“I know myself he’s very hard to stop when he’s running at you, because he can go inside or outside and defenders don’t like that.

“It shows how hard he’s been working to get the number of goals he has this season.

“To come off the bench and score another two on Saturday was brilliant. 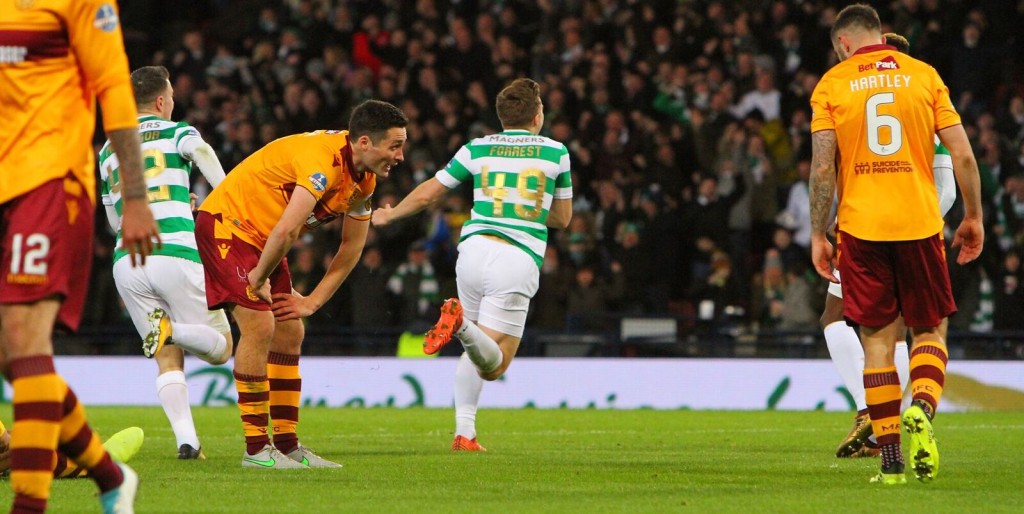 “James has incredible fitness to get forward and back for a whole 90 minutes. He’s always at it,” KT stated.

Only a wonder save at the weekend stopped Forrest grabbing a hat-trick himself, not bad for a substitute. His first goal was also the most important of the game as it calmed any nerves after we allowed Motherwell an unlikely route back into the match.

Forrest, whisper it, is surely a contender for Player of the Year and is maybe even due a song of his own!

James Forrest though isn’t the only winger that has been showing off his skills at Lennoxtown, often at the expense of KT. That though hasn’t got in the way of a great friendship emerging and Tierney has expressed is support for his pal, Paddy Roberts and has vowed to help him get back to full fitness just as soon as possible.

There was a story over the weekend asking if we might have seen the last of Paddy in a Celtic jersey. The answer is no and probably not for a long time! 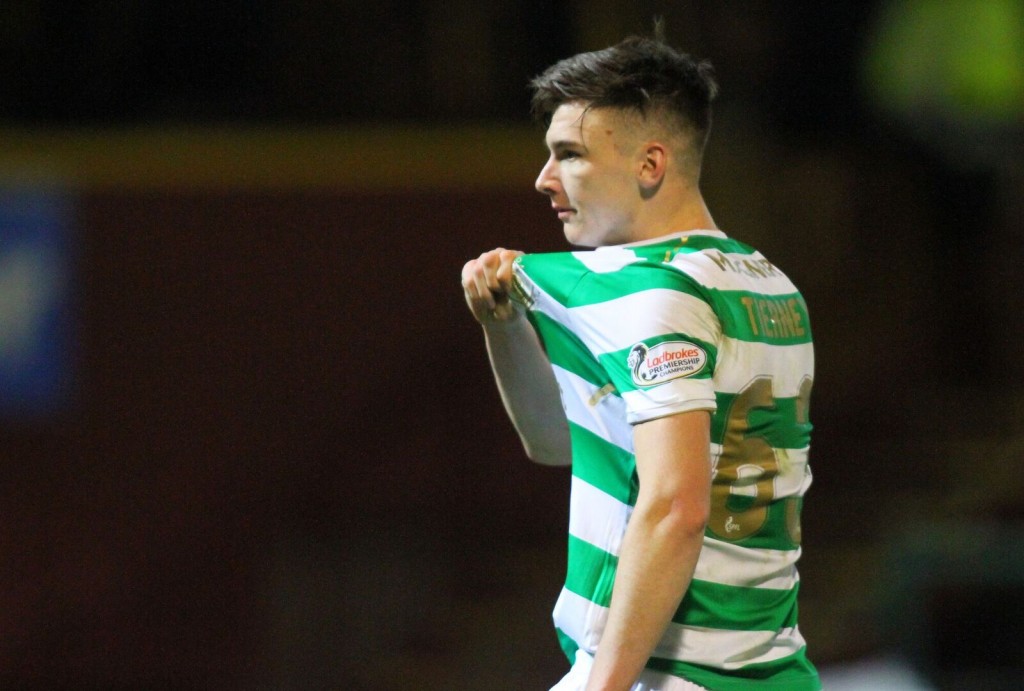 KT knows himself what it’s like to be out injured and can sympathize with his best mate.

“I’ve been there myself and being told you will be out for a few months isn’t easy to take, especially when you’ve just come back from a couple of weeks out,” KT said.

“He’s obviously disappointed, but I’m sure he’ll come back stronger than ever. I’ll do my best to help him through it.

“You need to take your mind off it and work on other stuff. When I was out, I had to work on my upper body to get better as an all-round player. 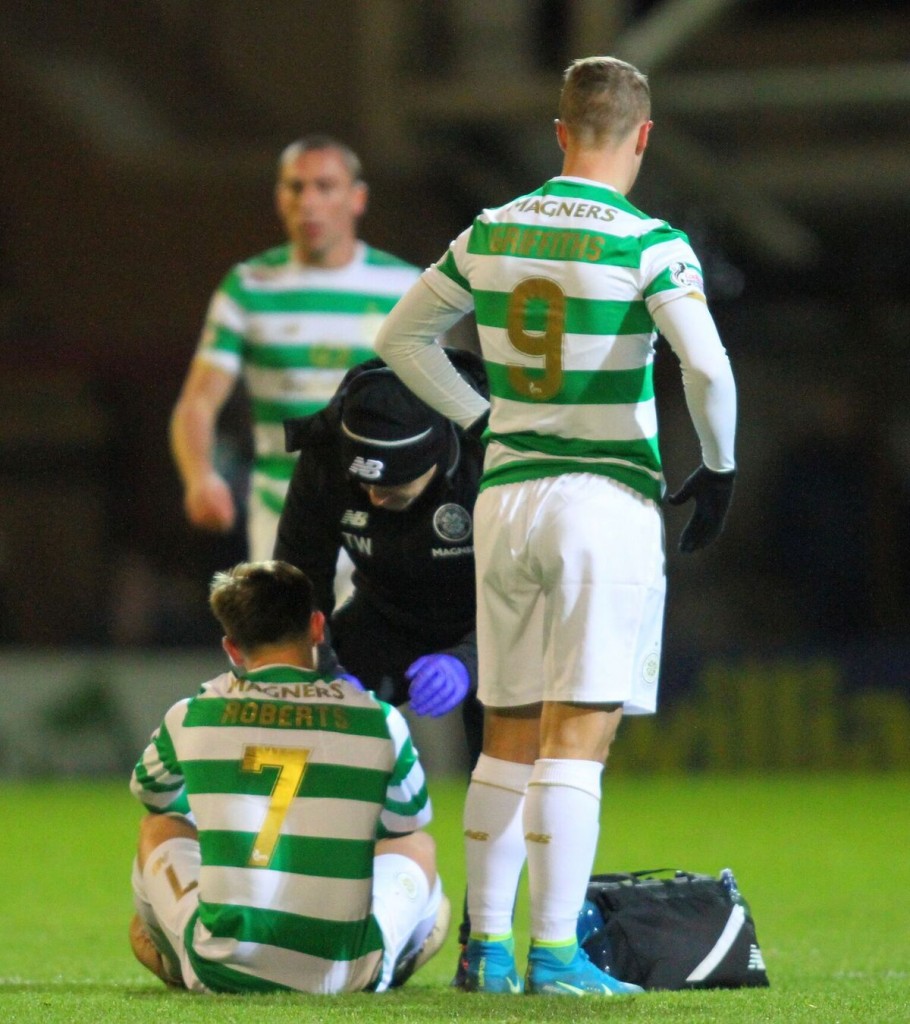 “I’m sure he’ll do something similar because his work ethic is brilliant.”

So with Paddy unavailable to terrorise KT down the wing at Lennoxtown you’re thinking that he’s now only got Jamesy to contend with right? Wrong!

Just how good was Jonny Hayes on Saturday?

Hayes is a player that hasn’t really had the really good moments happening for him in the very limited time he has had on the park so far as a Celtic player. Brendan signed him because knows the player and rated him as the best player in Scotland last season excluding the Celtic bhoys.

You just know that Jonny will have an additional spring in his step this morning after such an impressive performance against Motherwell. KT is certainly a big fan of the Irish winger and appreciates the value he brings to the squad.

“Jonny’s a great player and one of the best people to have in the squad because he’s always happy. He’s never down or negative and is brilliant around the changing room. 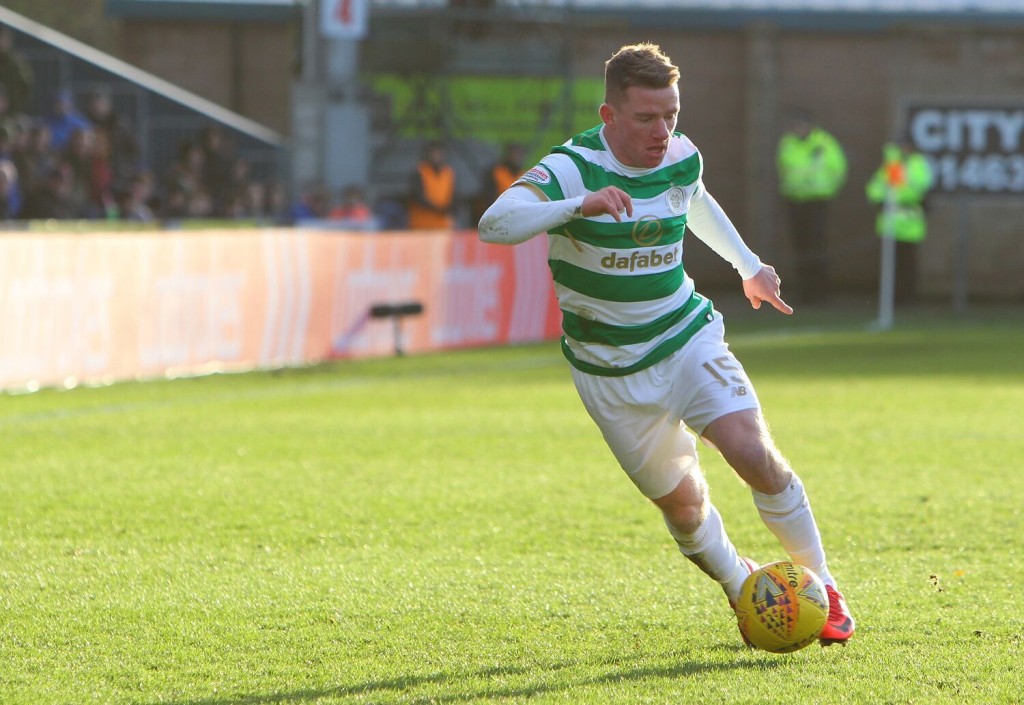 “Jonny’s another one who’s hard to play against in training. I hated it when he was at Aberdeen.”

Just as well Tierney isn’t that bad a player himself or he’d be having sleepless nights ahead of facing these three every day!

More seriously, the most recent Scotland skipper was also eager to praise Saturday’s that-trick hero Odsonne Edouard. The young French striker was a surprise starter and his inclusion was a tactical triumph for manager Brendan Rodgers. It was certainly not something that Motherwell were expecting and Eddie served them their rear ends on a plate!

“He was up against physical centre-backs and I think he actually got the better of them.

“Cedric Kipre is really strong, but Odsonne was brilliant against him. 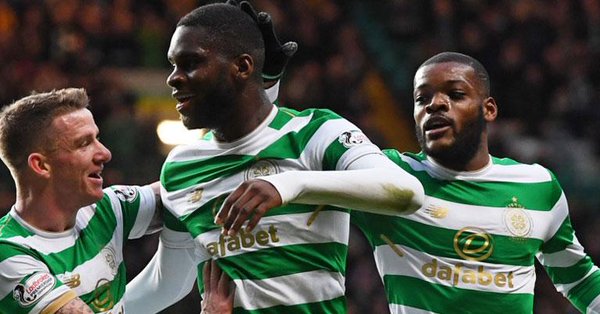 “He got a chance against Hamilton and got a goal, then his hat-trick on Saturday. Everyone’s really happy for him.

“It shows the depth we have in the squad. Everyone’s working hard and you know if someone comes in and takes your place it can be hard to get back in.

“Everyone works so hard in training to get that place on a match day.

“It was good to get the win. We’ve gone out and beaten them comfortably. It was great to score a few goals in the lead-up to the Anderlecht game.

“It gives everyone a boost and we’ll all be looking forward to it.

“We want to go out and win every single game. This will be a high pressure game for both teams, but it’s another challenge and another Champions League night at Celtic Park. That’s what the players love.”