ANGE POSTECOGLOU has given his response to reports Celtic have targeted Japanese strike ace Daizen Maeda, as CQN reported yesterday.

The Hoops boss has been linked with the frontman who has scored 18 goals for the Greek-Australian’s former J-League outfit Yokohama F Marinos this season.

The prospect of teaming of Maeda with his fellow-countryman Kyogo Furuhashi, a £4.6million summer arrival from Vissel Kobe, is an exciting one for the Parkhead fans to contemplate.

Kyogo has been an instant success and netted his ninth goal for the club when he rifled in the opener in Tuesday’s 2-0 Europa League Group G triumph over Ferencvaros at a bouncing Parkhead. 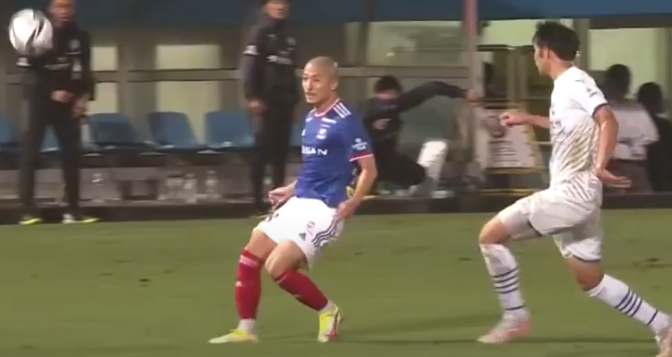 HITTING THE HEIGHTS…Dazien Maeda chips in a goal for Yokohama F Marinos.

Postecoglou, though, was playing it cagey when he was asked about the possibility of the 24-year-old two times-capped Japanese international joining his Celtic revolution.

The Hoops gaffer, preparing his squad for this afternoon’s Premiership visit of St Johnstone, answered: “I can neither confirm nor deny.

“There is no doubt the Japanese league is one I know well, I have an advantage there.

“Obviously, I know Daizen well, I was the one who brought him to Yokahama F Marinos, but I can definitely confirm we are not in advance talks with anyone to sign anyone at the moment.

“We will be casting the net far and wide, we are not going to just limit it to the Japanese league.

“With the way we have started the season and how some of our younger players have been playing, we have become an attractive destination for players, but I am not going to rush into that.” 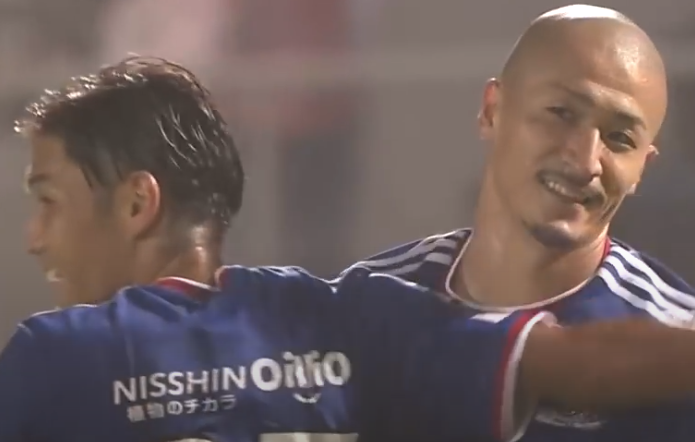 HAPPY DAZE…Daizen Maeda is congratulated by a Yokohama F Marinos team-mate after another strike.

Postecoglou, speaking to the Daily Record, added: “We are looking to strengthen the squad in January and we will, we have started that process, but the difference being, we are in no rush.

“Whatever business we do in January, it won’t be as chaotic as it was in the last window.

“But a hugely important part of bringing players here is understanding their mentality and whether they can cope.

“I was confident with someone like Kyogo. I kind of knew him really well from Japanese football. I knew his background and I asked enough people about him as a personality, to know he would cope well.

“That is part of the process, particularly when you are talking about bringing in people in January when they are going to have to hit the ground running.

“Those are the things we will be looking into, not just their playing ability, but also their personality.

“And a big part of it will be the ones who want to come here.

“When players show intent, people like Jota and Kyogo, there was never any discussion to try to convince them to come to Celtic, this was their preferred destination and this was a big part of it.”