ANGE POSTECOGLOU will learn very quickly that second is nowhere in Glasgow.

That’s the message from former Celtic skipper Paul Lambert who has told the new manager he MUST bring instant success to the fallen champions.

And Lambert also believes the transfer window will be so crucial to his old club as a massive summer revamp takes place to get the Hoops juggernaut back on track after suffering their first trophyless season in 11 years.

Postecoglou is now in harness after his 10-day quarantine period in London and he took his first training session at Lennoxtown yesterday ahead of a meeting with the media this afternoon. 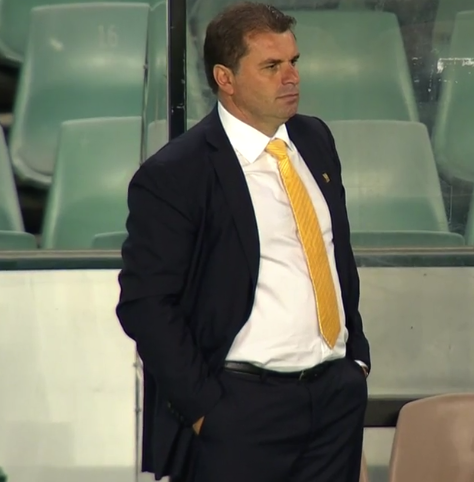 PENSIVE…Ange Postecoglou watches the action from the sidelines.

Neil Lennon’s successor will have to hit the ground running, despite the uncertainty over the futures of players such as Odsonne Edouard, Kristoffer Ajer, Ryan Christie, Olivier Ntcham and Boli Bolingoli. Plus he will have to replace loan players Mohamed Elyounoussi (Southampton), Shane Duffy (Brighton), Jonjoe Kenny (Everton) and Diego Laxalt (AC Milan) who returned to their parent clubs at the end of their contracts.

Lambert said: “It is a massive season for Celtic regarding players going and coming in. I think the manager has got to assess what he has got there and who wants to stay and who wants to go – that will be massive for him.

“The season Celtic had last year wasn’t to the standard everyone expected, but you get that when you’re at a club of that size.

“It is not a normal run-of-the-mill club when you get time to bed yourself in. He’ll need to find his feet quickly and when it really kicks off, you have to win games. 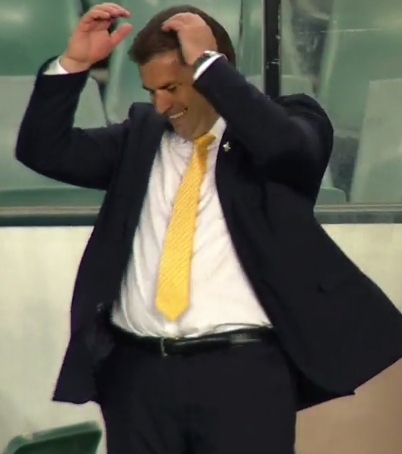 “He seems a really clever guy and knows what he wants to do, but, ultimately, it will be down to the players he gets in and the players already there.”

Postecoglou will get a better view of his players when they leave for their pre-season training camp in Wales on July 5 while his first competitive match will be against Danish Superliga runners-up FC Midtjylland in the Champions League second qualifying round on July 20 in Glasgow, with the second leg eight days later.

The Hoops then open their bid for a tenth title in 11 years with a trip to Tynecastle to take on Hearts on July 31.

Lambert, speaking to Sky Sports News, added: “I know from my own experience when you are a player there, you have to win. I’ve always said that about Celtic because if you don’t, the crowd will let you know. 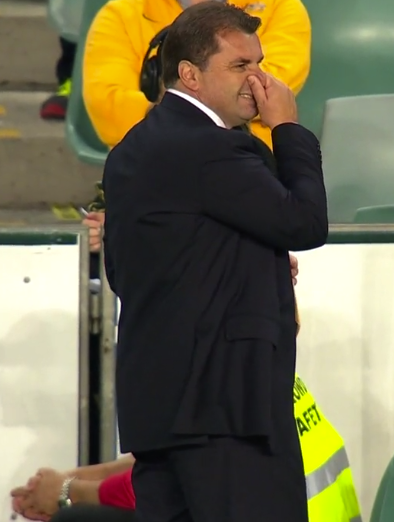 “If you are at a club that has more or less won trophies every time, then you can’t say we will take one or two years to find our feet.

“I don’t think it will happen, I don’t think the Celtic supporters will want that to happen – and quite rightly so.

“To beat the best you have to have pressure on your shoulders and he is certainly going to have that.

“The European games are massive and you have got to win them.

“Midtjylland will be really tough and a really well-drilled, fit team. If Celtic don’t go through, then there will be criticism coming.”