ANDY HALLIDAY’S speed was clocked at 18-miles-per-hour when he clattered into Patrick Roberts in a moment of controversy at Hampden.

Only three minutes had gone when the Ibrox side’s midfield thug  launched into a reckless tackle on the Celtic winger.

The on-loan Manchester City youngster was sent spinning and referee Willie Collum was content with a booking for Halliday.

But his challenge was labelled as “mental” by BBC pundit Michael Stewart, the former Hibs and Hearts star.

Ex-Scotland international striker Steven Thompson insisted it was “most definitely an ordering-off”.

And Aberdeen legend Willie Miller, a summariser for the Beeb at Scottish Cup semi-final, called it “vicious”.

Talking about the flashpoint incident, Stewart said: “We actually looked at this in the graphics and he jumps into the tackle at 18-miles-per-hour. 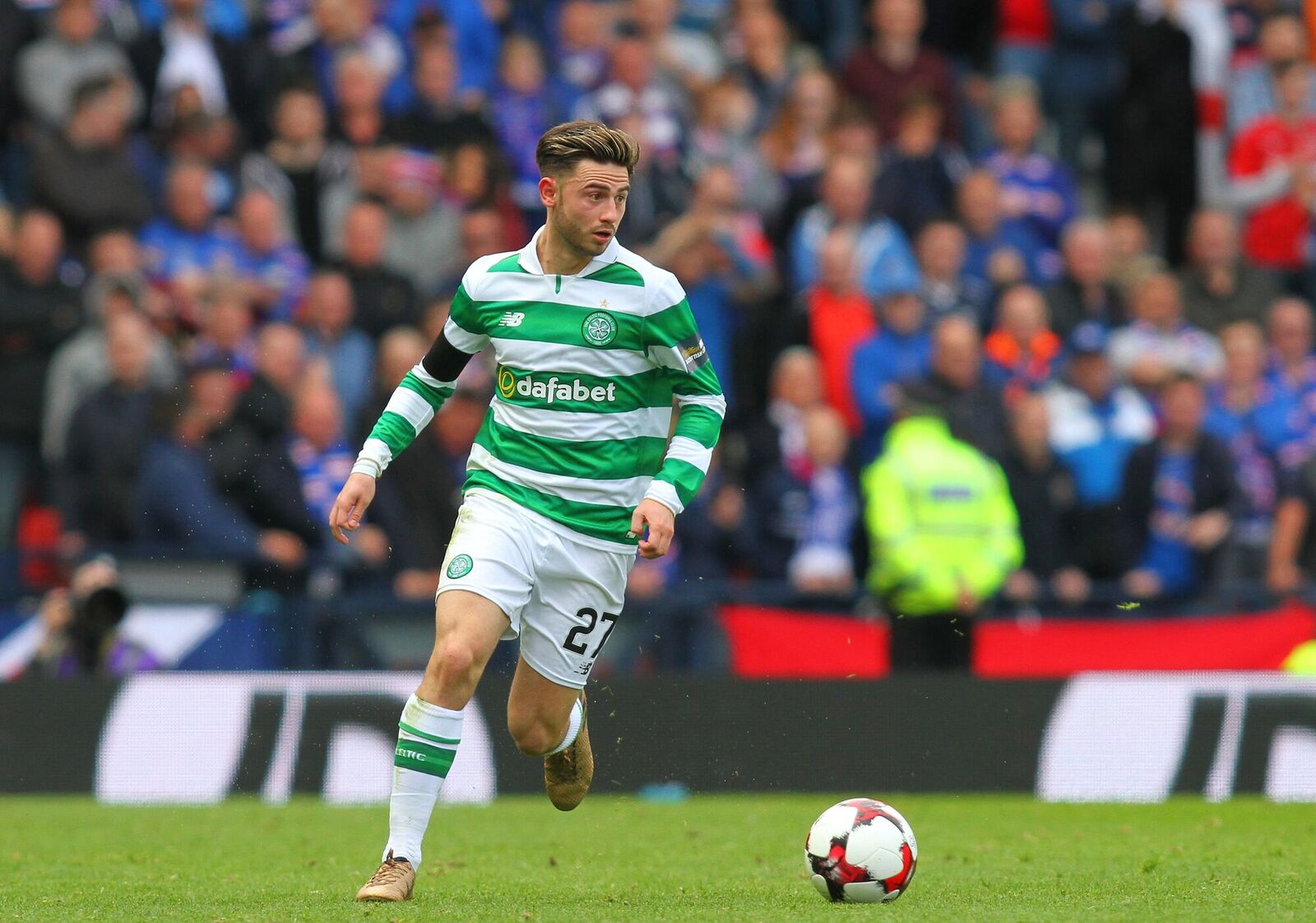 He added: “Rangers (sic) were fortunate to have 11 men on the park.”

Asked if it should have been an instant dismissal, much-travelled frontman Thompson replied: “Absolutely. I can only presume because it was so early in the game, that’s why Willie Collum didn’t give him a red card.

“Look at the speed at which he goes into this tackle.

“We talked about Scott Brown last weekend. If Scott Brown’s challenge was a sending-off, this is worse.

“It is most definitely an ordering-off.”

Ex-Pittodrie skipper and manager Miller added: “What a challenge from Andy Halliday!

“It surely is controversial. I think he was very fortunate, to be perfectly honest, that it’s only a yellow card.

“Maybe because it’s so early in the game, but that was a vicious challenge and nowhere near the ball.”

Halliday was one of five players booked in the Hoops’ 2-0 win.

Had Halliday been sent off he would have missed Saturday’s meeting between the sides at Ibrox.

Celtic will be hoping to maintain their 100% win rate in Govan having won on their only previous visit to play the five year old club last Hogmanay when Moussa Dembele and Scotty Sinclair scored the goals.