Celtic Quick News on News Now
You are at:Home»Latest News»TURNBULL DILEMMA
By CQN Magazine on 21st May 2022 Latest News

DAVID TURNBULL brought down the curtain on a rollercoaster campaign by slotting away a superb goal against former club Motherwell in the 6-0 romp at Parkhead a week ago.

It took the midfielder’s goal tally to 10 – including a spectacular hat-trick in another 6-0 victory, this time against St Mirren, back in August – which is praiseworthy shooting considering the Scotland international missed a chunk of the campaign.

Turnbull limped off with a hamstring problem before the interval in the 2-1 Premier Sports League Cup Final victory over Hibs at Hampden on December 19 and was forced to undergo a lengthy period of rehabilitation.

TEN-SHUN…David Turnbull celebrates with team-mates Daizen Maeda and Tom Rogic after going into double figures with his strike in the 6-0 rout over former club Motherwell.

The 22-year-old playmaker, who cost £2.75million when he joined from Fir Park in August 2020, had to wait until May 7 before his first start of 2022 in the 4-1 home triumph over Hearts as the Hoops made virtually certain of their tenth title in 11 years.

However, club legend Chris Sutton reckons Turnbull is now facing a make-or-break season at the champions.

The former goalscoring great said: “Matt O’Riley and Reo Hatate gave emphatic tasters of what they can provide. Unfortunately, Yosuke Ideguchi didn’t really get the chance.

“But these three January arrivals have got huge boots to fill in the immediate future of Celtic.

“And I’d be pretty surprised if Ange Postecoglou doesn’t dip into the midfield market again this summer to further offset the losses of Tom Rogic and Nir Bitton.

“The bare facts tell you what a huge void has been left by the Aussie and the Israeli. 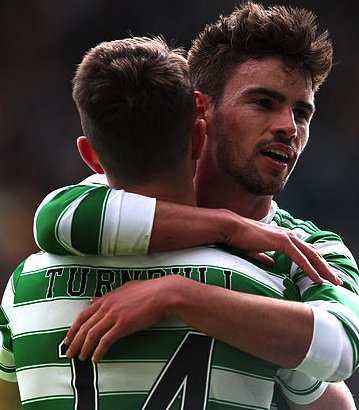 IT TAKES TWO…David Turnbull congratulates Matt O’Riley after the Englishman’s second goal in the 7-0 win over St Johnstone at Parkhead.

“Combined service of over 18 years and a total of 34 winners medals. There’s entire squads around at the moment who almost don’t have those numbers, never mind just two players.

“Rogic and Bitton got the send-offs they deserved seven days ago on that final Premiership afternoon against Motherwell.

“Postecoglou’s transfer business at the beginning of the year would suggest he’d a fair idea the pair of them were departing even if the rest of us didn’t. Either that or you can add seeing around the corners to the list of the Aussie’s talents.”

O’Riley and Hatate made immediate impacts after their arrivals in January as Celtic overcame Hibs and Hearts before their 3-0 rout of Giovanni van Bronckhorst’s Ibrox outfit on February 2 to go top of the Premiership for the first time in 18 months.

There was little let-up as the Englishman, a £1.5million bargain from MK Dons, and the Japanese international settled into the manager’s system and they remained in pole position until the crowning glory in the east end of Glasgow a week ago.

JUST CAPITAL…new Bhoy Reo Hatate leaps for joy after opening the scoring in the 2-1 win over Hearts in Edinburgh on January 26.

Sutton, speaking to the Daily Record, continued: “Given these factors, it might be a crossroads moment for David Turnbull.

“The Scotland international played a huge part in the first half of last term when the likes of O’Riley and Hatate were at other clubs. He carried a burden and delivered.

“Turnbull paid the price for a heavy schedule when suffering injury in the Premier Sports Cup Final and that allowed O’Riley and Hatate to jump above him in the pecking order when he was working his way through his rehabilitation.

“Turnbull scored against Motherwell last weekend to offer a reminder of what he can do and, of course, Postecoglou needs a big squad to cope with the demands of another full fixture lost including Champions League next season.

“McGregor starts. Full stop. Every game, if he is fit. That leaves two midfield places up for grabs in the manager’s current system and, to my eye, they are owned at this minute by O’Riley and Hatate and that is even before the market opens.

“I have little doubt that Postecoglou will go into this window with another midfielder on his radar. In fact, I’m almost sure of it.” 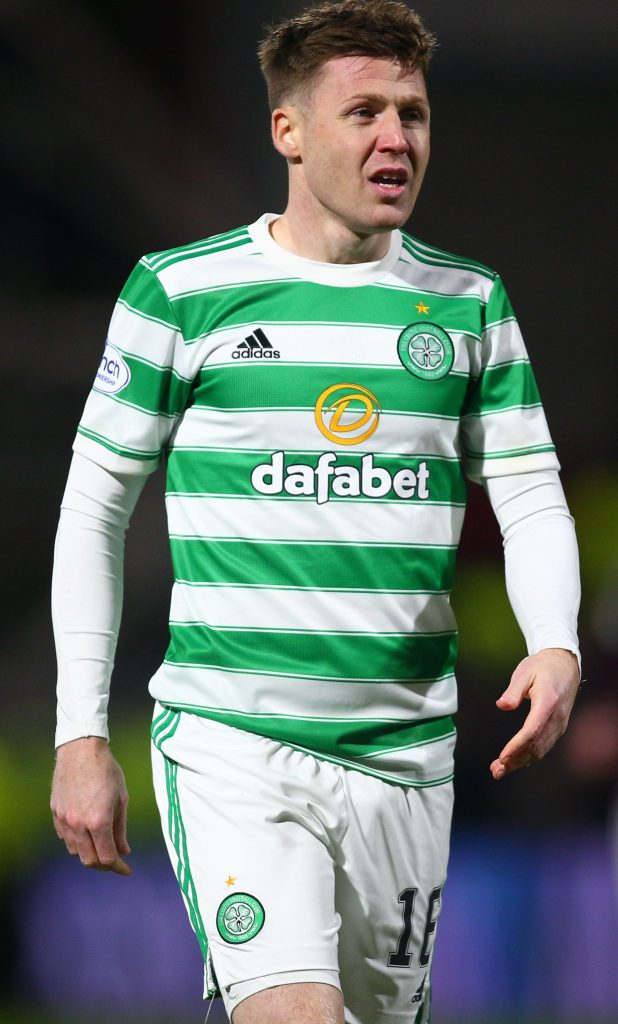 MAN ON A MISSION… James McCarthy has to prove his worth in the new season.

The one-time England international forward added: “Incidentally, I’ve not forgotten James McCarthy. He was about the only Postecoglou signing who didn’t really shine last season and he faces a fight to get involved.

“Now he didn’t get a pre-season and had some niggles afterwards, so, maybe, with a summer of training in the group under his belt, he can still play a part in the future.

“If he gets to full speed, he’s got the CV to cover Bitton’s departure as back-up holding midfielder. But that’s a big if.

“It’s going to be fascinating to see how Postecoglou goes about tweaking and improving over the next few weeks.

“Seeing how he deals with the midfield area intrigues me as much as any.”