DAVID TURNBULL has revealed Ange Postecoglou held crunch talks with the players after Celtic’s 1-0 flop at Livingston on Sunday.

The Hoops were massively disappointing as they stumbled to their third consecutive away Premiership loss and their sixth defeat out of seven encounters on their travels.

They had 75 minutes to get back into the match in West Lothian against a team that hadn’t won a solitary game since the start of the campaign and they failed miserably to meet the challenge. In truth, it was a shocker of a performance, irrespective of a team still gelling and without some top-class performers.

As the manager prepared his squad for this evening’s Premier Sports League Cup quarter-final with Championship side Raith Rovers at Parkhead, Turnbull admitted there had been clear-the-air talks. 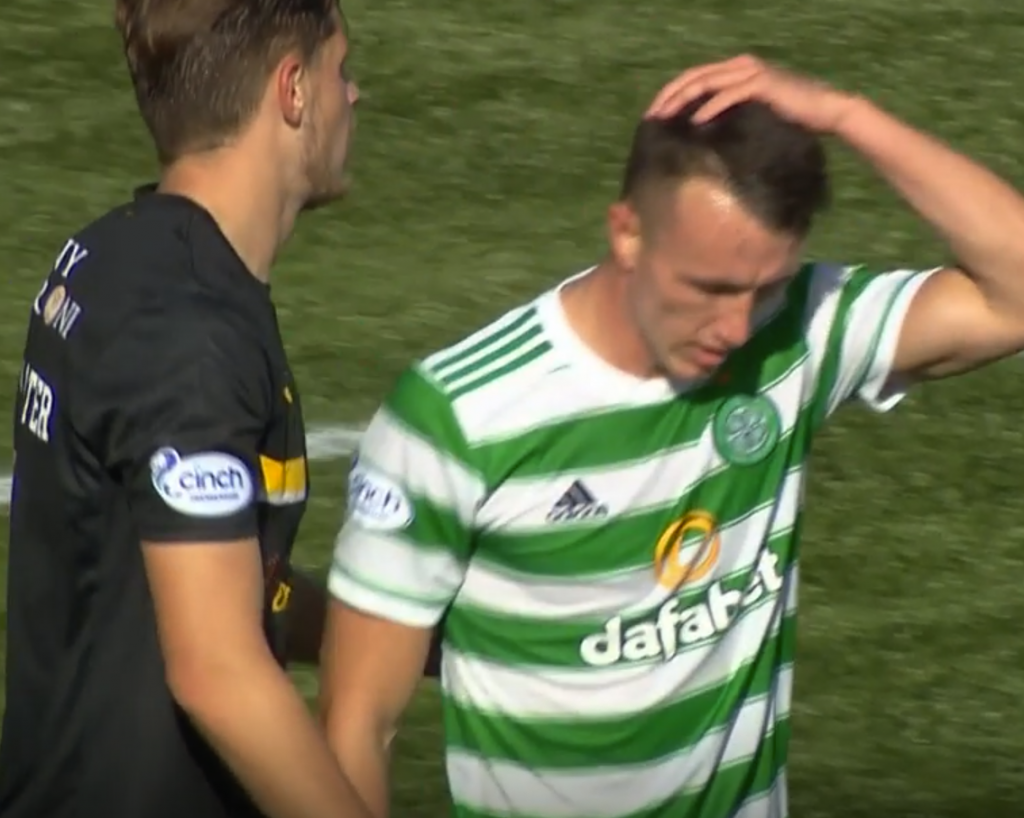 OH NO…David Turnbull shows his anguish after missing a good opportunity in the first-half.

The Scotland international midfielder said: “We know Sunday wasn’t good enough, but the games are coming thick and fast.

“It’s just about putting that right with the game tonight and we are all looking forward to it.

“We had a meeting during the week and we were just discussing everything.

‘Where we felt we went wrong, how to put things right and put our style of play to good use. It’s just about doing that in every game and we have gone over that and, hopefully, it starts clicking for us now.

“The supporters came out in their numbers on Sunday and it was disappointing not to send them home happy.

“We have sent them home happy a few times this season and you feel good about yourself doing that. It’s just about putting a run together now. I’m sure the fans will be behind us, they always are and it’s about providing the results for them.” 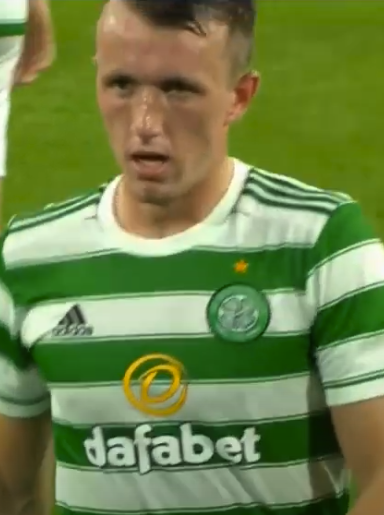 NOTHING TO SMILE ABOUT…David Turnbull at the end of a disappointing 90 minutes.

Turning his focus to the challenge of the Fifers, Turnbull, speaking to Celtic TV, added: “It’s huge, that’s where everybody wants to perform, it’s one of the biggest stages.

“Going to the national stadium, you know you’re in an important game and getting to the semi-final would be great for the boys.

“We’re fully focused on tonight, getting the job done and then we’ll see where that takes us.

“We’ve gone through them as the opposition, they’re a good side. We know they like to pass the ball a lot and try to play it out.

“We’ll see if they try to do that or not, but they are a good side and we know we have to be on our game facing them.”