Some were munching the free pies and ham sandwiches which were passed up by the Manchester City supporters at the Louden Tavern.

Others were quick to construct a negative from what was an impressive performance from Celtic which shines a positive light on Scottish football around the world.

The best they could do was come up with the line that the Scottish champions had now conceded 10 goals in two Group C matches.

One such Zombie even took to Twitter to challenge BBC sports reporter Tom English on the apparent “media spin” surrounding Celtic’s wonderful performance, pointing out that Celtic had lost ten goals and had only one point after two games.

English responded by asking “And your team is…”

And at this point a Celtic supporter jumps in, with a brilliant retort that you will love. See this exchange below and enjoy the killer Celtic reply from Paolo… 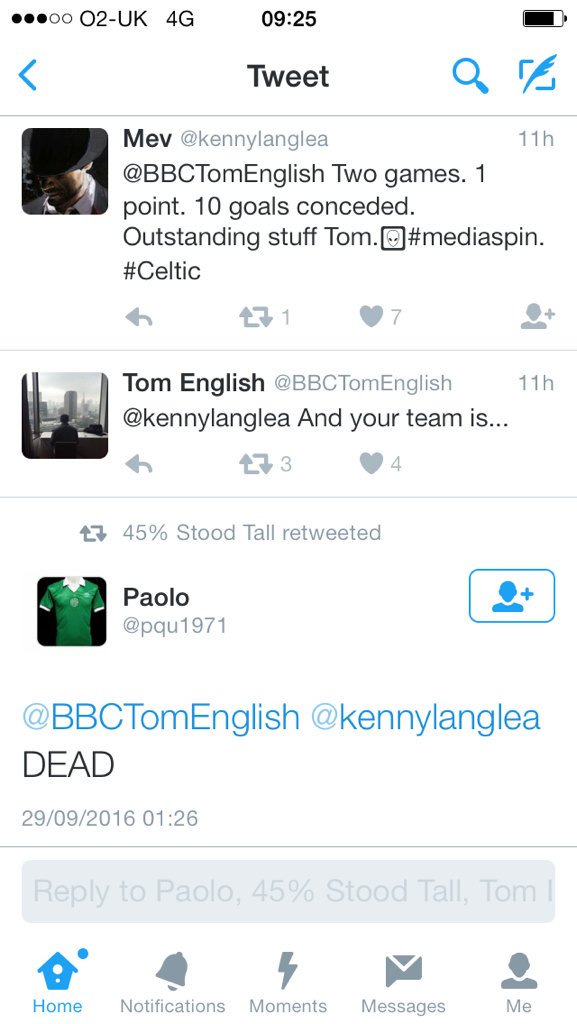