PROUD Bhoy Callum McGregor hailed the Celtic support as “unbelivable” as he unfurled the Premiership flag before the 2-0 victory over Aberdeen.

A packed Parkhead was in fine voice as they applauded last season’s mighty effort by their favourites – and as they prepared for the big kick-off to the 2022/23 campaign.

Before Ange Postecoglou’s men got down to business, the influential skipper was given the honour of raising the flag as Paradise went into celebratory overload. 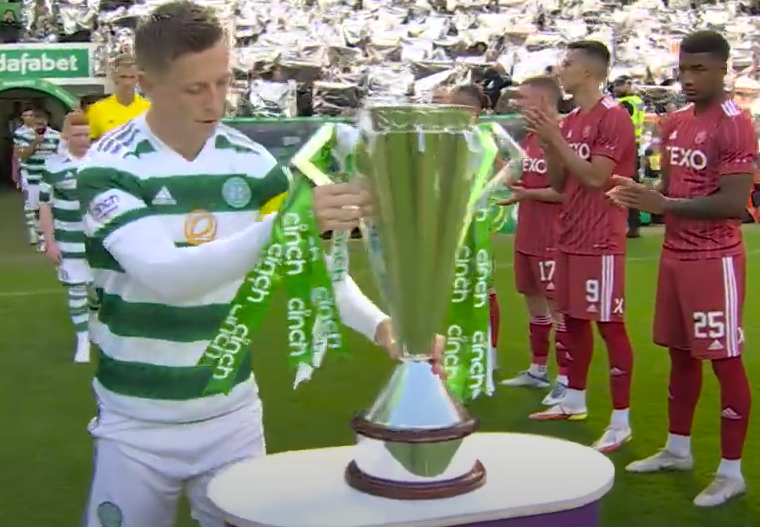 A BIG HAND…Callum McGregor places the Premiership silverware on the podium as Aberdeen players sportingly applaud at Parkhead.

“It was brilliant. I was super proud and I’m really grateful to the club for asking me to do it. You could feel the energy in the stadium – it was a brilliant moment.

“Now it’s down to business, so let’s see if we can go and do it again.”

Reflecting on the game, McGregor, speaking to the Celtic website, added: “We started really well and in the first 35 minutes showed some sharp and really intense football.

“It was a terrific strike. We know he has that quality and it was worthy of winning any game. 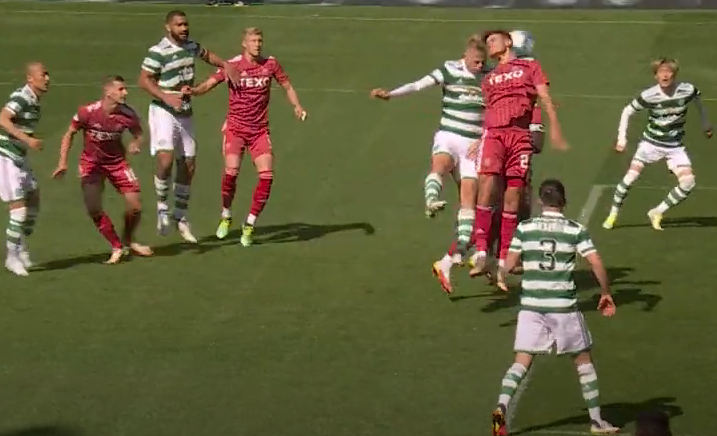 HEADS I WIN…Stephen Welsh glances in the opening goal of the new Premiership 2022/23 campaign.

“A lot of the play was good. We had good control, playing through the lines really well but maybe just lacking that little bit of sharpness in front of goal.

“It is early on, but we want to keep drumming it into the players that when we get these kind of opportunities we try and put them away and be as ruthless as we can.”

Stephen Welsh headed the Hoops in front inside three minutes before Jota’s wonder strike 15 minutes from the end sealed the points.

Now all eyes are on Dingwall on Saturday as Celtic face Ross County ina dress rehearsal for the Premier Sports League Cup second round meeting at the same venue on August 31.