CHRIS SUTTON has hit back at the critics who refuse to give Neil Lennon’s Celtic side the plaudits they deserve after good performances.

The champions were in the spotlight last month when the snipers had a field day following their 4-3 loss to Cluj at Parkhead which brought about their unexpected exit from the Champions League.

The Hoops were also pilloried for a lacklustre performance in the League Cup against Championship side Dunfermline in the aftermath of the shock of losing to the Romanians.

A James Forrest winner minutes from the end of extra-time prevented the tie against the Fifers going to the lottery of penalty-kicks.

However, it looks as though boss Lennon is turning things around with an entirely new backline and goalkeeper from the strongest formation last season.

Scott Bain took over as the No.1 keeper from Craig Gordon after the turn of the year and Mikael Lustig and Dedryck Boyata quit at the end of their contracts in June.

Filip Benkovic returned to Leicester City when his loan period expired and Kieran Tierney joined Arsenal in a record £25million deal before the English transfer deadline.

Fraser Forster was in goal in Thursday’s solid 1-1 draw with Rennes in the opening Europa League group encounter in France on Thursday. 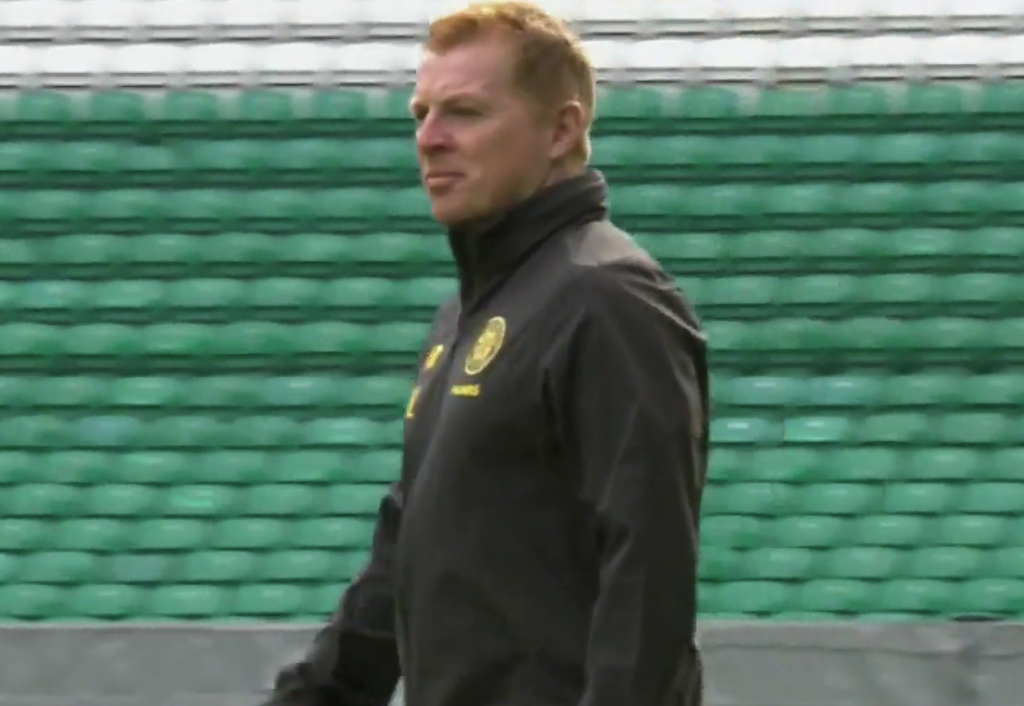 ALONE WITH HIS THOUGHTS…Neil Lennon at Parkhead.

In front of him he had Hatem Abd Elhamed, Christopher Jullien and Boli Bolingoli, who all arrived in the summer, and Kristoffer Ajer.

Former Hoops striking hero Sutton, writing in the Daily Record, said: “I heard one or two people saying Rennes weren’t up to much, but that’s typical when Celtic get a result away from home.

“Too often in these situations, folk want to look at the failings of the opposition instead of dishing out some credit to Celtic and that’s unfair.

“This is a team who are second in Ligue 1 and have beaten Paris Saint-Germain the other week in a stadium with a big atmosphere. The same PSG who hammered Real Madrid in midweek. That gives some perspective to Celtic’s performance.

“It was strong and it was impressive. Given that Cluj, who Lennon’s team really should have beaten in the qualifiers, defeated Lazio, it proves his pre-match assertion that the section is wide open to be correct.

“Clearly, Celtic have nothing to fear in the next five games. And there are some many reasons for Celtic fans to be excited and encouraged by what’s coming next on the Continent.”

Sutton continued: “Neil has massive reason to be positive going forward in the Europa League.

“As well as their domestic domination, the evidence on Thursday night suggests Celtic are equipped to do well on the Continent in the weeks ahead.

“Lennon’s team turned in an excellent performance of quality and maturity in Brittany.

“In various departments of the team, there was reason to be hugely satisfied and excited at the same time.

“Lennon said after the game the team he has now is better than the one he had in Rennes the last time was there in 2011.

“Given the success those boys would have in the future by beating the likes of Barcelona in the Champions League, that’s a big statement.”

Sutton added: “The Cluj defeat in the Champions League qualifiers is the one blip on the European CV this season and I said after that match that the problems were that Lennon needed an upgrade in goalkeeper and the defending needed to be much better.

“Watching the contest in France, you could see the manager has made those improvements.

“Fraser Forster might not have had a lot to do, but you can see he has that stature and presence and he’s going to be massive for the team in the rest of the competition.

“In front of him, Christopher Jullien looks like he’s going to a rock for Celtic. 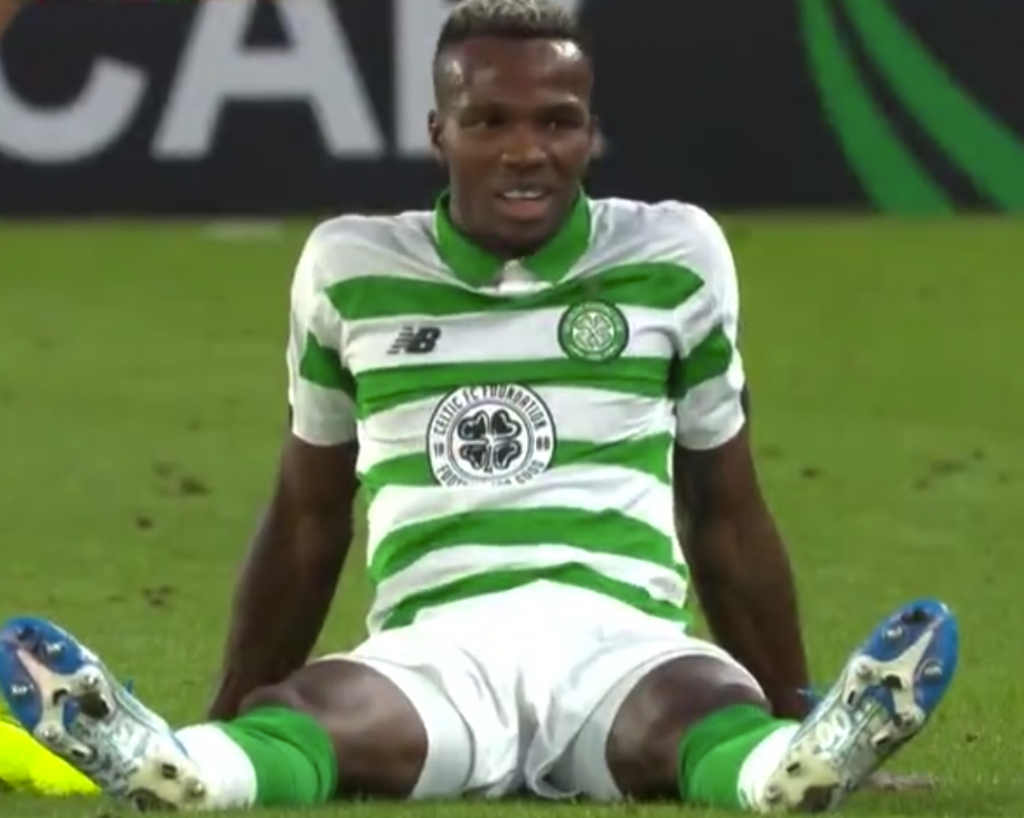 BELGIAN IN BOTHER…Boli Bolingoli looks in distress before being forced to leave the pitch on Thursday night.

“Jullien doesn’t look like a bombscare to me. He has the makings of a leader and he was terrific back in his homeland.

“Beside him, Kristoffer Ajer has all he potential in the world. Granted, he made a big mistake against Rennes with the way he gave away the penalty, but everyone is allowed a blunder. This pair are strong and Hatem Abd Elhamed is another signing who looks dependable and safe.

“There’s nothing flashy about the Israeli and, in many ways, that’s the best thing about him. There’s no drama there. He’s strong, he’s diligent and he does his job well for the side.

“Boli Bolingoli might still have a rick in him now and again, but he’s getting better and, although it was a shame he suffered the injury,

“Jonny Hayes’ positional sense was very good when he entered the fray and Greg Taylor has been signed for that position.”

Kilmarnock visit Parkhead on Premiership business tomorrow afternoon and Taylor, bought for £2.25million from the Rugby Park side on transfer deadline day, is standing by to make his debut.

The Scotland international has struggled with injury for the past month, but may get then nod to take over from Bolingoli who was replaced by Hayes in France.

The Belgian came off with what looked like a groin injury and Lennon insists he will not rush him back into his first team until he is is 100 per cent fit.