ANTHONY RALSTON didn’t hesitate to give an answer when he was asked about Tom Rogic’s qualities.

“Unplayable,” he shot back to his inquisitor.

The Celtic right-back was discussing his team-mate following the 4-0 demolition job on Motherwell at Fir Park yesterday where the waltzing Australian made a stunning two-goal return to the side.

Rogic, who has been rejuvenated since the summer arrival of his former international manager Ange Postecoglou, was denied a hat-trick only by the woodwork as he took centre stage in the 4-0 victory which was flanked by strikes from Liel Abada and Daizen Maeda. 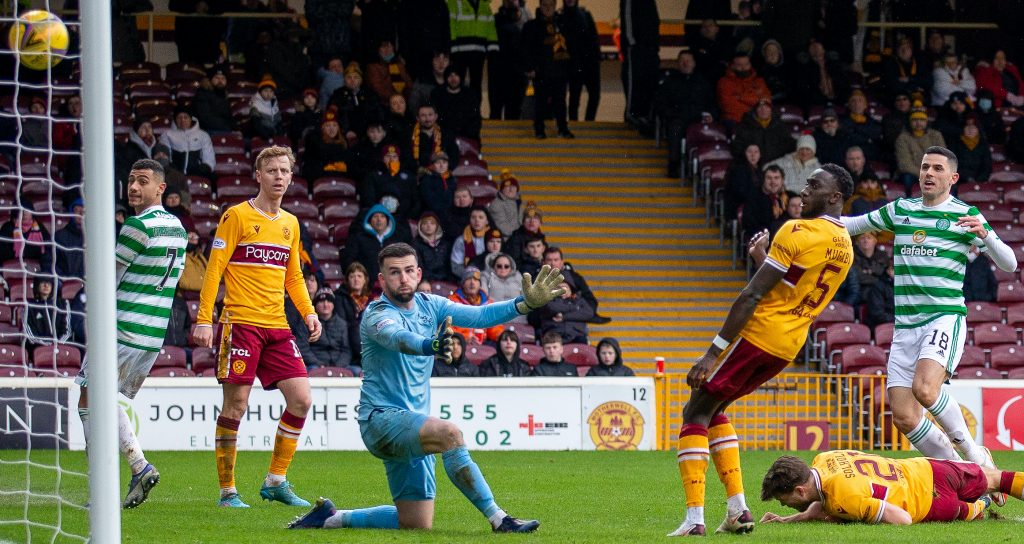 The stylish 29-year-old playmaker had missed the wins over Hearts, Dundee United and Giovanni van Bronckhorst’s Ibrox outfit in which new Bhoy Matt O’Riley, a £1.5m million bargain from League One MK Dons, had impressed in his absence.

But Postecoglou had no second thoughts about pushing the Aussie into the firing line at a dodgy venue in tricky conditions.

And Ralston, who also turned in a solid performance, said: “When Tom’s on top form, he is unplayable, you can all see that for yourselves.

“It’s terrific to play with him, especially down that side and it makes my job easier.

“He gives me that option when I’m on the ball, coming inside or on the outside, so he was terrific again.”

UP IN THE AIR…Tom Rogic gets a good view of Liel Abada’s effort in putting the ball over the line, but, unfortunately, it was ruled out for offside.

The victory – with the Hoops three goals ahead again at the interval as they were in midweek against the Govan club – ensured the Parkhead side remained at the Premiership pinnacle by a point as they prepare for the midweek trip to Pittodrie to take on Scott Brown’s Aberdeen.

Captain Callum McGregor made it abundantly clear there was still long way to go in the quest for a tenth title in 11 years after the rout five days ago.

Ralston, speaking to the Daily Record, added: “I think it was quite a natural thing to be said. We take each game as it comes and don’t get too carried away.

“It was a terrific performance on Wednesday night and it was important that we put it behind us and focused on this.

“We knew it was a difficult place to come. We’ve got the job done and it’s now important that we stay humble. 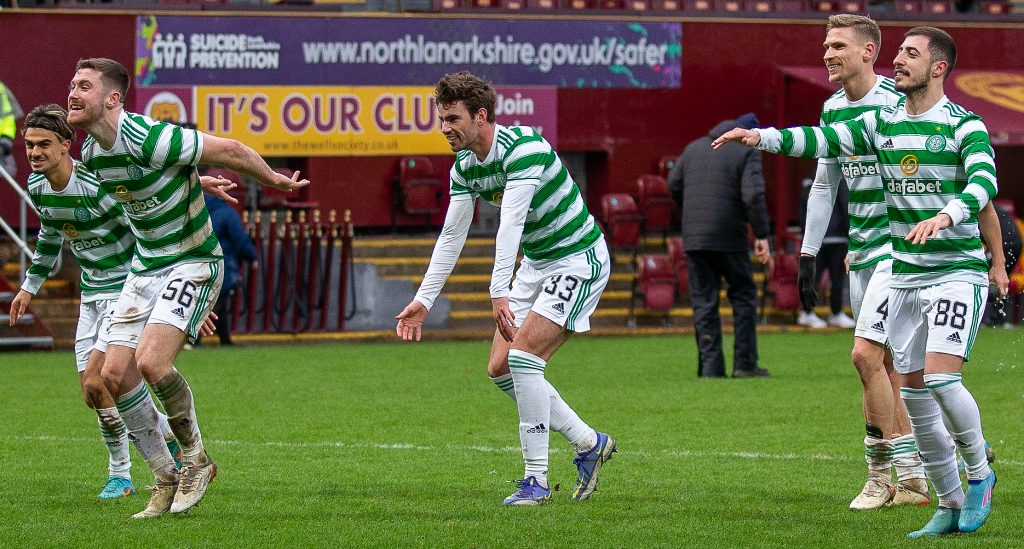 “We’re delighted, it’s not an easy place to come. To play the way we did was good.

“The style of football we’re playing is enjoyable for all of us. We’ve all got our own roles in the team and that then contributes to coming together as a team.

“It’s showing in our performances and results that it does work. To a man, we believe in what we’re doing and we need to keep doing it.

“We’ve got a lot of games, it’s a busy schedule. But we take each game as it comes, we don’t get too far ahead of ourselves.

“We’re in a very good place and we’re all enjoying our football.”