Celtic Quick News on News Now
You are at:Home»Football Matters»UNSEEDED SEVCO HAPPY TO FACE CELTIC
By CQN Magazine on 27th August 2015 Football Matters
NICKY CLARK has fired a warning to League Cup holders Celtic – and insisted Mark Warburton’s ‘new Rangers’ are ready for them if they are drawn together in the competition later this afternoon.
In the first meeting of Glasgow’s Big Two – in last season’s League Cup semi-final at Hampden – Celtic beat Kenny McDowall’s side far more convincingly than the 2-0 scoreline suggested.
The Hoops were two goals ahead at the interval with efforts from Leigh Griffiths and Kris Commons, but were content to keep possession in the second-half as the fans urged them to pile on the misery.
But Clark believes that, under new boss Warburton, the improving Ibrox side would be in with a far better chance of eliminating the champions in this campaign if they are paired in the last 16. 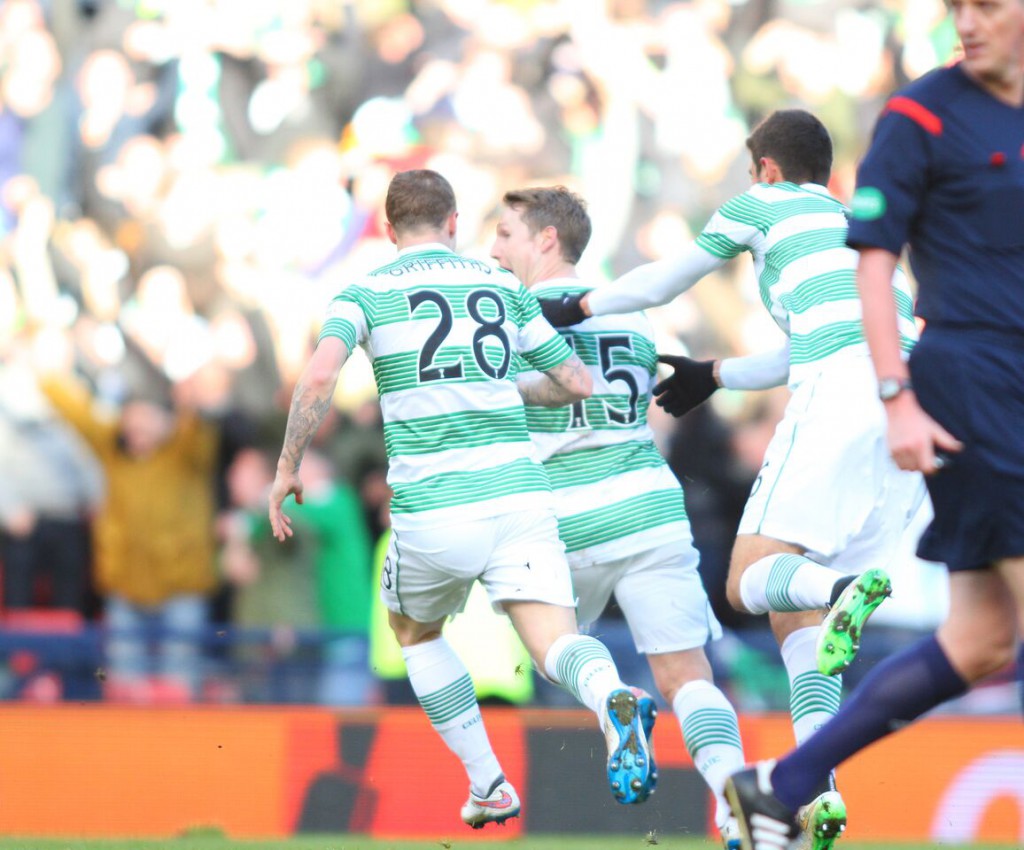 He said: “‘I would WELCOME it. You always want to play in the big games and there are not many bigger games than Rangers (sic) against Celtic.
“So, we would look forward to if it comes, but there are a lot of games we need to take care of before we get to the next round.
“But I think you can see in our performances since the start of the season that we have progressed a lot from last year. So if we were to draw Celtic in the Cup, I think we would be ready for them.”

Warburton also insisted that his side would have no fear of the draw – including being paired with Celtic.

Asked if he fancied a game against Ronny Deila’s outfit, the Englishman said: “I don’t mind who we draw.

“You have seen that we can handle ourselves on a football pitch – so we look forward to whoever we get.

“We look forward to the draw and we don’t mind who we play. And I think we will pose a big challenge for a lot of teams.”

As an unseeded team, the Ibrox side are guaranteed to meet Premiership opposition in today’s Hampden draw.
But could they beat Celtic? It’s more likely Joe Pasquale will be asked to do the next voice-over for Carlsberg lager.
Click Here for Comments >
Share. Twitter Facebook Google+ Pinterest LinkedIn Tumblr Email
Previous Article‘NOT ASHAMED JUST NOT AT THE RACES’ COMMONS
Next Article ‘WE WEREN’T SCARED, WE WERE SHOCKING’ SCOTT BROWN