CQN today continues it’s look behind the scenes as Celtic players and boss Neil Lennon and his backroom team prepare for the rigours of matchday action.

These are the rarely-seen candid snaps with the Hoops off guard as they go through their individual rituals before the whistle sounds to get proceedings underway.

CQN‘s ace snappers were on hand to capture the players as they prepared for some crucial encounters in February with Premiership points to be picked up and an intriguing Scottish Cup-tie against Clyde in Cumbernauld on a treacherous plastic surface to be faced. The Broadwood pitch had proved to be a banana skin for Gordon Strachan’s side, then the holders, back in 2006.

Thankfully, there was no sensation this time around with Olivier Ntcham, skipper Scott Brown and substitute Vakoun Issouf Bayo scoring the goals that took the champions into the next stage and another way day in Perth against St Johnstone. 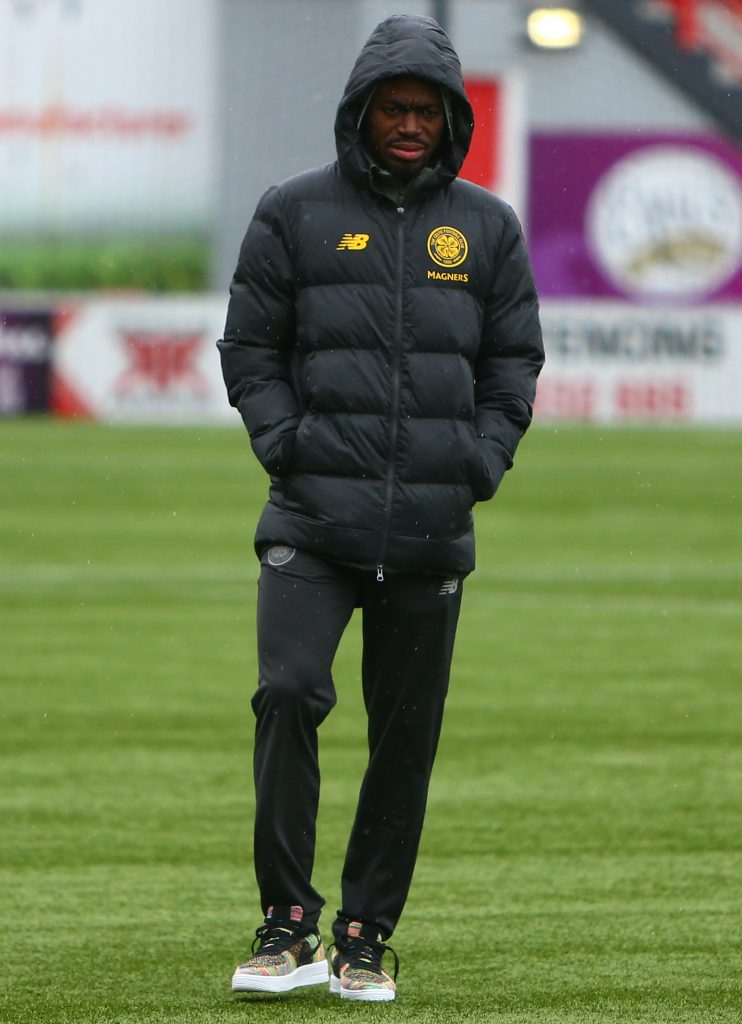 WELCOME TO SCOTLAND…new Bhoy Ismaila Soro is introduced to the artificial surface at Hamilton. 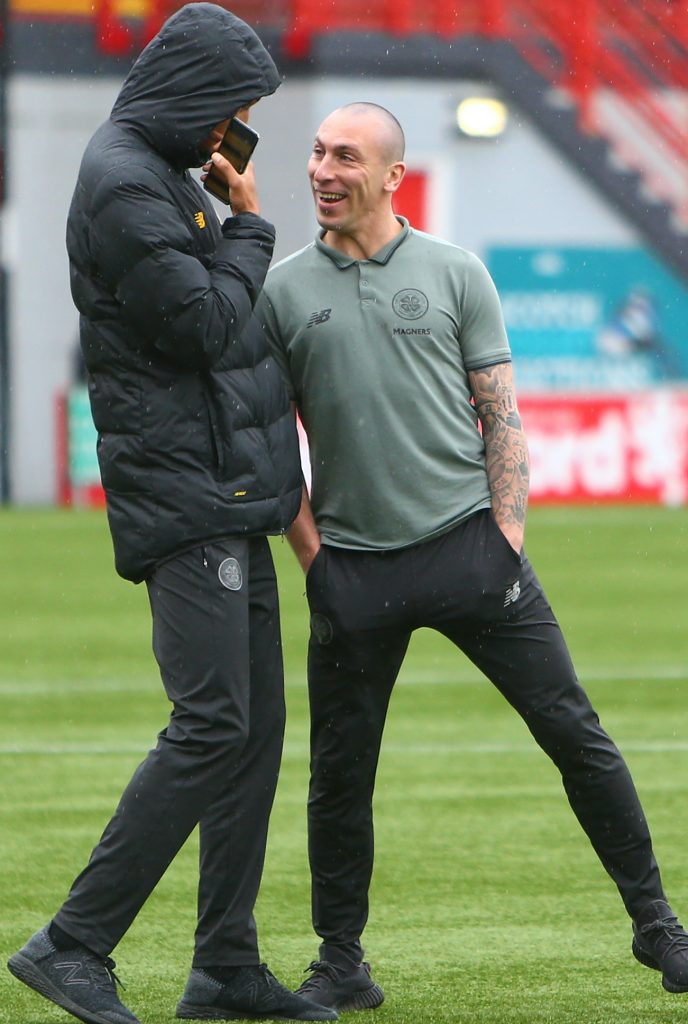 HEARD THE ONE ABOUT? Skipper Scott Brown, in his usual short sleeves, enjoys a joke with a wrapped-up Christopher Jullien. 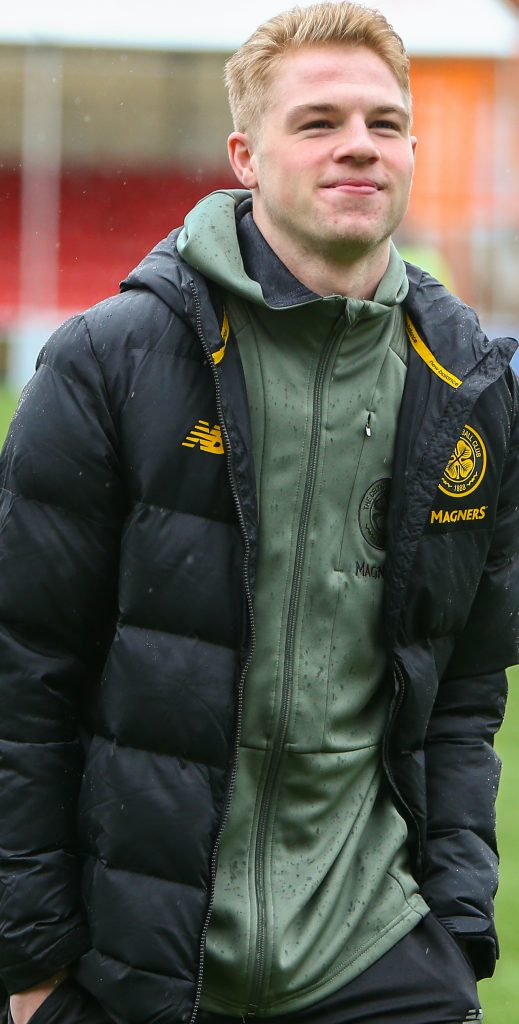 WELSH WONDERS…debutant Stephen Welsh is all smiles as he gets ready to face Accies. 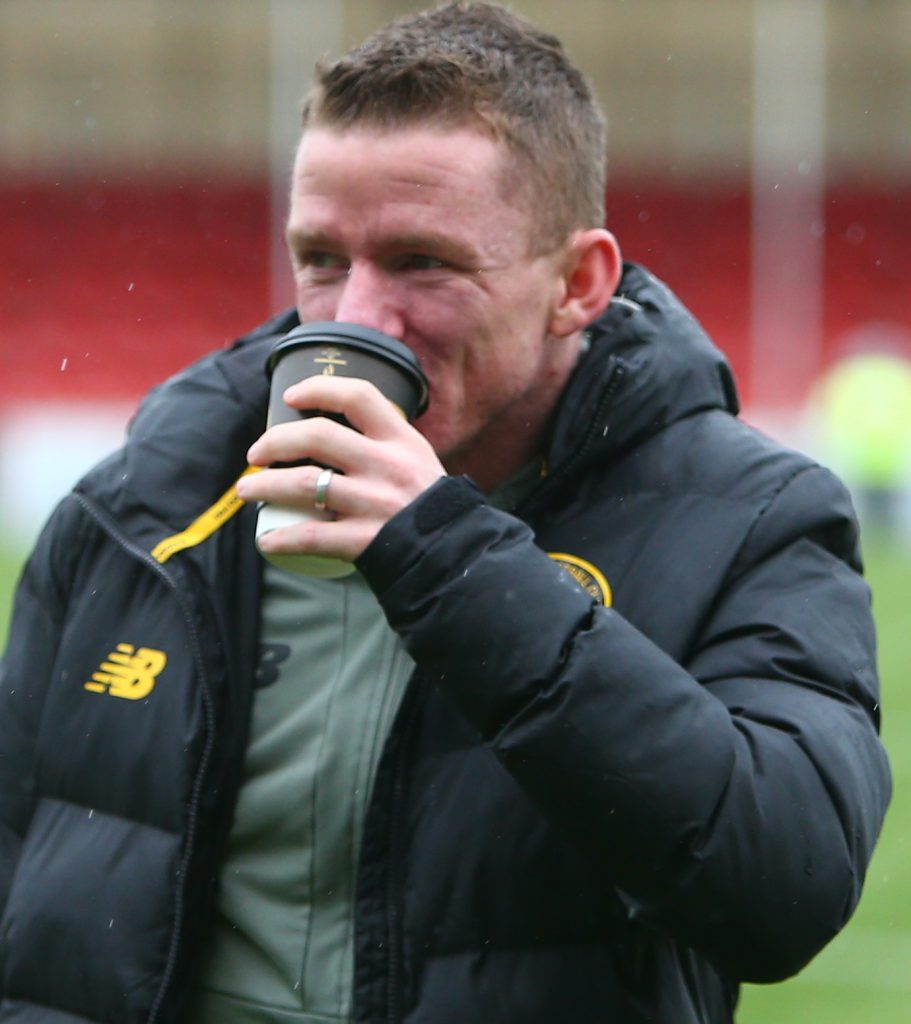 I’LL DRINK TO THAT…Jonny Hayes enjoys a warm cuppa before the action starts. 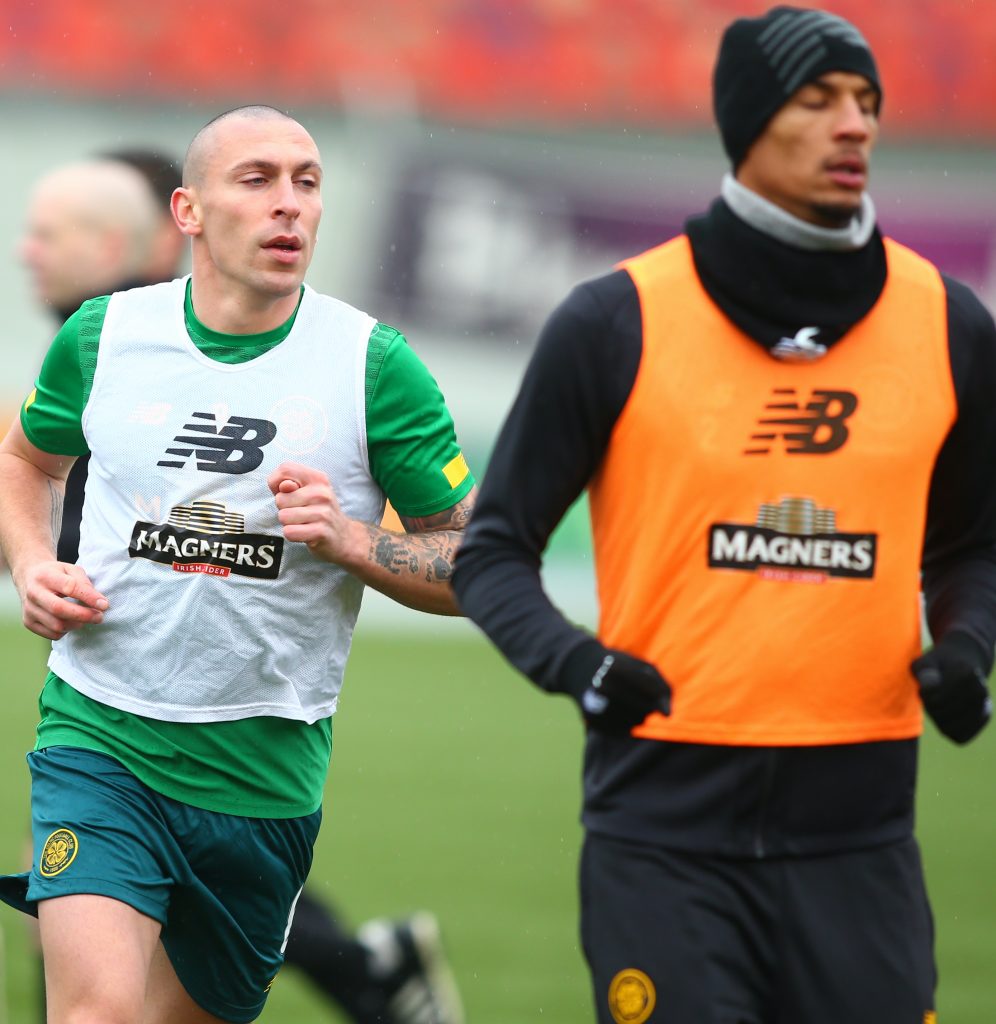 BRING IT ON…Scott Brown and Christopher Jullien get ready during some pre-match routines. 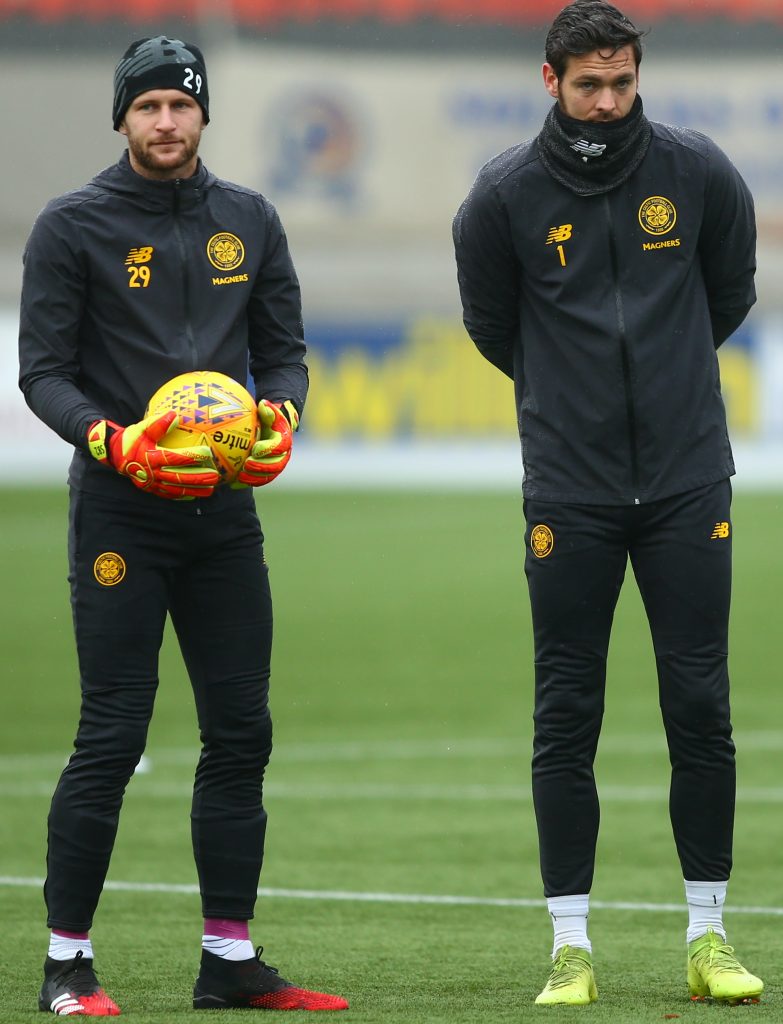 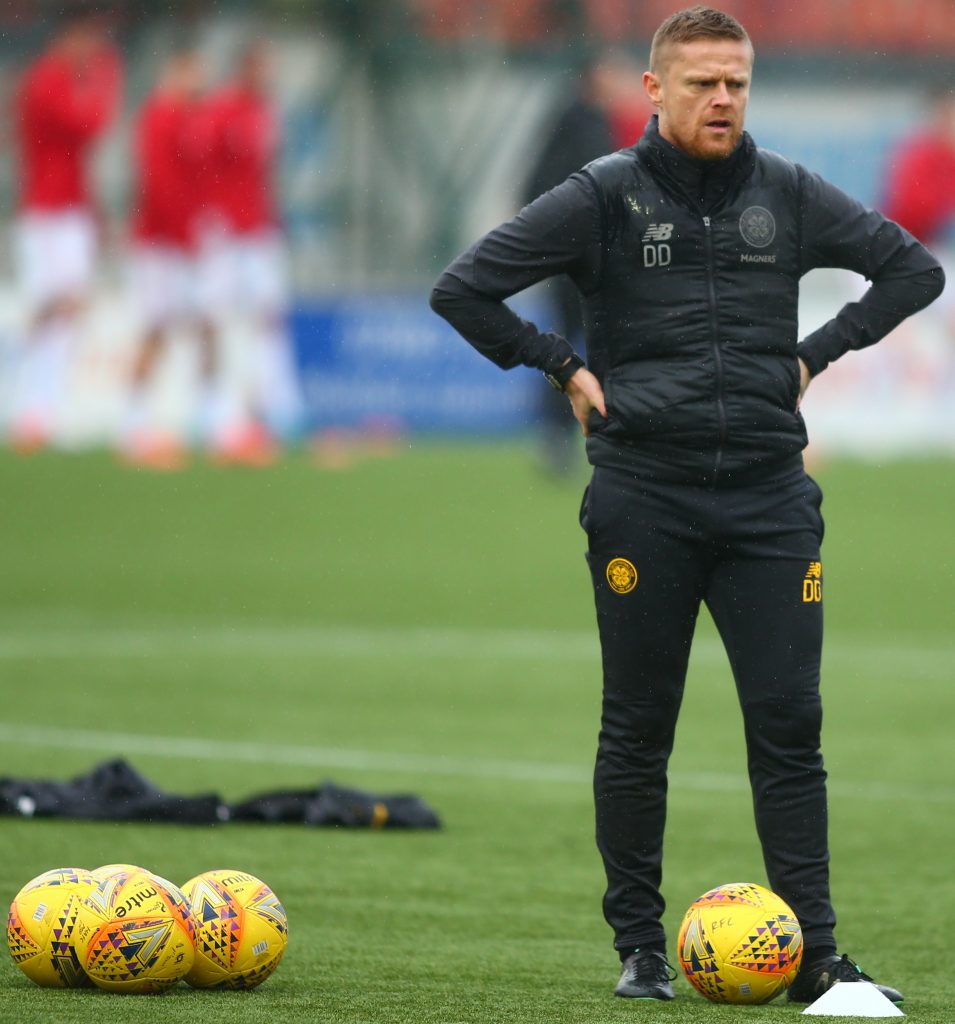 BALL BHOY…Damien Duff prepares to kick off a warm-up exercise. 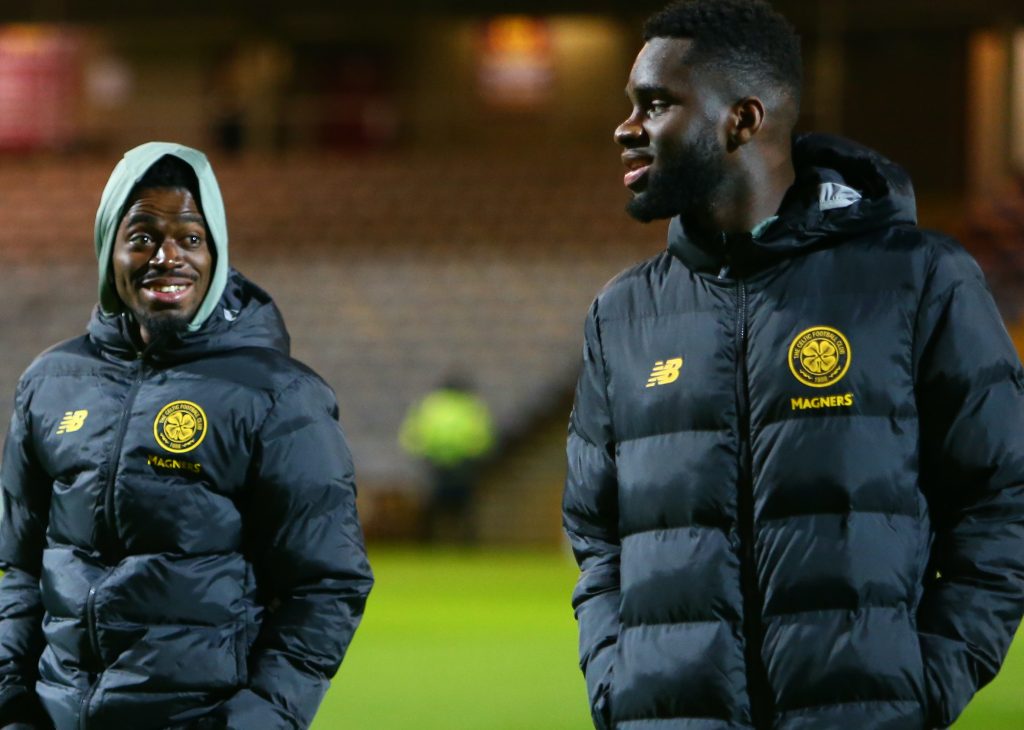 CHAT SHOW…Ismail Soro talks to Odsonne Edouard before the match against Motherwell at Fir Park. 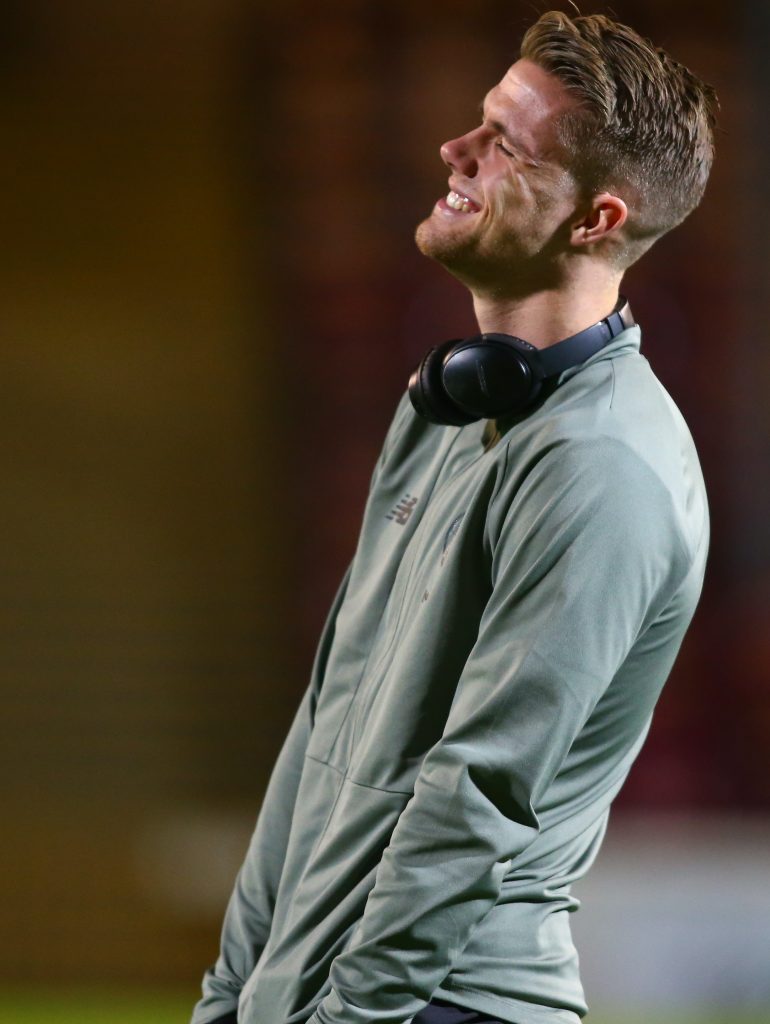 THE JOKER…Kristoffer Ajer relaxes before kick-off. 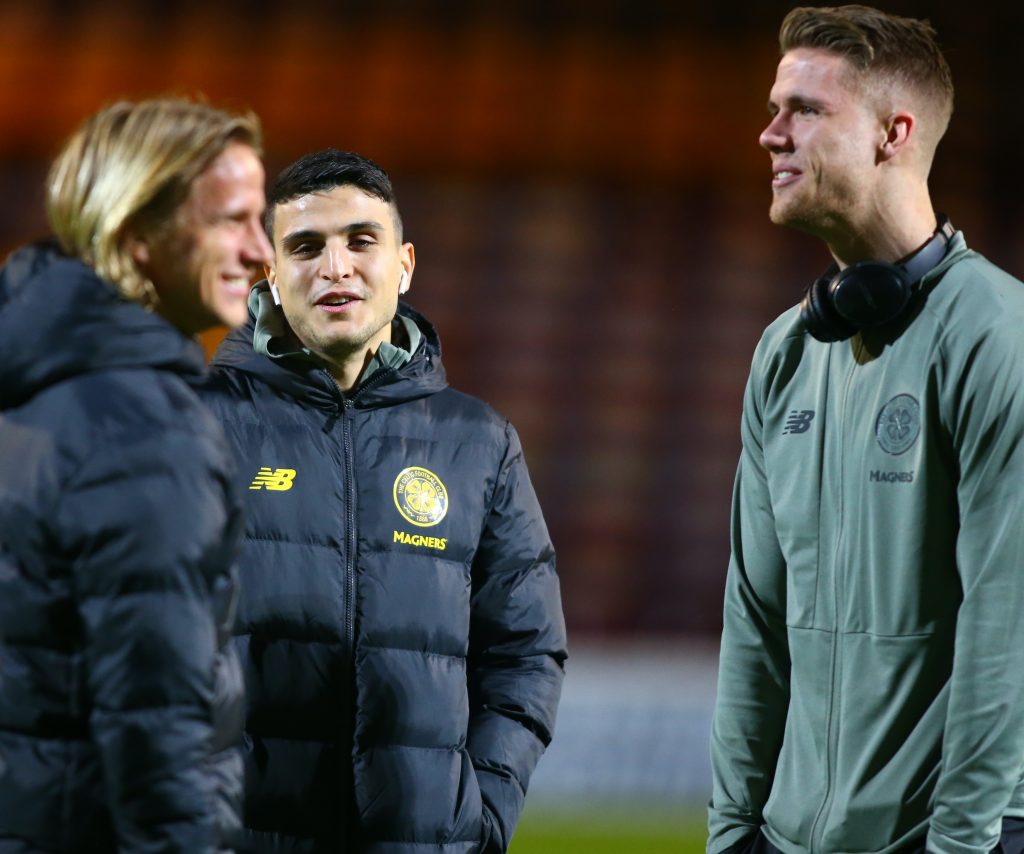 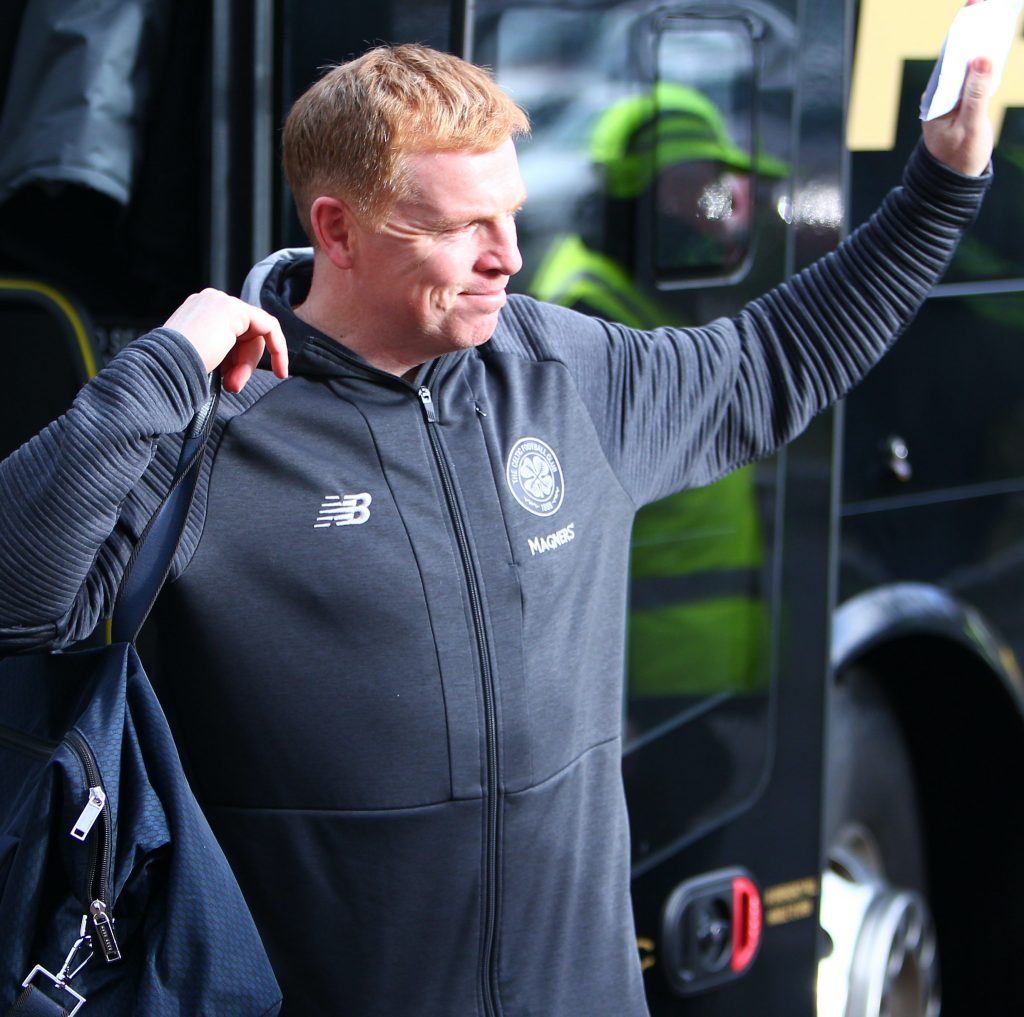 BROADWOOD CALLING…Neil Lennon arrives for the Scottish Cup-tie against Clyde. 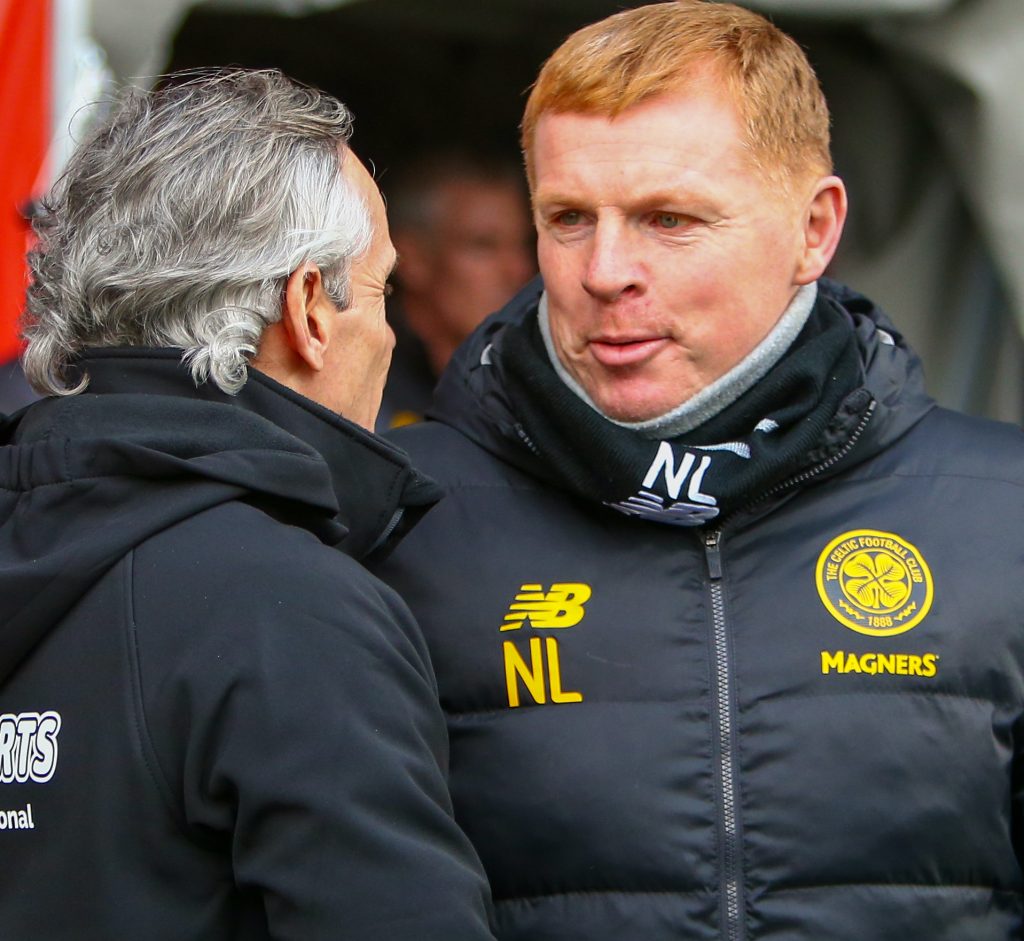 LENNON v LENNON…Celtic boss Neil tlaks to his namesake Danny, the Clyde gaffer, before the kick-off in Cumbernauld.