VIRGIL VAN DIJK thanked Celtic as he picked up the PFA Players’ Player of the Year award last night.

The £75million Liverpool centre-half, who joined the Hoops in a bargain £2.6million from Dutch outfit FC Groningen in the summer of 2013, left in a £13million switch for Southampton two years later.

The Dutch international proved to a revelation at St Mary’s and it was no surprise when he was signed by Jurgen Klopp at a record fee for a defender in January last year. He has been a tower of strength in the Anfield side as he has guided them through the minefield at home and abroad.

Van Dijk is now preparing to face the superstars of Barcelona in the Champions League semi-final first leg in the Nou Camp on Wednesday evening. 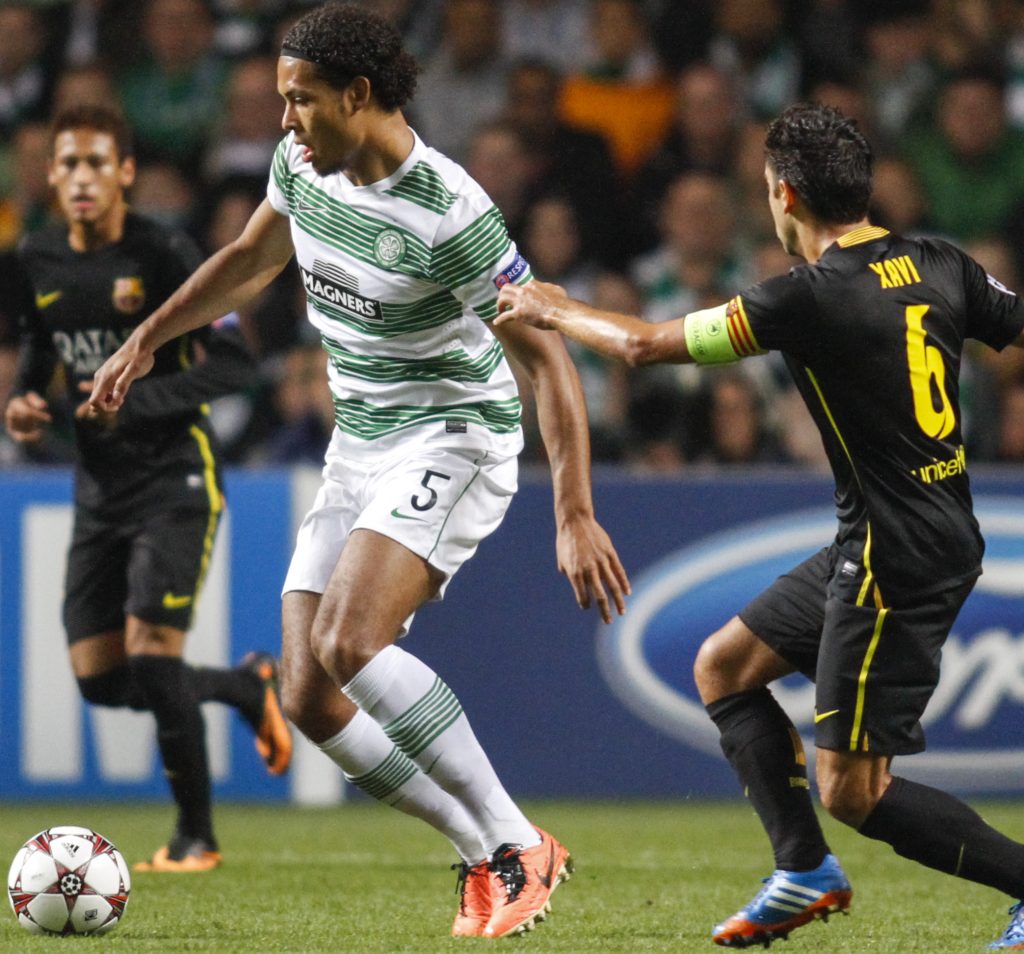 The 27-year-old classy centre-half was signed by present gaffer Neil Lennon and he thanked his former team as he accepted his award.

Van Dijk, speaking to the Daily Record, said: “I want to thank my team-mates, my wife, my kids.

“And Celtic obviously as well, not to forget.