ANTHONY RALSTON prepared to put the finishing touches to his remarkable resurgence with a breakthrough goal in his first start for Scotland in their 2-0 win over Armenia at rain-lashed Hampden last night.

The Celtic right-back’s career was in the balance this time last year before Ange Postecoglou triggered a 12-month extension that brought the reward of a four-year contract as the defender revelled in the arrival of the Greek-Australian gaffer.

At the national stadium, Ralston celebrated big-style in front of the cheering fans – but knows he will have little time to dwell on his strikes with two more Nations League games due in the next six days. 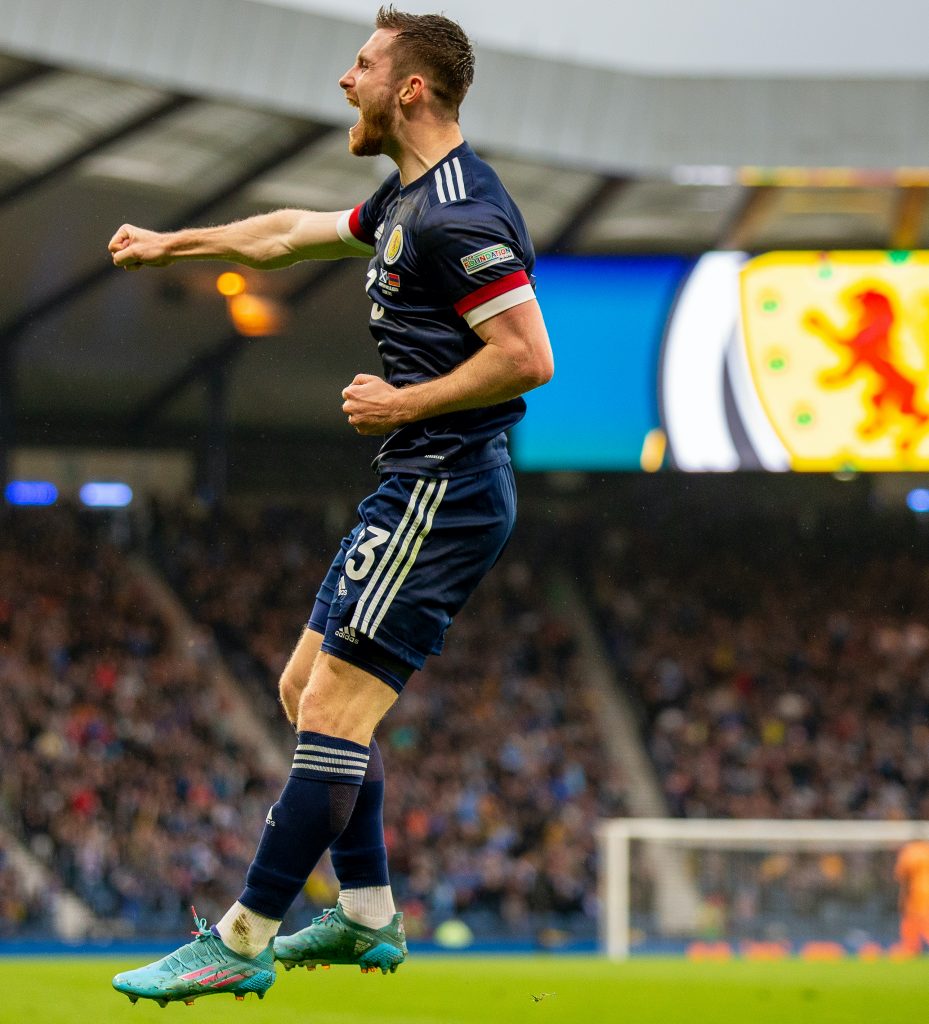 HIGH AND MIGHTY…Anthony Ralston celebrates the opening goal for Scotland.

The 23-year-old powerhouse was in the thick of the action right from the off and set up two opportunities for ex-Hoops colleague Stuart Armstrong and skipper Andy Robertson before opening the scoring with a back-post header.

Ralston was impressive throughout his 75 minutes on a sodden surface as he turned in a Man-of-the-Match performance and left to a standing ovation from the appreciative Tartan Army.

“I enjoyed every minute of it and I’m just happy to have contributed to the team.

“It’s a very proud moment, my family and my wee girl were here, to be standing there singing the national anthem will live with me forever.”

Ralston broke the deadlock in the 28th minute when he rose to thump in a delicate cross from Armstrong.

The all-action full-back, speaking to Premier Sports, continued: “I just tried to get myself in at the back post, I’ve headed it down and at the angle that I was at I didn’t know if it was going it, but I could see it hit the net so that was another proud moment. 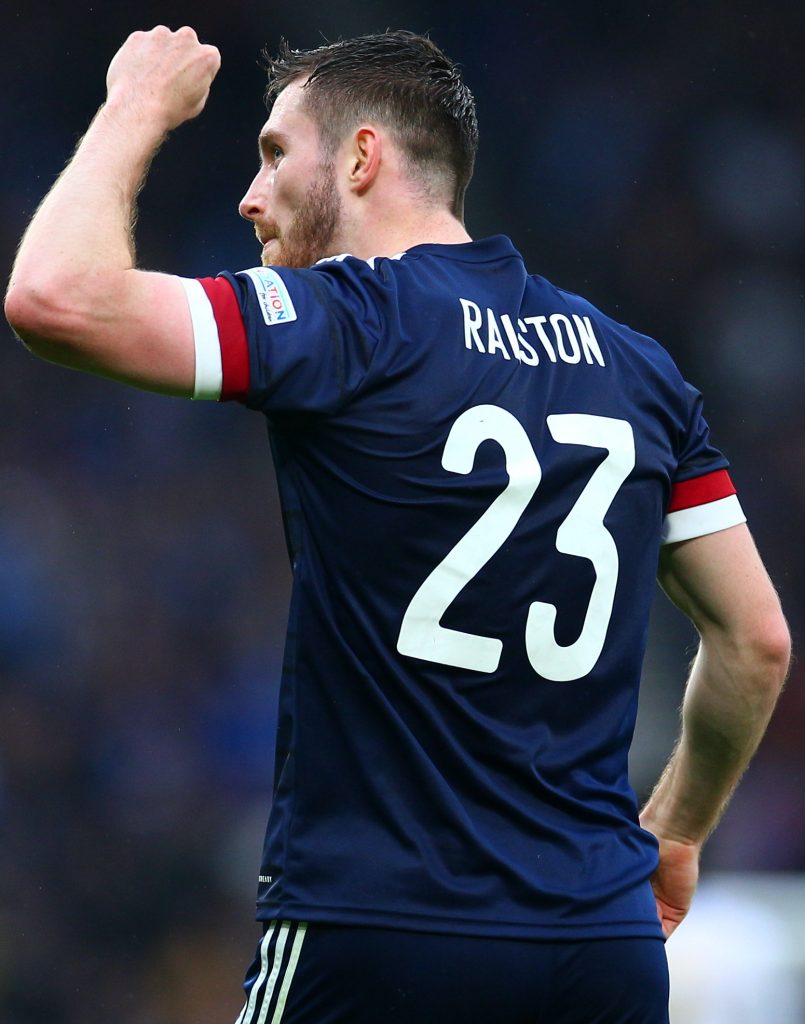 HERO’S SALUTE…Anthony Ralston acknowledges the cheers of the Tartan Army. 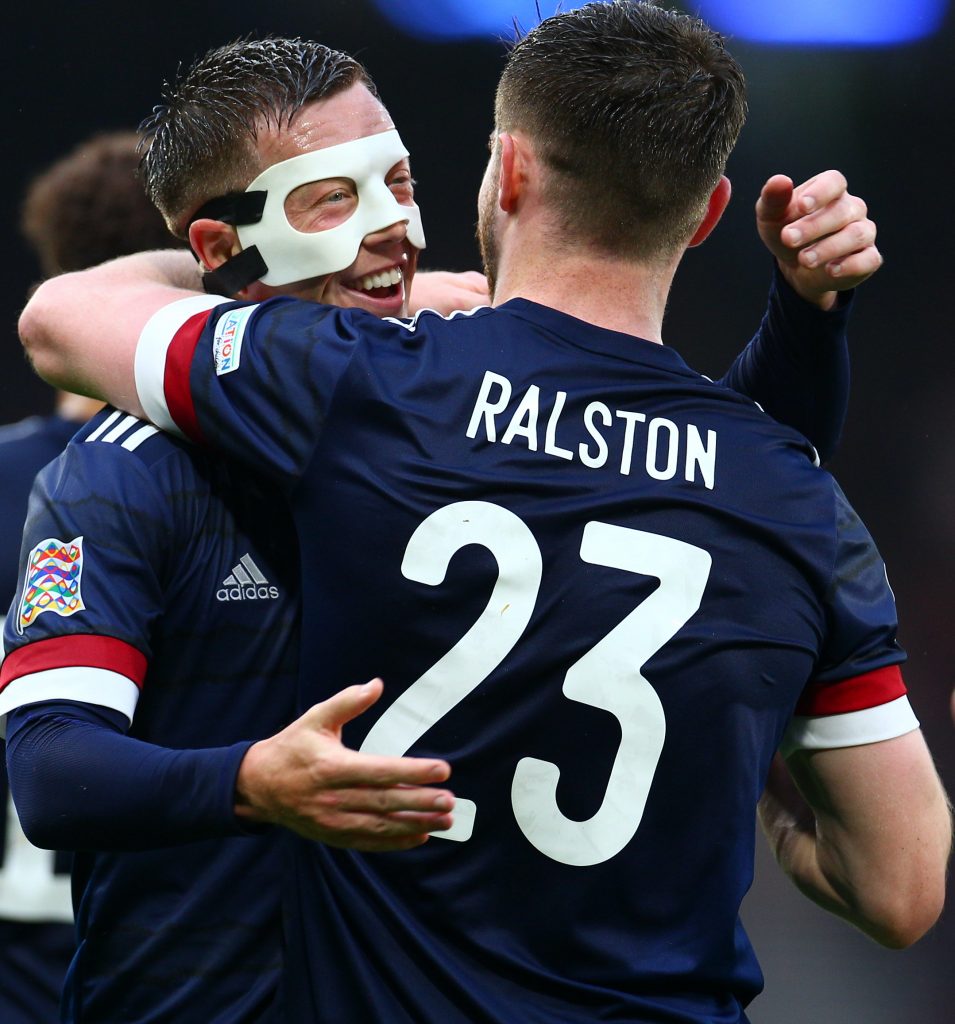 THAT’S MY BHOY…Callum McGregor congratulates Anthony Ralston after the first goal against Armenia.

Boss Steve Clarke commented: “I had no real doubts about Tony because he plays for Celtic and they come up against opposition who sit and defend and make it difficult for them.

Scott McKenna doubled the advantage before the turnaround – also his first gooal for his country – and the former Aberdeen centre-back, now with Nottingham Forest, could have been celebrating a quick-fire double had the VAR cameras not picked up his offside when he knocked the ball over the line again just on half-time.

Clarke said: “Scott did well, I thought the whole back-three did well as a unit. 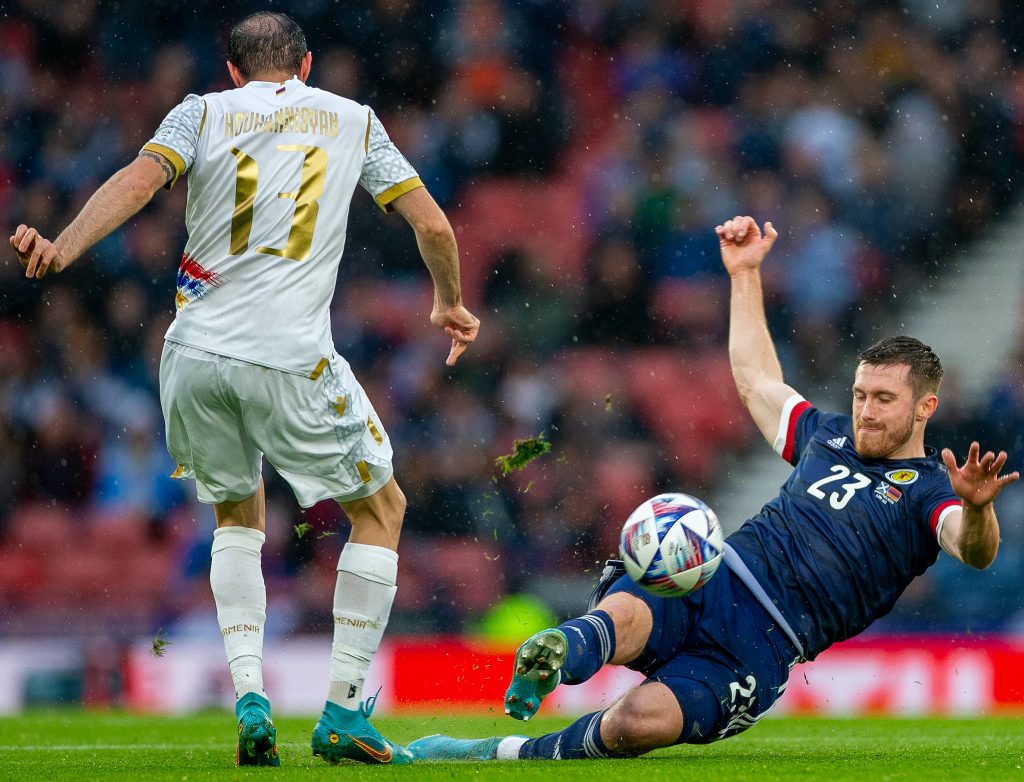 GROUNDED…Anthony Ralston holds his head after a mid-air clash.

“If he hadn’t been quite so impetuous and got himself half a step offside he would have had a double tonight. It was a good night for everyone.

“I think the key was just to keep the tempo in the game, the rhythm in the game, and to keep looking for weak spots and eventually we opened them up.

“We knew it wouldn’t be easy, they showed a little bit of threat on counter-attacks as well. It’s a good result for us and, hopefully, the start of another unbeaten run.”

The Scots now face away games against Republic of Ireland on Saturday and Armenia on Tuesday.