Celtic Quick News on News Now
You are at:Home»Latest News»VIDEO: IT’S AS EASY AS ONE, TWO, THREE
By CQN Magazine on 5th April 2021 Latest News

CELTIC had TWENTY-ONE efforts at goal without success in the first-half of a one-way Scottish Cup third round encounter against League One leaders Falkirk at Parkhead at the weekend.

Interim boss John Kennedy must have been wondering if it was going to be one of those blank days after seeing the Hoops score only two goals in his previous three games in charge.

Odsonne Edouard was given the credit for the only goal of the match against Aberdeen in the 37-year-old’s first outing in the dug-out after replacing Neil Lennon in February. 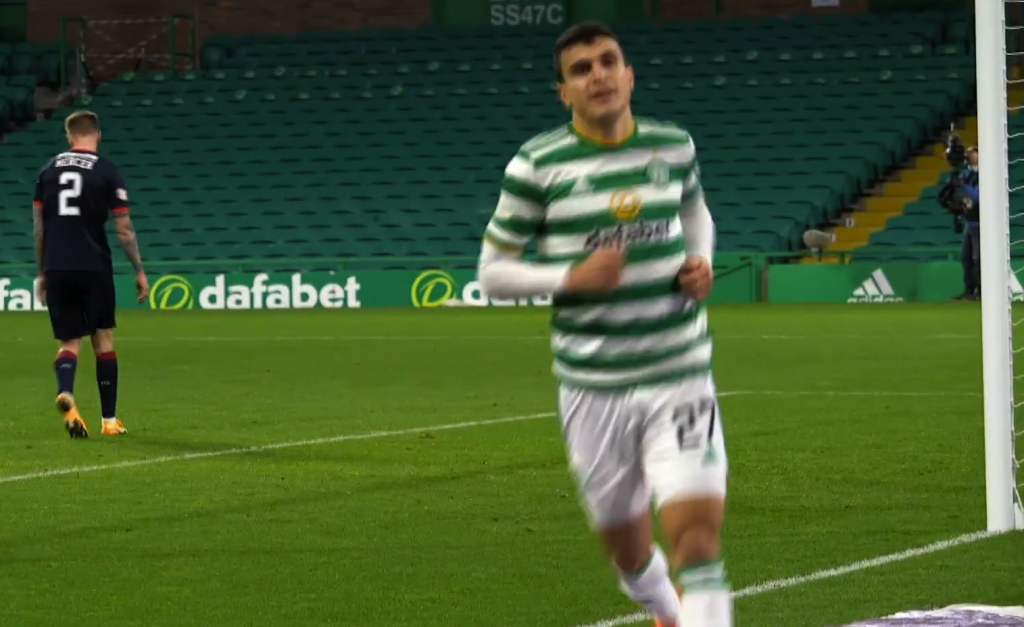 THREE GLEE…Mohamed Elyounoussi turns away after netting the third goal against Falkirk.

Then came the scoreless encounter with Dundee United at Tannadice before Mohamed Elyounoussi netted a flying header in the 1-1 draw with Steven Gerrard’s Ibrox outfit in the east end of Glasgow.

However, the frustration against Falkirk was brought to an abrupt halt with two goals in three minutes when comeback Bhoy James Forrest hit the breakthrough strike in the 56th minute and Ryan Christie added a quickfire second.

Mohamed Elyounoussi, who had replaced Forrest in the 74th minute, took only five minutes to deftly chip in the third goal to seal a place in the next round where the holders will make the trip to Govan inside a fortnight’s time.