Celtic Quick News on News Now
You are at:Home»Lions & Legends»‘WAITING, RATHER IMPATIENTLY, IN THE WINGS,’ CAIRNEY
By CQN Magazine on 4th December 2017 Lions & Legends

It had been an annoying few months, for me at any rate!

I had been the man in charge of the number 2 shorts as Celtic picked up the League title in 1965-66 but while the rest of the guys went on tour to the USA in the summer of 1966, I was still in Glasgow sitting my finals in dentistry.

It was a successful tour – P11, W8, D3 – and everyone had played well, so much so that when the team for the first match of the following season of 1966-67 was read out, the fullback pairing was Tam Gemmell and Willie O’Neill with yours truly relegated to the reserves.

And that was the way it continued for the remainder of 1966, the first team winning most matches – including a League Cup final against Rangers and European Cup ties against Zurich and Nantes. So, while the first team guys were running out in front of crowds of many thousands, I was putting in a shift at the corresponding reserve fixture before attendances of several hundred, at best!

I did try to make a case for inclusion. In fact, I made at least a weekly pilgrimage from the dressing-room to the manager’s office and even if I do say so myself, I argued my case not only most vociferously but very efficiently too.

The trouble was that he continually came back to one crucial point –“I don’t disagree with what you are saying, Cairney, but we are winning all our matches and I don’t like to change a winning side”.

And I would make the lonely journey back to the dressing-room.

Then, rather surprisingly, another Scottish side came to my rescue.

To be honest, before this moment, I had never given this team a single thought but ever since then, they have become one of my favourites!

On 31st December 1966, the players of Dundee United rose to the visit of Celtic and got a vital goal 15 minutes from the end to win the match 3-2. That defeat came only seven days after we had been held to a 1-1 draw at Pittodrie and the two results were like manna from heaven for me.

First thing Monday morning I was waiting for the manager outside his office. He could not possibly give me that brush-off about not changing a winning side; and to be fair, he did not try to use the old ploy. In fact, his first words were exactly what I had hoped to hear – “OK, Cairney, you’re in against Dundee next Saturday”.

Suddenly, the walk from his office to the dressing-room was a pleasure!

Written by Jim Craig for CQN Magazine ahead of the release of his new Lisbon Lion Diary, Right Back to 67 on Wednesday. Jim will also be appearing on CQN on Wednesday evening to answer your questions. 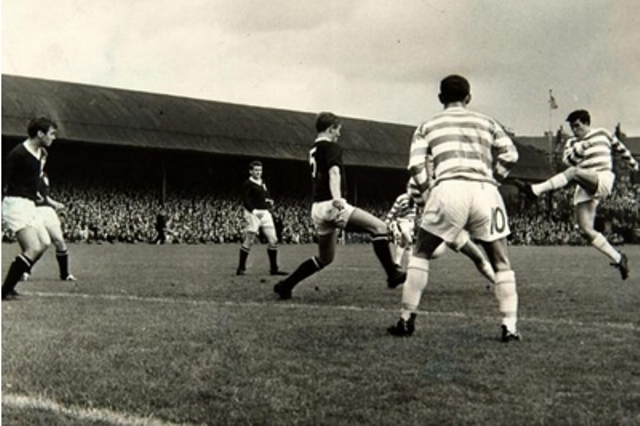