Celtic Quick News on News Now
You are at:Home»Football Matters»WALFORD TEAMS UP WITH LENNON
By CQN Magazine on 14th September 2015 Football Matters
FORMER Celtic coach Steve Walford is poised to join Neil Lennon at Bolton.
The 57-year-old is taking over from Johan Mjallby, who quit as assistant boss at the weekend.
Walford will agree a dual role and is to continue working with the Republic of Ireland squad alongside Martin O’Neill and Roy Keane.

Lennon previously played under the Englishman when he was O’Neill’s Head Coach at the Hoops and also Leicester City. 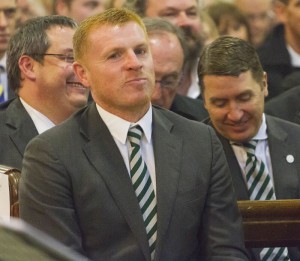 “Steve has a wealth of experience and that will be invaluable to me. I worked with him under Martin O’Neill and know his qualities as a coach.”

Mjallby, who had been Lennon’s No.2 since October last year, left Wanderers because of family reasons.
Another former Celt, Alan Thompson, was linked with the post, but Lennon has opted for the more experienced Walford.
Click Here for Comments >
Share. Twitter Facebook Google+ Pinterest LinkedIn Tumblr Email
Previous ArticleDefenceless
Next Article ‘SPITTING ON CELTIC FAN SUMMED UP DIOUF,’ GERRARD