TWO brilliantly taken goals by Wallace within the space of six minutes midway in the second half brought Celtic a well deserved victory over Dukla Prague tonight at Parkhead and gave them an excellent chance of being the first British club to participate in the final of the European Cup.

With the score level at 1-1, Strunc, the gangling Czech outside right, having a minute before the interval nullified a goal by Johnstone on 27 minutes, and Celtic finding it so difficult to circumvent the tightly packed Dukla defence, the former Hearts player, hitherto one of the least successful of the Celtic forwards, suddenly burst into the game with a vengeance.

First, in 59 minutes, he ran on to a hopeful punt upfield by Gemmell which bounced over the head of Zlocha and whipped the ball well outwith the reach of Viktor. Then, with the crowd of 75,000 in full voice for the first time since the Czechs had snatched their surprise equaliser, Wallace cracked an unsaveable shot past the goalkeeper from all of 25 yards after Auld had slipped the ball to him from agree kick.

Wallace has scored some wonderful goals in his time but certainly none more spectacular than his second, which simply thudded into the back of the net before Viktor could flinch a muscle. And, of course, it might prove to be the most vital goal he has ever scored, for if Celtic can successfully defend their lead in the return match in Czechoslovakia on Tuesday week who is to say they will not go on to win the trophy in Lisbon? 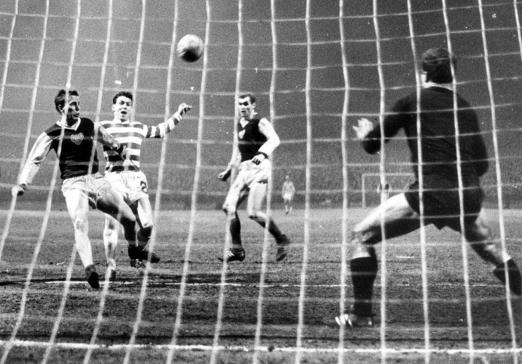 But let there be no mistaking the truth, it will not be easy in Prague, for as Dulka showed tonight they can move the ball about with astonishing ease and in Strunc and Masopust they have two players who have the ability to create havoc in opposing defences.

Indeed, before five minutes of tonight’s game had elapsed Simpson had to bring off a truly magnificent save to keep his goal intact, Strunc, who seemed to pop up in the most unexpected places, was left with only the goalkeeper to beat after the ball had come his way via the boot of Masopust, but the ever alert Simpson was quick to see the danger and dashed out to narrow the angle. This action forced Strunc to hurry his shot and the goalkeeper was able to divert the ball to safety one-handed.

Had Strunc scored, as he should have done, and had Nedorost not failed with another simple chance in 17 minutes after a delightful through-the-middle move things would undoubtedly have turned out differently, but in this grade at football there is little margin for error an chances like those have to be taken.

Certainly Celtic could not be fluted overmuch when it came to administering the telling blow. Their first real opportunity arose in 27 minutes and Johnstone made the most of it, hooking the ball over the diving Viktor after Chalmers’ pass had left him in the clear. 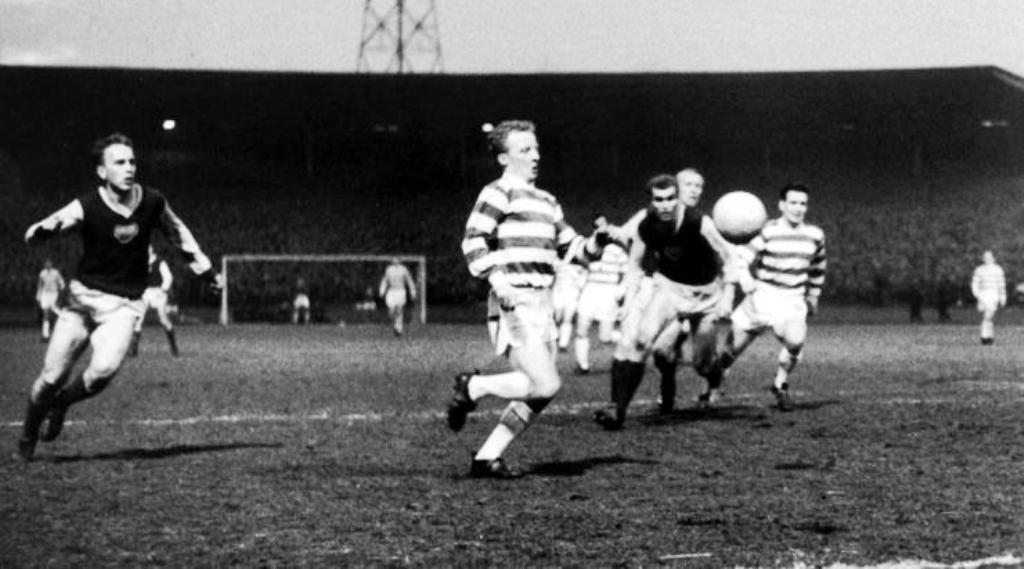 Thereafter – apart form the time that the Celtic defence got in an almightily tangle and virtually presented the Czechs with the equaliser – Celtic held sway, but nothing tangible came their way until Wallace decided to take a hand in things with those two goals.  And he might easily have had a third in 77 minutes, the ball striking the face of the crossbar after he had struck out his leg to a low cross by Chalmers. Had that one gone in, Celtic, I feel would have been  high and dry in the final. 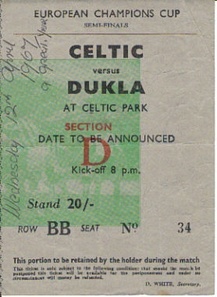 In The Heat of Lisbon is the new book from CQN and it comes with a great Jock Stein t-shirt which is Lisbon inspired. All profits to thank the Lions and both are yours for just £19.67.