KRISTOFFER AJER has been monitored by newly-promoted Norwich City in recent weeks.

Celtic’s skyscraper Norwegian central defender looks to be heading for the Parkhead exit in the summer, despite having a year still to run on his contract.

Ajer has been mentioned alongside Serie A giants AC Milan since last year while his former Hoops boss Brendan Rodgers has been credited with an interest in the popular player.

Now the Carrow Road club have joined the list with manager Daniel Farke eyeing a new centre-back as he prepares for the rigours of the top flight after the East Anglian side’s quickfire return from the second tier. 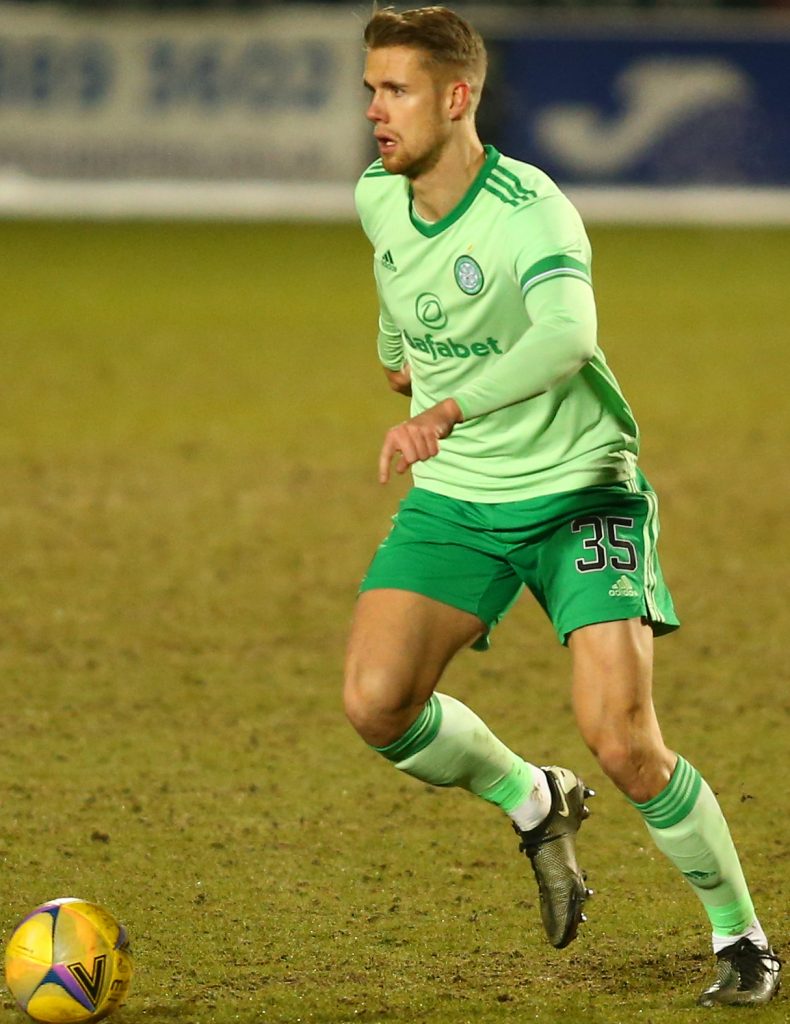 ON THE BALL…Kristoffer Ajer in action in the 4-0 win over St Mirren in Paisley.

City sporting director Stuart Webber has scouted Ajer in the last few weeks, according to the Scottish Sun.

Newcastle have been keeping tabs on the 23-year-old star, too, but they are concentrating on Premier League survival and the fate of boss Steve Bruce before they line up a possible bid around the £8million region, as CQN reported last month.

Ajer, who has been five years at Parkhead after his £650,000 arrival from FK Start, switched agents last year, cutting ties with Tore Pedersen for top Dutch firm SEG

The 6ft-plus versatile ace who has also been utilised at right-back has already been controversially advised by new Norway boss Stale Solbakken to quit Scottish football.