Celtic Quick News on News Now
You are at:Home»Latest News»WANYAMA, BOERRIGTER & MICHU
By CQN Magazine on 31st August 2015 Latest News
CELTIC could miss out on a £2million windfall with Southampton boss Ronald Koeman still refusing to sell Victor Wanyama to Spurs.
The Hoops inserted a sell-on clause over their former midfielder who joined the Saints in a £12million deal two years ago. 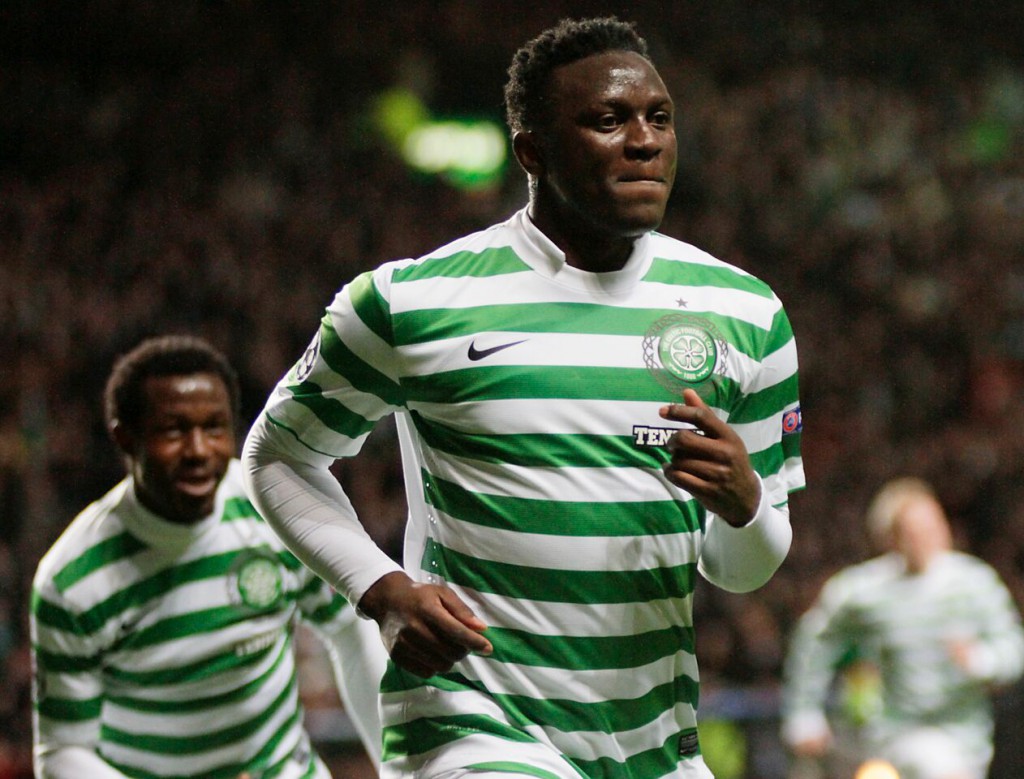 Wanyama is at the centre of a bitter transfer stand-off with the White Hart Lane outfit willing to pay a whopping £20million for the Kenyan powerhouse.
Koeman axed the player from the team that beat Norwich City 3-0 yesterday. The Dutch gaffer believed Wanyama was not properly attuned to play in the game. He also missed the Europa League exit against FC Midtylland on Thursday night – with Koeman claiming he was not “mentally and physically good enough to play”.
The St Mary’s manager was asked for an update on the situation and answered: “He is going nowhere.”
This saga could go right to the wire tomorrow evening and if the player gets his wish and heads to White Hart Lane then Celtic will benefit from a multi millions windfall.
Meanwhile as the Virgil van Dijk saga nears its end, the SPFL champions are also extremely keen to offload his fellow-Dutchman Derk Boerrigter. He still has two years still to go on his contract, but has been a forgotten man at Parkhead. Signed by Neil Lennon for £3million two years ago, the former Ajax winger has rarely figured in the first team and has spent the bulk of his time at the club in the treatment room.
The BBC’s Tom English tweeted last week that he had ‘genuinely forgot that Boerrigter was still at Celtic’ while the player himself – nicknamed Sick Note by the fans, took to Twitter himself to state that he was ‘still stuck’ at Celtic. Just about every Celtic supporter would be happy to drive him to the airport.Swansea striker Michu has also attracted the interest of Celtic in this transfer window.The 29-year-old spent last season on loan at Napoli, but has struggled hugely with injury issues over the last two seasons.
And there is little chance Celtic would agree to match his current reported £40,000-per-week wages at the Swans, so a compromise would have to be reached with both the player and has his current club if Michu is to come to Celtic.
——————————————————————–
*Stocks are running low for this year’s WEE GREEN BOOK. CQN has only FIVE copies remaining and with your assistance we’d like to sell these today. The WEE GREEN BOOK is packed full of all the essential Celtic information for the season and is a priced at £4 plus P&P. You can order direct from CQN HERE or click on the cover graphic below. You can also order one of the few remaining SIGNED COPIES of Caesar & The Assassin using the same link. 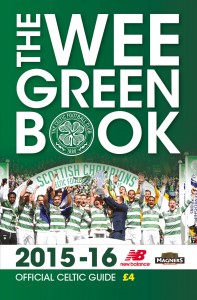