Celtic Quick News on News Now
You are at:Home»Latest News»WANYAMA REVEALS HOW HE MISSED OUT ON HOOPS RETURN
By CQN Magazine on 21st May 2020 Latest News

VICTOR WANYAMA has revealed how close he came to returning to Celtic in the January transfer window.

Reports linked the former fans’ favourite with a move after he had fallen out of favour at Spurs.

Hoops boss Neil Lennon also admitted he would be keen on the 28-year-old Kenyan international powerhouse as he looked at the market and planned to strengthen the squad ahead of a crucial second part of the campaign.

At that stage, the champions were two points ahead at the top of the league in their quest for nine in a row, but Steven Gerrard’s outfit had a game in hand coming out of the mid-winter break. 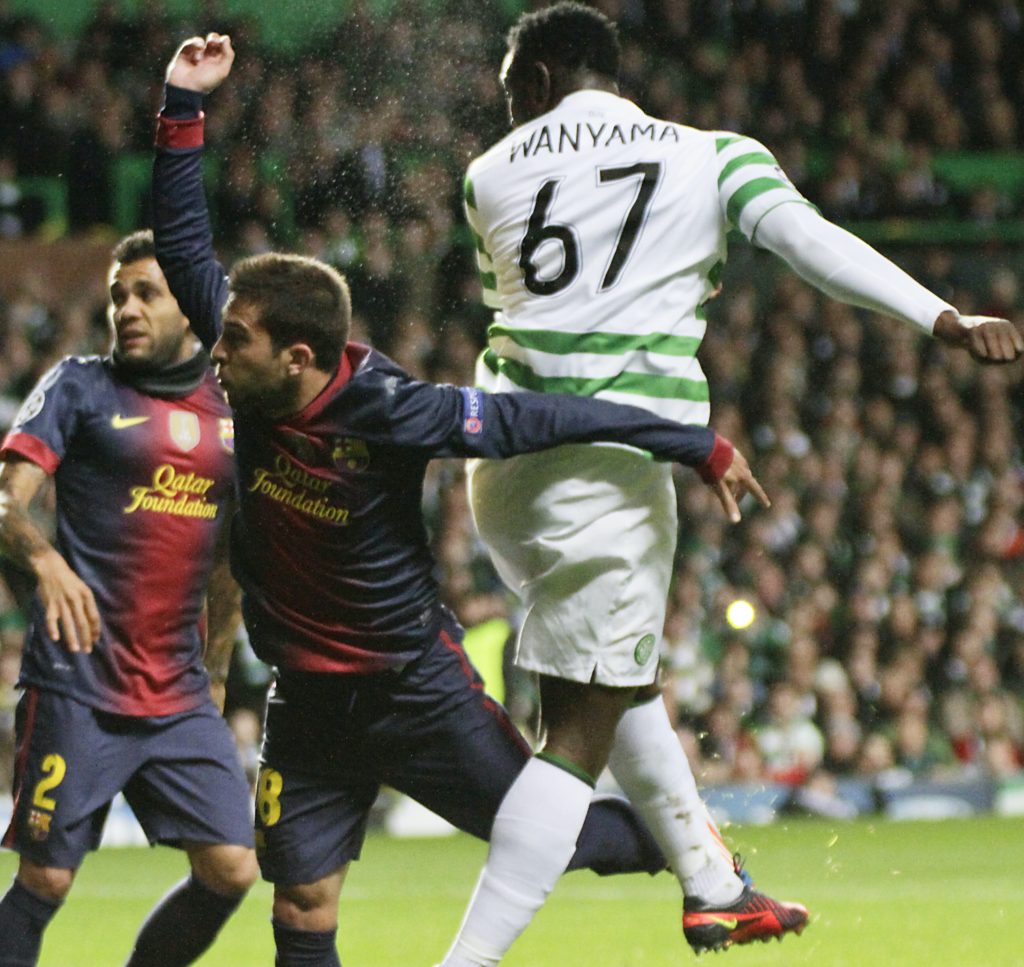 HEAD BHOY…Victor Wanyama rises above the Barca defence to bullet Celtic into the lead in November 2012.

Clearly, Wanyama would have welcomed a return to Parkhead to play in front of the “marvellous fans” of the east end of Glasgow.

The midfielder spent two seasons at the Hoops before a £12.5million switch to Southampton in 2013 before a move to the London side three years later.

Wanyama, now with Montreal Impact, told Madgoat TV: “It was sad the way they (Spurs) were treating me. I had given my all to the club. I loved the club and had a good relationship with the fans and the players, so I wanted to leave the club to at least enjoy football again.

“They started to delay a lot of things, even Celtic among many other teams wanted to sign me, but the club was taking me on rounds until the deals collapse and the transfer windows close.

“I spoke with my agent and he told me the MLS transfer window was still open and there were teams that are interested in my services.

“I can go there and at least get my passion for the game back on track and you never know one day I might move somewhere else.”

Wanyama admitted he rejected a move to CSKA Moscow from Belgian side Beerschot to join Celtic in an £800,000 deal in 2011. 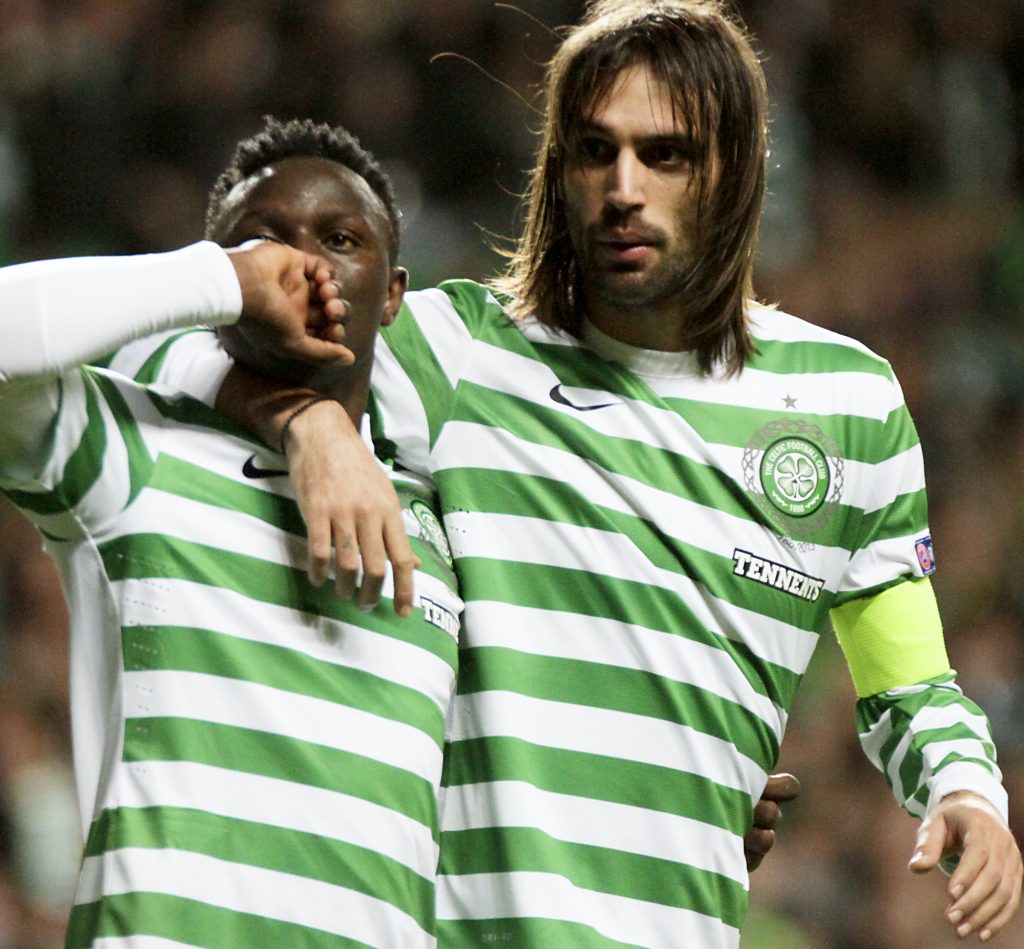 KISSES IN PARADISE…Victor Wanyama shares his joy with the Celtic fans as Georgios Samaras joins in.

The Russian giants offered more money, but the player added: “At Celtic, I felt happier as this was a world stage for me. It is morale that we had at Celtic and the coach gave us inspiration every now and then which was really good for me and the team.

“It is not that we had superstars, but the spirit and inspiration worked for us marvellously and given the fact we were talented we just enjoyed our moments on the pitch.

“The atmosphere at Celtic Park is always something else and the fans are marvellous. I have never seen such fans who love their team like Celtic.”

Wanyama’s most memorable moment in the green-and-white hoops was his headed goal against Barcelona during a 2-1 victory in a Champions League clash in Glasgow in November 2012.

Eight months later, he left for England, but always expressed a desire for a return at some stage in his career.