Celtic Quick News on News Now
You are at:Home»Exclusive Series»WAR GAMES: PART FIVE: ‘WHAT A NICE GUY THAT McNEILL MUST BE!’ RACING STAR’S TRIBUTE
By CQN Magazine on 22nd October 2021 Exclusive Series

CQN today concludes its five-part series reflecting on the most infamous games involving Celtic – the brutal, sickening Intercontinental Cup Final clashes with the thugs of Argentina’s Racing Club who masqueraded as footballers.

The shambolic collisions took place 54 years ago in Glasgow, Buenos Aires and Montevideo and went into the history books as contests that marred the sport.
After a 1-0 win for the Hoops in Glasgow and a 2-1 loss in South America, a play-off was required in the Uruguay capital. The confrontation erupted into a brawl with the three Celtic players – Jimmy Johnstone, John Hughes and Bobby Lennox – sent off along with two Racing players. There would have been a fourth Celt, but Bertie Auld refused to leave the field! 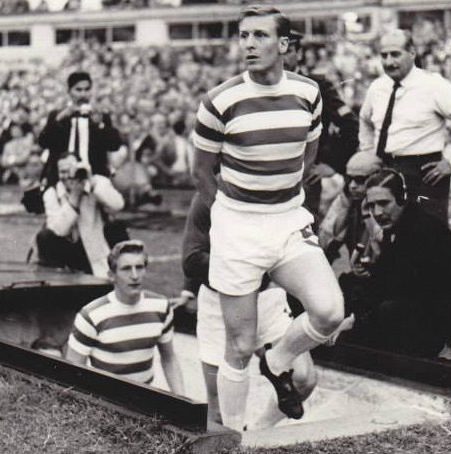 As the contest descended into farce, Celtic lost 1-0 and and couldn’t wait to get back to Scotland following three horrendous conflicts that scarred football.
In another CQN EXCLUSIVE, Alex Gordon, who authored the best-selling tribute book to legend Billy McNeill, ‘In Praise of Caesar’ in 2018, looks back at a poignanent moment amid the debris.
Decades after the so-called World Club Finals, Racing Club’s Argentina international defender Roberto Perfumo told a story that summed up the entire sorry chapter. 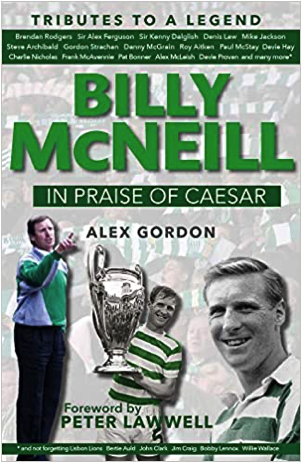 “ON reaching the tunnel, I saw him come towards me slowly, the blond chap (McNeill) who had scored against us in Glasgow. I looked him in the eyes and instinctively put myself on guard, perhaps because of all that happened during the game. He held out his hand and I had to grip it tight.
“He intimated he wanted to exchange jerseys with me and it was then I could not stop the tears coming to my eyes, not for me, but for him. I thought of how sad that moment must be and how I would have felt if that title had slipped out of my hands. McNeill’s face showed no emotion and I thought I almost detected a smile. 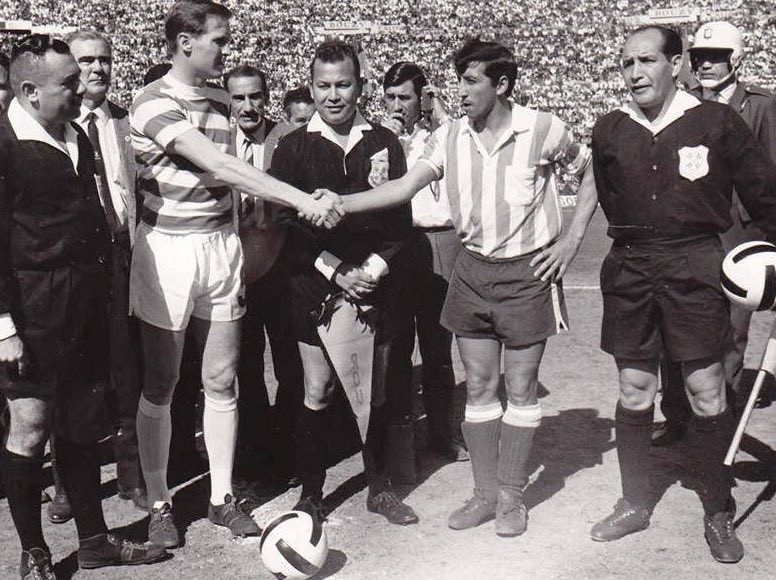 SHAKE…Billy McNeill with the Racing Club skipper before the third game in Montevideo. 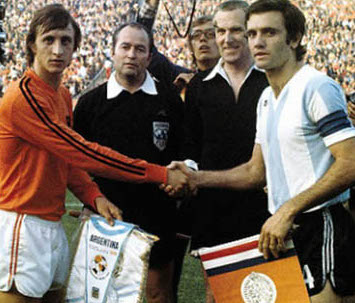 SHAKE…Aregentina captain Roberto Perfumo with Holland legend Johan Cruyff at the 1974 World Cup Finals in West Germany.
“All the ugly things we and they did during the game seemed to be forgotten. I pulled off my jersey – a chance to wipe the tears. The exchange was made. I hugged him and said in Spanish: ‘This is how football should be’. He smiled and said in perfect Spanish: ‘Buena suerte, buena suerte (Good luck)’.
“I will never forget his gesture in the middle of the sadness he must have felt, a sadness which which could so easily have been mine. How sad it it must be to travel home, beaten and disgraced. I rushed down the tunnel and held that green and white Celtic jersey tightly to me. I didn’t want anyone pullit out of my hands in the general commotion down there.
“It was my most treasured moment of the world championship which had been played to the death. What a nice guy that McNeill must be!”
Click Here for Comments >
Share. Twitter Facebook Google+ Pinterest LinkedIn Tumblr Email
Previous ArticleLeverkusen win would crack door open for Celtic
Next Article FRIMPONG ERROR IN SEVILLE STALEMATE