Celtic Quick News on News Now
You are at:Home»Latest News»‘WAS IT A BIG RESULT? NOT SO MUCH,’ ADMITS JULLIEN
By CQN Magazine on 21st September 2019 Latest News

PERFECTIONIST Christopher Jullien admitted he wasn’t entirely satisfied with Celtic’s 1-1 draw against Rennes on his quickfire return to France on Thursday night.

The Hoops, with the £7million central defender earning the CQN Man of the Match accolade, got a point on the board in their opening Europa League group encounter against difficult opponents who have already beaten Paris Saint-Germain in Ligue 1 this season.

A stalemate might have kept most players happy, but the towering former Toulouse defender still insisted the champions could have done better.

Jullien, speaking to the Daily Record, said: “Was it a big result? Not so much, to be honest. We showed our stuff, played well at times, but perhaps didn’t have as many shots at goal as we’d have liked.

“But we played pretty well and limited them to just one or two chances. Even in the final few minutes they were pushing, but they did not create many chances.

“It was a little bit of a sad feeling not to get the three points. It’s hard to take. It perhaps shows how far we have come we are disappointed not to have won.

“It was a good performance, though, so we took the point and we’ll look forward to the next one.

“Rennes didn’t surprise me with the way they played. I knew after we scored the penalty they would come on stronger and they did. I can’t pretend we always thought we would manage a large win. But sometimes if you can’t win you make sure you don’t lose.”

Jullien admitted he was delighted to be given the opportunity to show off his new team to family and friends who watched the action in Brittany. 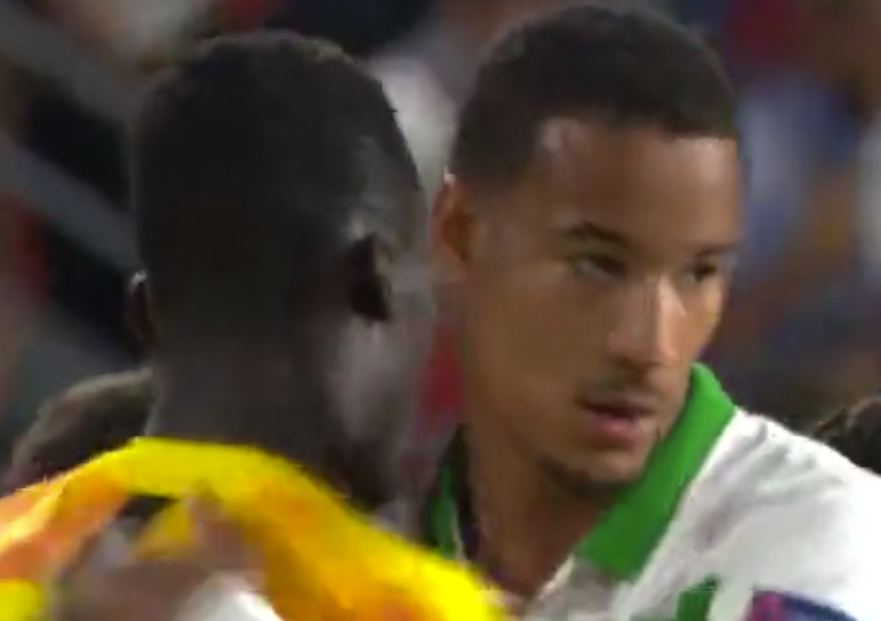 He said: “It was really special to come back and play in France. I was very focused on getting a result over there.

“I didn’t know what to expect, but it was a pleasure to play in front of my family again.

“It was a quick visit, but I got a chance to see them. It was a strange feeling coming back with my new team, but I enjoyed it. My family are all from Paris and they are Paris fans – but they are supporters of Christopher Junior!”

The section was blown wide open on matchday one with Champions League conquerors Cluj overcoming Serie A outfit Lazio 2-1 in Romania.

Jullien added: “The group will be very even, for sure. Cluj showed in our stadium they are a good team and they can be ruthless. The next game will be a good battle.

“We are a good team and we want to do well in this competition. We have qualities and we have shown that since we lost the Cluj game.

“We have shown a good mentality and this first game was a start for us in the Europa League.”

Cluj are due in Glasgow for the next group confrontation early next month.

Their 4-3 win to send Neil Lennon’s men toppling out of the elite European competition may backfire on them.