Celtic Quick News on News Now
You are at:Home»Football Matters»WATT A PLAYER!
By CQN Magazine on 12th February 2016 Football Matters
CELTIC reject Tony Watt will be given the go-ahead by Paul Lambert to make his home debut for Blackburn tomorrow.
The striker, given the boot at the Hoops shortly after Ronny Deila’s arrival in June 2014, was snapped up on loan from Charlton by the ex-Hoops skipper last month. 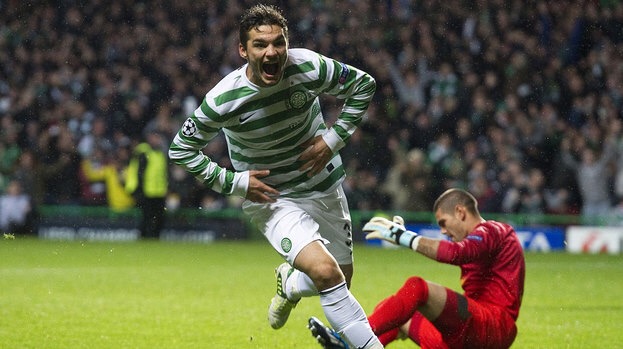 Watt, 22, has already played in the away games at Oxford and Middlesbrough and will now lead the attack against Hull City at Ewood Park.
Rovers keeper Jason Steele reckons his opposite number, Scotland international No.1 Allan McGregor, is in for a busy afternoon.
He admitted: “I’ve played against Tony three times this season and every time he has done my head in!
“You come off the pitch and you think: ‘Yes, he’s a player’.

“Sometimes players aren’t as good as you think they are, but every time I have faced him. I’ve phoned my dad and said: ‘He’s a player’.

“All the lads feel the same. We’re all close here and when you come off the pitch you give your mate a nudge and say: ‘He’s not bad, is he?’

“And we’ve all said it the three times we have played against him this season when he’s been at Charlton, as well as Cardiff City.

“We’re definitely lucky to have him and, hopefully, he gives us that something we have been missing.”

Blackburn are 19 points off a Premier League play-off place and have a home FA Cup-tie tie against West Ham to look forward to on February 21.