Celtic Quick News on News Now
You are at:Home»Latest News»‘WE ALL KNOW ANGE WILL GET THE BEST OUT OF AARON,’ AUSSIE BOSS
By CQN Magazine on 21st July 2022 Latest News

The current boss is convinced the Celtic chief will do just what is required with new Bhoy Aaron Mooy who has just agreed a two-year deal at the champions.

Arnold was concerned about the lack of game time for the 31-year-old playmaker after he left Chinese Superleague outfit Shanghai Port at the turn of the year. During last month’s international get-together in Qatar, the head coach admitted he had jokingly suggested to the former St Mirren, Huddersfield Town and Brighton midfielder that he should call Postecoglou to see if he would consider bringing him in at Celtic. 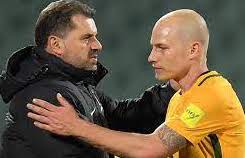 IN ANGE WE TRUST…former Australia international boss Ange Postecoglou is tipped to bring out the best in new Bhoy Aaron Mooy.

Mooy laughed it off, but the speculation ended this week when the versatile performer knocked back offers elsewhere to reunite with the one-time Oz gaffer.

The experienced campaigner could play up to 22 competitive fixtures in the Premiership and the Champions League before he is due to fly into Doha for the World Cup Finals which kick off on November 21 with the silverware showdown due for December 18.

Arnold insisted: “We all know that Ange will get the best out of Aaron, and get him fit and ready.

“It’s just great that he’s going to a club where they’re playing in the Champions League and he’s going to get plenty of match minutes up there. Obviously, they’re a good team, Celtic, and he’ll have his work cut out to get him in the starting eleven, of course. 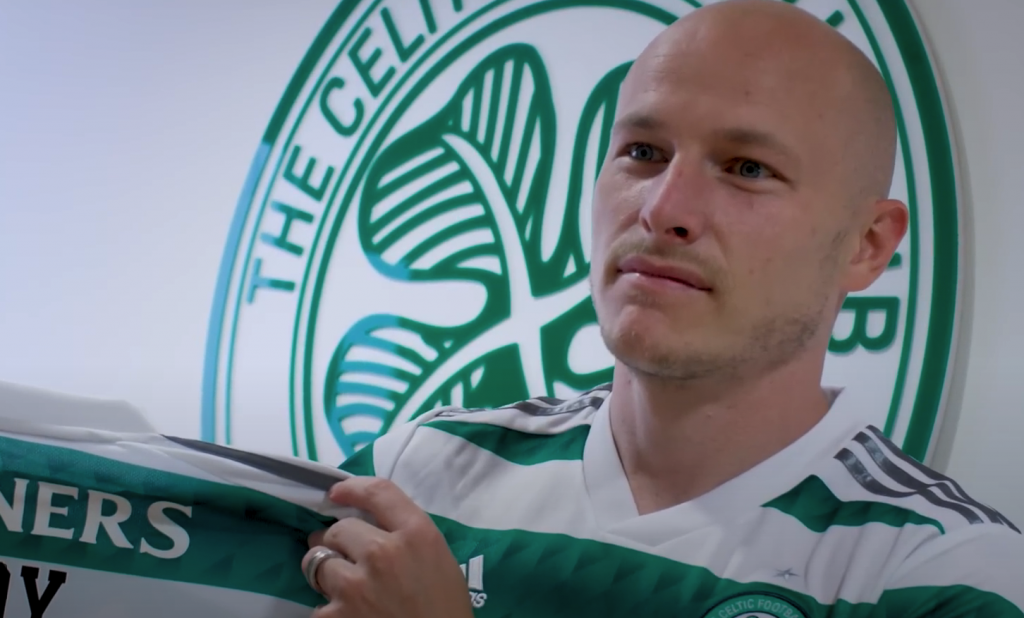 PARADISE…Aaron Mooy is eager to get started after sealing his move. Image courtesy Celtic TV.

“But the fact that he’s going to be playing a lot of football before the World Cup is a relief for myself and, no doubt, all the Socceroo fans back here in Australia to know that Aaron’s got his club future sorted out.”

Sydney-born Mooy was one of the country’s star men in their World Cup play-offs last month and played every minute of their wins over the UAE and Peru, despite having played no competitive minutes since February.

Arnold, speaking to local media The Age, added: “He knows what to expect with Ange and Ange knows his game.

“Instead of a new player walking into a new club with a new coach who doesn’t really know his mindset and his character and qualities that well – it can take time for that new coach to get to know him. But he’s walking in on the other side of it, where the coach is very familiar with him, knows exactly what he’s getting. 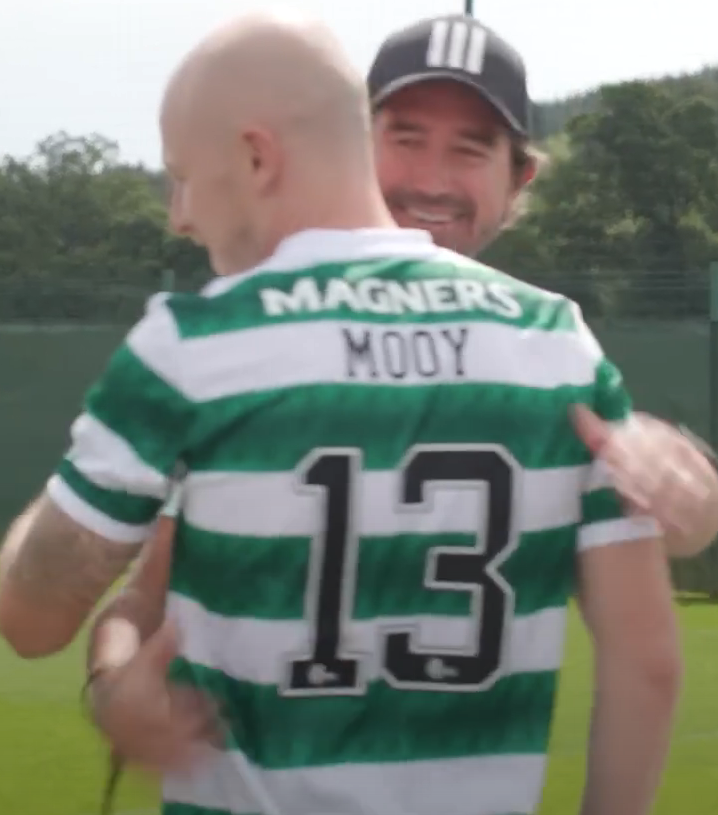 “With better fitness, with more match rhythm and, under Ange, I expect that when he walks into Qatar he’ll be the leader that we need on the field.”

Mooy, of course, took no part in last night’s 2-2 draw with Legia Warsaw as former fans’ favourite Artur Boruc took his final bow before hanging up his gloves at 42.

The Hoops led 2-0 at the interval with strikes from Japanese double-act Reo Hatate and Daizen Maeda before the Poles fought back to grab a draw.

Mooy, though, may get the opportunity to make his debut in at least a part of the friendly against Norwich City at Parkhead on Saturday.