Celtic Quick News on News Now
You are at:Home»Latest News»‘WE CAN ALL GO TO CELTIC AND WIN TROPHIES,’ CLAIMS EX-BOSS
By CQN Magazine on 25th November 2019 Latest News

OUT-OF-WORK Sam Allardyce, who left England by “mutual consent” after only SIXTY-SEVEN days in the international post, has made the extraordinary claim any manager can win trophies at Celtic.

The much-travelled 65-year-old ex-gaffer dismissed the successes of Hoops bosses with his startling revelation.

Allardyce has been in charge of West Ham, Newcastle, Sunderland, Everton, Bolton and Blackpool among others, but has never worked north of the border.

However, it appears he knows a lot about Scottish football and what is required to be a success.

The comments were made as part of a debate about managers having to win titles or Cups to be considered for top jobs in the English top flight.

A talkSPORT caller claimed that without silverware triumphs, the top Premier League teams would always look to managers with a proven track record of success. 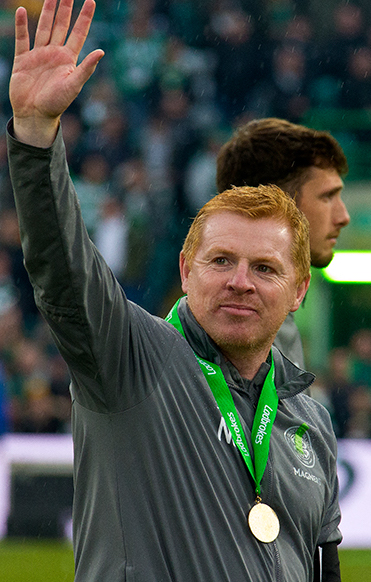 Host Alan Brazil suggested that Brendan Rodgers’ reason to go to Celtic was to become a winner and enhance his reputation after falling short of delivering the title at :Liverpool.

Allardyce remarked: “We can all go to Celtic and win trophies.
“It will be Rangers soon the way they are going under Steven Gerrard .

“Fans expect you to win trophies and if you don’t do that then you’d get the sack.

“I agree with what Brendan was saying and it was a great move for him because it built his reputation again.

“But I didn’t think there was anything wrong with him because he was brilliant at Liverpool, just a bad patch of recruitment cost him his job.”

Allardyce has been unemployed since leaving Everton on May 18 2018.