Celtic Quick News on News Now
You are at:Home»Latest News»‘WE CAN KEEP EURO DREAM ALIVE,’ GORDON
By CQN Magazine on 31st October 2016 Latest News
CRAIG GORDON believes Celtic can get their European ambitions back on track against Borussia Monchengladbach in Germany tomorrow night.
The champions are toiling in their tough group after being thumped 7-0 by Barcelona in the Nou Camp in the opener and losing 2-0 in Glasgow to the Bundesliga giants in the last encounter.
In between, they earned their solitary point in the exciting 3-3 draw with Pep Guardiola’s Manchester City all-stars at Parkhead. 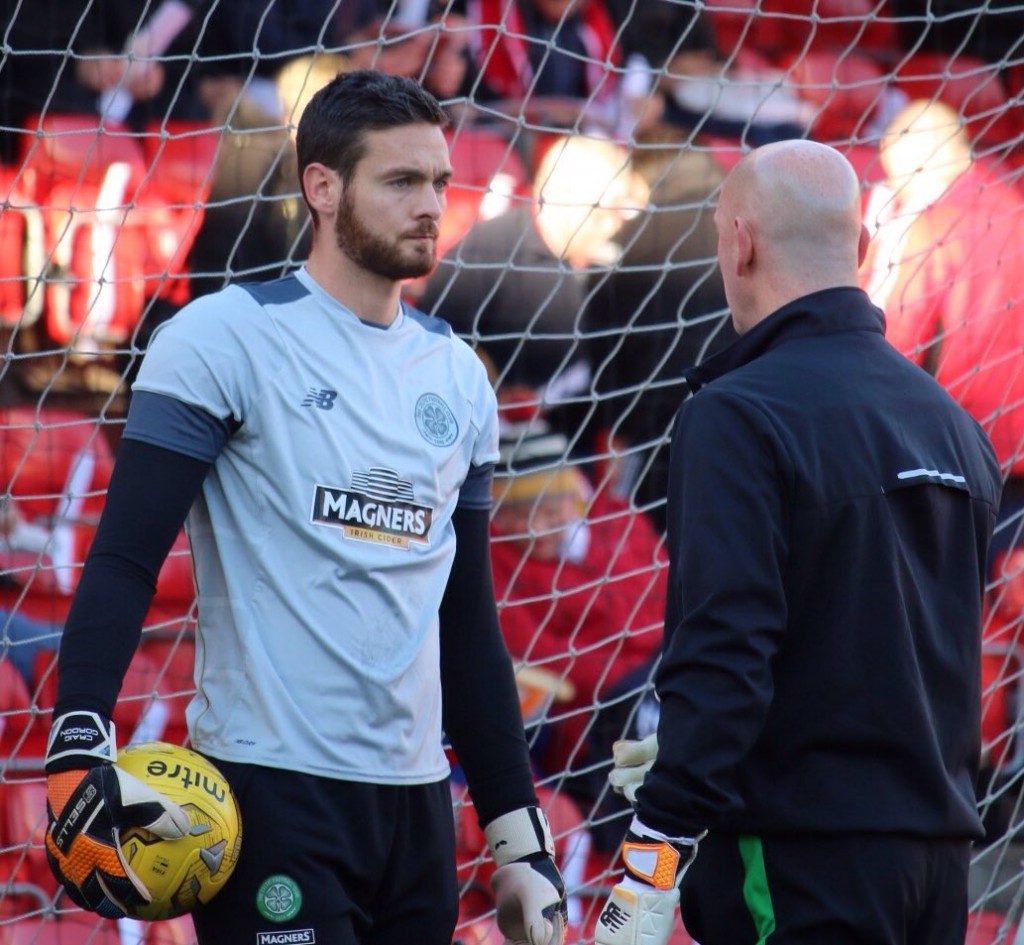 Gordon will play in only his third Champions League group game at the age of 33 and is looking forward to the experience.
The in-form shotstopper admitted: “Do we believe? Of course, we do. We believe we can do it in every game if we get enough of our players playing at the top of their game.

“If we do that, we’ll match sides, although it’s easier said than done. You can’t do it in every single game, but we’ll certainly be looking to raise ourselves for it.

“There are possibilities still for us in Europe. We’ll look to keep things as tight as we possibly can against a good team.

“They’re going to create chances at certain points of the game, but if we can limit those and have a threat on the break, we’ll have a chance.”

Gordon has been unbeaten in five-and-a-half games in domestic opposition with Kilmarnock (second-half), Dundee, Motherwell, Sevco Rangers, Ross County and Aberdeen all drawing blanks against the Scotland international.

He added: “We’re keeping clean sheets and scoring goals, so we go there positively, while staying wary of their threat.

“You never know what can happen if you go into the final match of the group and someone is already qualified or something like that.

“If we get a positive result, we will keep it interesting for the final part of the campaign.”