SCOTLAND cannot afford to rely simply on Leigh Griffiths for goals as they prepare for the Nations League encounters.

That’s the verdict of Alex McLeish’s right-hand man James McFadden as he has urged other strikers to step up to be counted.

The Scots have managed only one goal in their last five games and the assistant boss admitted it is a massive worry.

A September 7 friendly with Belgium is the next international fixture, followed by their opening Nations encounter against Albania three days later.

Scotland have not been able to call on Griffiths since Gordon Strachan’s last match in charge against Slovenia, at the end of their failed World Cup qualifying bid.

A calf injury kept the striker out of friendlies with Holland, Costa Rica and Hungary earlier this year while he was rested for the recent tour of Peru and Mexico. 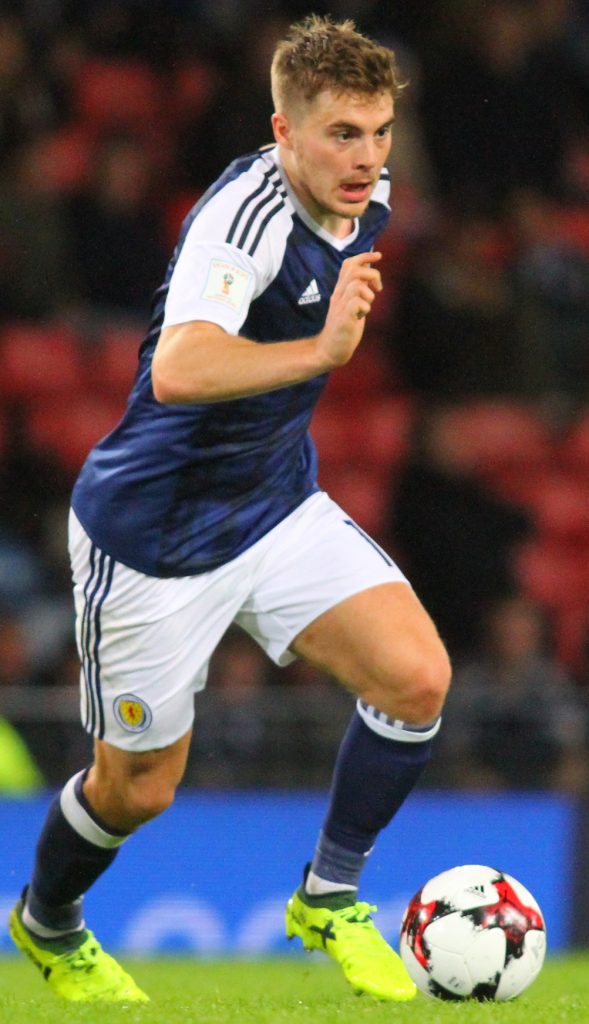 WIZARD…James Forrest on the ball for Scotland.

But, while Scotland hope to have Griffiths involved next time out, McFadden admitted it will take more than one man’s efforts to get the goals that matter. He said: “We have to find a different way of scoring because up until now we haven’t had Leigh Griffiths in the squad.

“We have to see who is available and who else can step up to the mark.

“But we have other players coming in. James Forrest and Callum McGregor have scored a lot of goals for Celtic during the season, but missed the summer tour of Mexico and Peru.

“So, there are goals in the squad – it’s just that the likes of the Celtic boys haven’t been involved in the last few games. However, with those guys coming back in, the future looks bright for me.

“We’re very excited and can see what looks like an exciting team coming through.

“We’d love to have Leigh back leading the line, but it is also up to the other players to step up and show they can be called upon if required.”