STUART ARMSTRONG admitted Celtic were a little flat in the 1-1 draw with Kilmarnock at the weekend.

However, the Hoops still managed to equal their own British record of 62 domestic games unbeaten set by Willie Maley’s side between 1915 and 1917.

The midfielder said: “It is always nice to reach history like that. It is something you can look back on when you are finished and be happy that you were part of it. 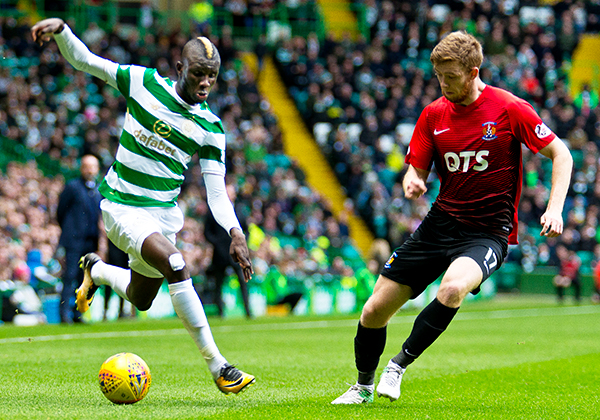 “The occasion itself was a bit disappointing and the game, to get just one point when we were looking or all three.

“Will people just look at the record? I suppose so. But in the same sense, that is something we have been since the start of last season – we have always been relentless in the league and making sure we take full points from every single game, not being lackadaisical in our performances.

“It might be a bit of both – I thought Kilmarnock were very organised, very defensive-minded and they closed the middle of the pitch very well.

“They looked to frustrate us which they did for plenty of the game.

“But our job as attacking, creative players is to break through that and create opportunities and I don’t think we really did enough of that.”