However, with the Hoops playing their final game in hand, they are still 15 points off the pace with only nine league outings to go.

It may be too late to rectify the dreadful results of earlier in the campaign, an x-certificate sequence that included three defeats, but John Kennedy, Neil Lennon’s deputy, is refusing to accept anything until it is mathematically impossible for the team to lift their tenth successive flag.

“We know it’s outwith our hands, we need favours elsewhere, but we’ve just got to concentrate on the performances, which hopefully lead to results, and approach every game in that manner.

“The team are in a good position now in terms of how they’re feeling about themselves, they’ve picked up a good run of wins which always helps confidence.

“Second-half, we had to grind it out, first-half, we were really comfortable.

WALLOP…David Turnbull crashes in the matchwinner.

“We were very pleased when we went in at half-time, we’d have liked to be another goal up or so, but in terms of the way we performed and the control we had of the game.

“We worked the ball into decent enough areas without maybe picking out that final pass or shot. But it was a great goal we scored, well worked all the way back from Scott Bain.

“We found David in a great area and then with the runs at the top end we gave him space to drive forward and get his shot off. A really well-worked goal.

“Second-half, they were a bit more aggressive and we probably just made some wrong decisions in terms of giving the ball away in areas we shouldn’t.

“We lacked a little bit of penetration at the top end to stretch them, so there are things for us we can look at, fix and be better at. But, ultimately, it was a really pleasing performance in the first-half.

“Second-half, we know we can do better, but the pleasing aspect was the way we finished the game when we had to defend.

“When it’s 1-0, teams are always going to throw everything at it on set-plays and crosses into the box, but we stood really strong, we defended the box really well.

“We got lots of numbers in there and saw the game out, which was important for us.

“There are two sides to it, one is our attacking play in terms of how we controlled the game and, secondly, the area we’ve not been so good in this year. 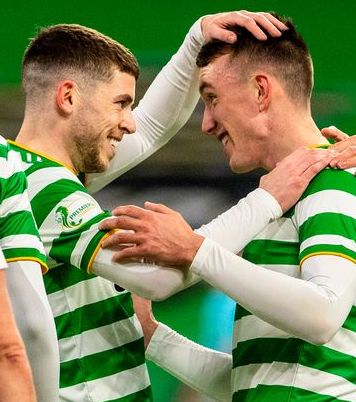 “We can’t shy away from that, in terms of our defensive game we’ve probably leaked too many goals, especially at set-plays.

“But you saw second-half that the boys were very aggressive in terms of how we defended.

“A couple of times we dropped deeper than we had to and allowed a bit of pressure in our box, but you can certainly see them putting their head on things, blocking thing and, most importantly, getting bodies around the box where you can recover balls.”

The Hoops No.2 also hailed matchwinner Turnbull who lashed in his seventh goal for the club following his breakthrough appearance in the 3-2 Europa League victory over Lille in December.

Kennedy, speaking to the Celtic TV, added: “We knew when we brought him in the ability he had and he fits how we want to play and the way we see the game. 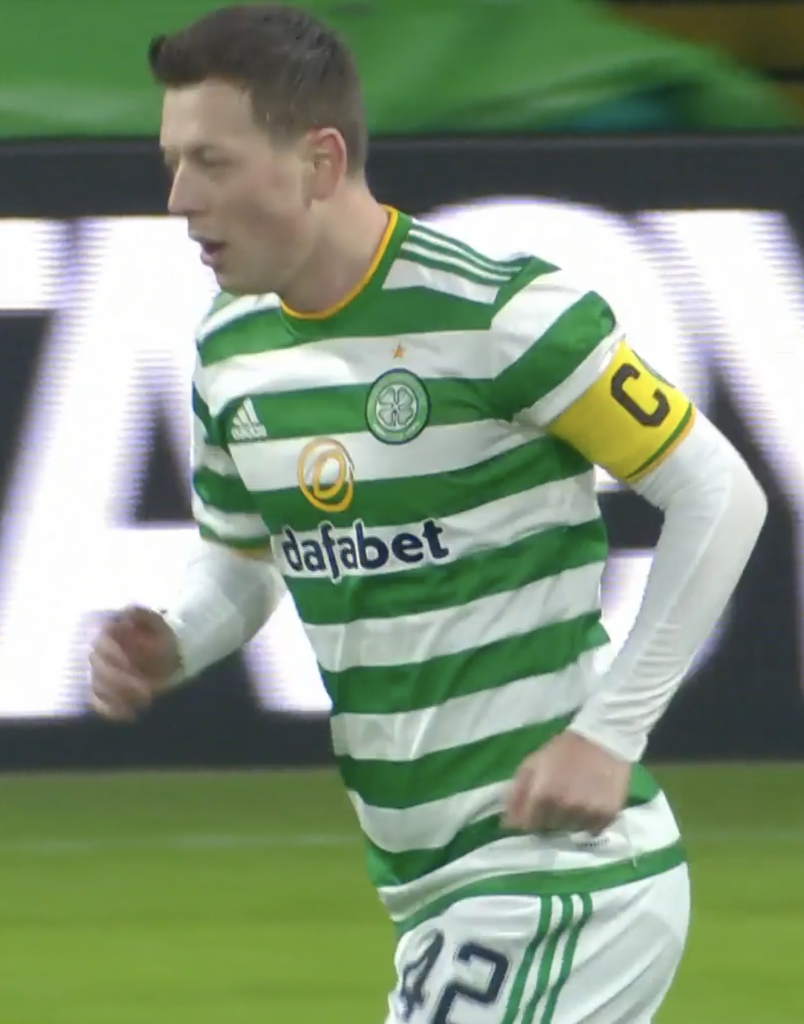 I’M IN CHARGE…Callum McGregor with the captain’s armband.

“He’s been terrific, he came in and spent a bit of time in terms of getting up to the speed of the training and how we worked.

“But since he’s gone in he’s been terrific for us, he’s a really intelligent player with amazing technical ability.

“At times, we ask him to know when to speed the game up, take fewer touches, his decision making in terms of when he gets his shot off.

“But this occasion was a good example where he drove into space, but close enough that it’s in range and we know that’s the type of range where he’s got a decent finish on him.

“So, really good goal for him, but also for the team.”