Celtic Quick News on News Now
You are at:Home»Latest News»‘WE HAVE TO MOVE FORWARD,’ MULGREW
By CQN Magazine on 24th March 2018 Latest News

The centre-half led his nation for the first time. but Alex McLeish’s experimental line-up couldn’t mark the occasion with a win.

The Scots featured new caps Scott McKenna, Scott McTominay, Kevin McDonald, and Oli McBurnie at the start with Jamie Murphy making it five debutants when he came on late in the second-half.

Mulgrew, 32, now with League One outfit Blackburn Rovers, said: “It’s a new squad, new staff, we have to move forward.

“It [being Scotland captain]was a proud moment, all my family were here. I’m honoured.

“It’s difficult when it’s a friendly, but it’s up to us to create that atmosphere.

“We sorted that at half-time and there were definitely encouraging signs.

“The message was clear at half-time – get up higher, get pressing. You saw that in the second-half, they never had much and we dominated. 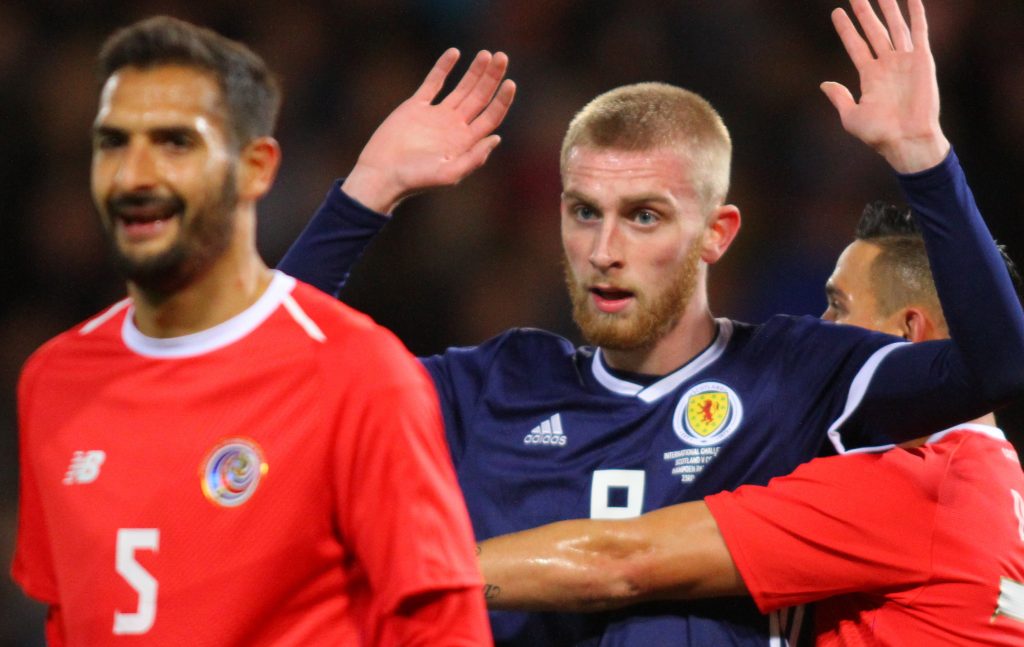 UP IN ARMS…new Scotland striker Oli McBurnie gets some close attention from the Costa Rica defence at Hampden.

“Oli McBurnie put himself about and it was a difficult shift for him up there. He didn’t see much of the ball, but when he did he held it in well and did okay.

“The two Scotts, McTominay and McKenna, did well. We’re delighted to have all these players and we will get stronger as we go forward.

“You always want to win the game and we’re disappointed we didn’t, but we need to take the positives, move on quickly and be ready when the competitive games come around.”

Scotland face Hungary in another friendly in Budapest on Tuesday night.