CHRISTOPHER JULLIEN was an unused substitute when Celtic’s Champions League dream was extinguished in an error-riddled 4-3 defeat against the Romanians of Cluj in August.

Since that wretched evening in the east end of Glasgow, the French centre-back, brought to the Hoops by Neil Lennon in a £7million deal from Toulouse in the summer, has emerged as a rock in the heart of the defence.

But Jullien was helpless as his team-mates blundered through a minefield of mistakes as FC Copenhagen were gifted three second-half goals which they gleefully stuck past Fraser Forster to claim an unexpected 3-1 victory at Parkhead.

Ironically, just like the collapse against Cluj earlier in the season, the Hoops had set up the return leg with a 1-1 draw away from home. For a second time, though, they blew the home advantage.

Jullien didn’t try to hide behind any excuses for the team’s first loss of 2020. 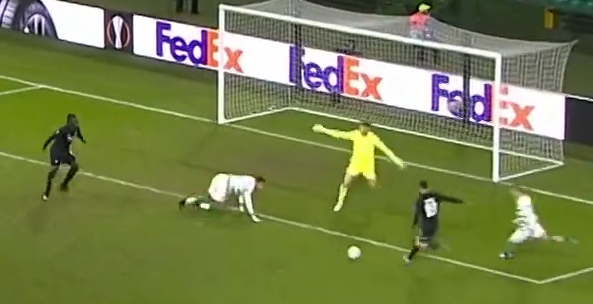 The towering defender, speaking to BT Sport, admitted: “We just got sloppy for one moment – and this kind of game is a place for no mistakes.

“We just gave them two or three goals. We just have to bounce back now, think about what we did badly and just correct that.

“It’s a bad day, but we have to get through it.

“When we scored the penalty, the stadium was with us, with a good mentality, but in this kind of moment when you score there are five minutes after the goal when you have to keep your focus.

“We probably thought that we’d just succeeded by coming back, but in this kind of game there is no place for mistakes.”

Celtic will have to hope there is no action replay against St Johnstone in Perth on Sunday or their Scottish Cup hopes will go the way of their European ambitions.