Celtic Quick News on News Now
You are at:Home»Latest News»‘WE KNOW WHAT WE DID WRONG,’ MULUMBU
By CQN Magazine on 6th October 2018 Latest News

YOUSSOUF MULUMBU has revealed Celtic know exactly where they went wrong in their dismal 3-1 Europa League defeat against RB Salzburg in Austria on Thursday night.

The Congolese international midfielder, who signed a two-year deal in August, was standing in for hamstring-injury victim Scott Brown.

Mulumbu, 31, is confident the Hoops can make up for their slip by overcoming the Austrian champions in the final game of Group B on December 13 which could determine whether or not Brendan Rodgers’ team qualify for the knock-out stages after Christmas.

He said: “We’re a better team than we showed. We played out from the back a few times and got through our opponent, but with all the views we heard of Salzburg, I feel we respected them too much.

“The gaffer was like: ‘You have to play and if you make a mistake I won’t be mad or against you as you tried to make a good decision’.

“But when you are on the pitch, it can be a different scenario. You don’t want to lose and it becomes a bad situation. When you score inside five minutes and you have some chances to score the second, we shouldn’t have dropped like that.

“The score definitely flattered them. Don’t get me wrong, they are a good team, but we didn’t need to lose 3-1. If we were more brave on the ball we could have hurt them. I’m 100 per cent sure of that. 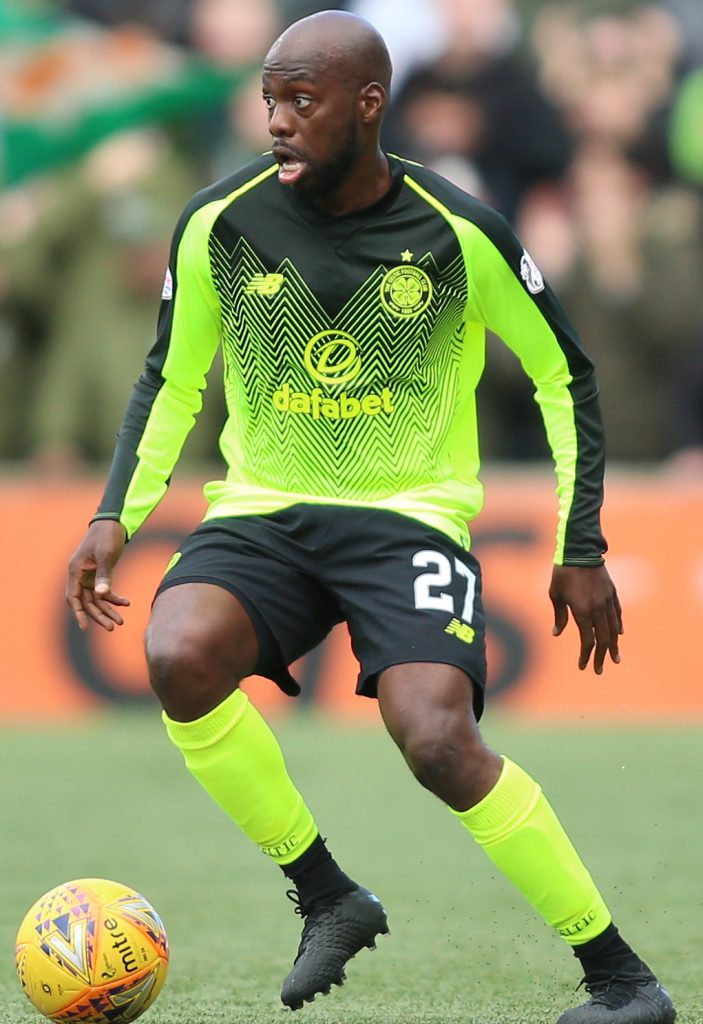 “I think we will beat them in Glasgow. I don’t think they will come with the confidence because they know what Celtic is about. If we just get it right and get some breaks and once we come back from the international break we can focus on Leipzig.”

Mulumbu revealed: “The gaffer made a speech after the game. Obviously, the dressing room was quiet because no-one wants to lose. But we know exactly what we did wrong.

“As I said, we respected them too much. We need to win every game to definitely go through. Leipzig is going to be a good test. but I’m fully confident.”

Mulumbu who made his Hoops debut in the 2-1 loss against his former team Kilmarnock at Rugby Park on September 23 where CQN noted in the match report he had been given a special “welcome” by his ex-colleagues.

The former Paris Saint Germain player admitted: “I spoke with (Aaron) Tshibola after the game and he apologised to me because he knew obviously what he was doing. 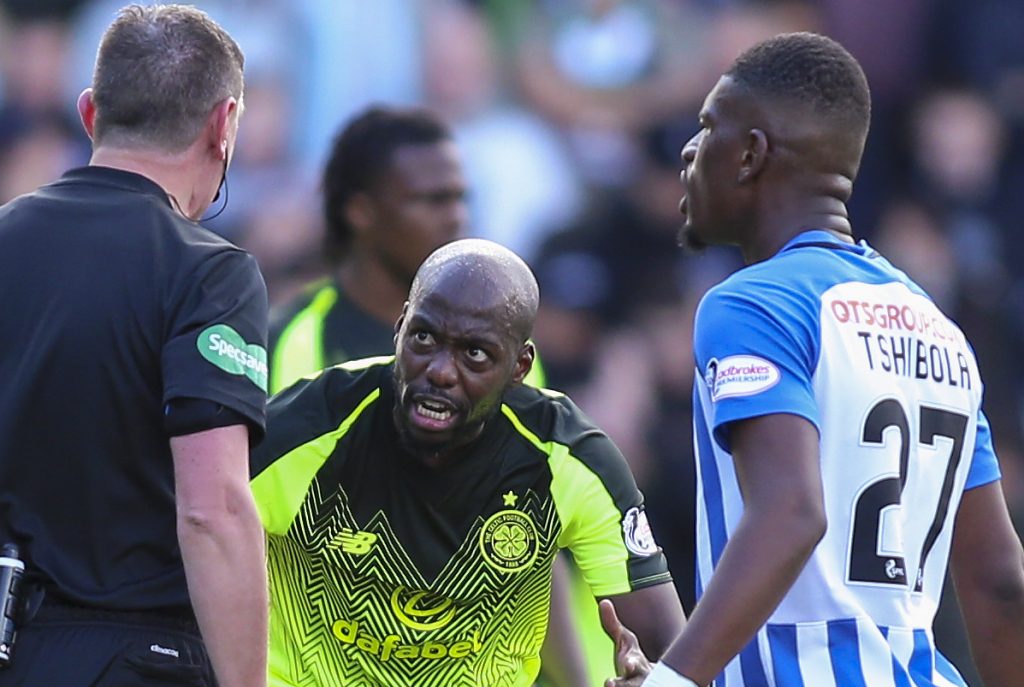 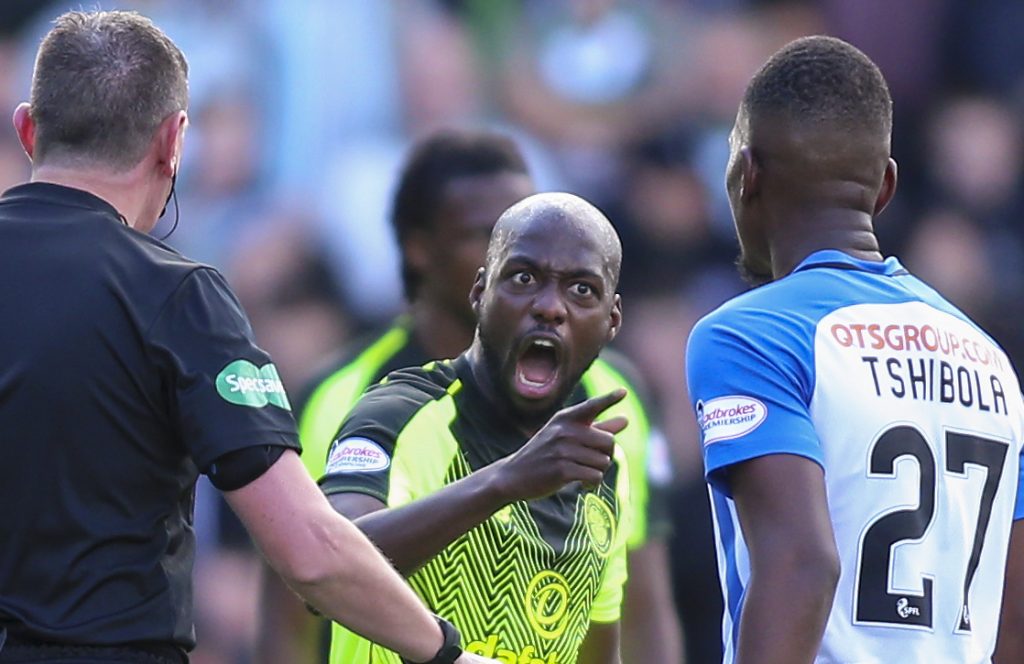 WAR OF WORDS…Mulumbu lets the Kilmarnock player know exactly what he thinks. 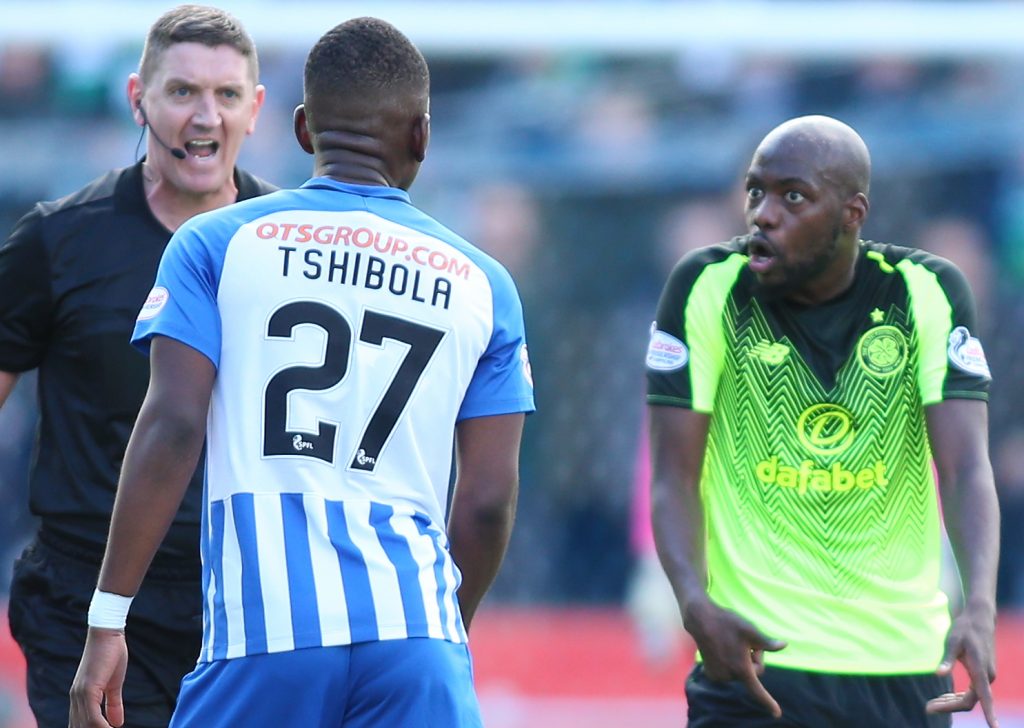 THE BIG DEBATE…referee Thomson joins in as Mulumbu continues to protest. 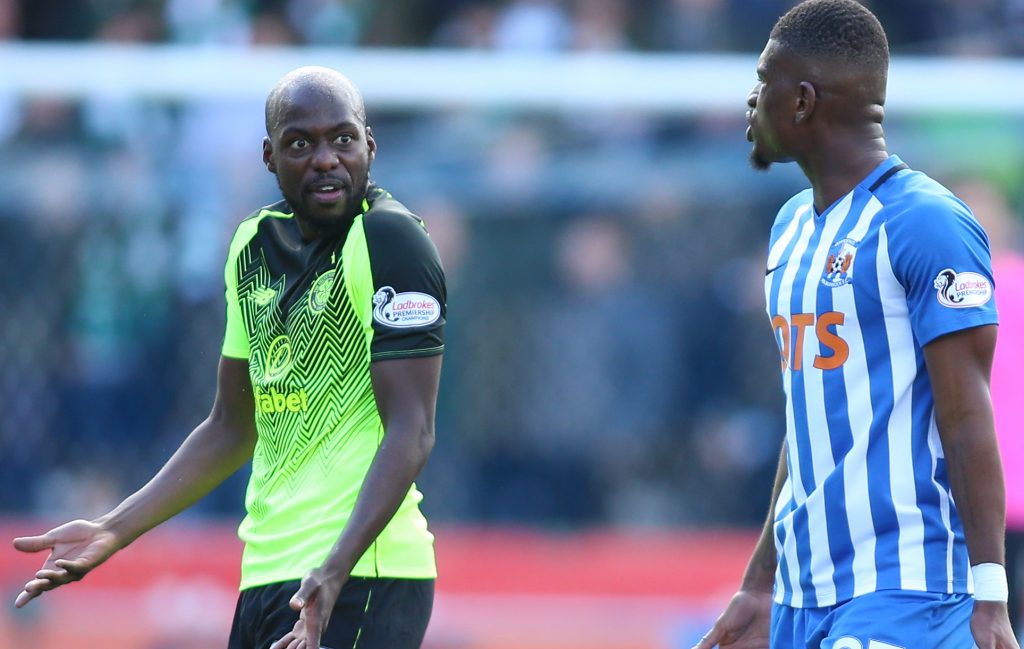 THE LAST WORD…Mulumbu has his say as Tshibola remains silent. Pics: Geo.

“I’ve been frustrated because I haven’t won yet with Celtic – which is a bit embarrassing – but I’m just enjoying playing with the lads and once the gaffer needs me I have to be ready.

“My situation is quite different from others because I came late, so when the gaffer wants to replace some players I just need to be ready. The club is amazing. The only thing that’s missing is winning because they’re used to winning all the time – until I signed!

“Celtic are used to winning all the time and then once I signed I haven’t won a game.

“I don’t want to be a bad sign or bring the team bad luck.

“They haven’t made that comparison yet. I’m just frustrated. I’m trying to do my best and hoping it comes soon. But there are no worries in the dressing room, no crisis or stuff like that. We know what the trouble is and we know what we’re going to do.

“The quality of the players in the dressing room – no-one else has it in Scotland. We just need to fix those small details.”