Celtic Quick News on News Now
You are at:Home»Latest News»‘WE MUST DO BETTER,’ BOYATA
By CQN Magazine on 22nd November 2015 Latest News
DEDRYCK BOYATA admitted Celtic will have to step up a level when they face Ajax later this week after the dismal goalless draw against Kilmarnock.
The Belgian centre-back came closest to scoring the winner with a header that crashed against the crossbar in the fading moments, but, overall, it was not a high tempo performance from Ronny Deila’s men.
Now they face the Dutch outfit in the east end of Glasgow in a must-win Europa League encounter on Thursday.
Boyata said: “I don’t expect Ajax to play like that. They are a team that likes to play football and I don’t think they’ll sit at the back.

“When we play against a team that comes against us then there are more spaces and maybe we can create more chances.

“It’s a really important game. Our last two games in the Europa League were disappointing for ourselves and we know how good we can be, but we didn’t manage to be as good as we usually are. 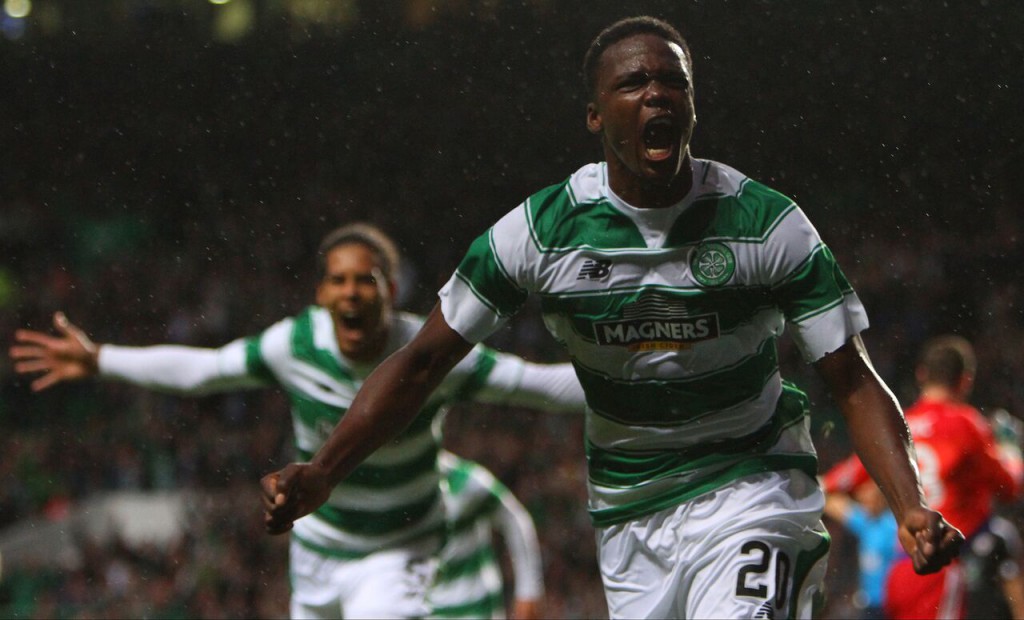 Talking about the scoreless stalemate against a Rugby Park side that had conceded 24 goals in their previous 14 league games, the former Manchester City defender added: “We all feel disappointed because we missed an opportunity.
“The opposition didn’t have that much or a lot of chances, but we didn’t manage to score goals, so we all feel disappointed.
“We didn’t create as many chances as we usually do, but it just seemed like it wasn’t happening. We tried our best, and we all have faith in ourselves, but we’re not worrying. However, it is disappointing to not go home with three points.
“It’s difficult because you need to create the chances and open them up. From the moment they start staying back you have to play around them.
“It didn’t happen, but it’ll be good in the future.”
——————————————————————
THE WINDS OF CHANGE Managing Celtic FC 1991-2005 is out now on CQN Books. Order HERE or click on the image below…