Celtic Quick News on News Now
You are at:Home»Football Matters»WE MUST WORK ON MISTAKES,’ BITTON
By CQN Magazine on 13th August 2015 Football Matters

NIR BITTON insists Celtic will work hard on the mistakes that cost them two points in the 2-2 draw with Kilmarnock at Rugby Park.

Boss Ronny Deila labelled his team “sloppy” after twice throwing away the advantage against the Ayrshire outfit who went into last night’s game against the champions without a point or a goal. 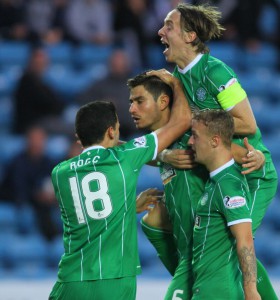 And the Israeli international midfielder, who scored the Hoops’ second with a spectacular 30-yard effort, agreed totally with his irate manager.

Bitton said: “Yes, we were sloppy and we need to work on it. We WILL work on it.

“But we didn’t do it and when you don’t do it you concede and that’s what happened.

“My goal was a great goal, but it doesn’t matter if we lose points.

“We should have finished the game, but that’s what happens when you miss chances.”