CHRISTOPHER JULLIEN believes the Champions League group stages is the perfect platform for Celtic to showcase their talents.

The 6ft 5in French centre-half, bought for £7million from Toulouse in the summer, enjoyed his competitive debut for the Hoops last night as they overcame Nomme Kalju 2-0 in Tallinn to reach the third qualifying stage where they will meet Romania’s Cluj.

It was a comprehensive performance away from Parkhead for the second successive tie following the 3-1 victory over the dangerous Serbians of FK Sarajevo in the opening round.

And 26-year-old Jullien, speaking to the Daily Record, there is a lot more to come from him and his team-mates during this season’s European adventure.

He said: “We have a lot of good talent and staff and we need the Champions League to show to the world that we have the team to play in this competition.

“It felt great to make my debut and get a win and a clean sheet.

“I’m really confident and, hopefully, we’ll see on the pitch. It’s going to be a big game against Cluj as they have played in the Champions League a lot, so we know we’re going to have to do a good job.

“But I’m confident about this team. It was a good game from us. We really enjoyed it and moved the ball well. I talked a lot with my team-mates on the field, so it was a great night. 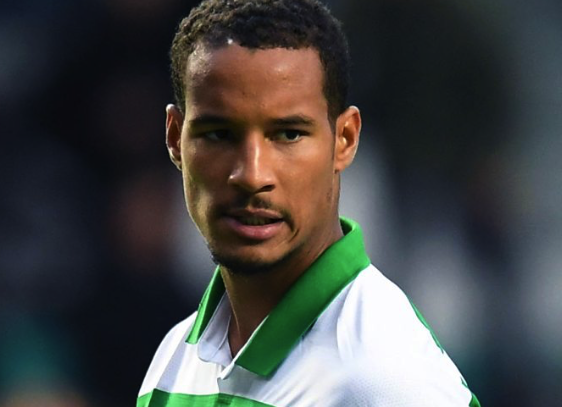 “I was just happy to start my big debut because when you’re new and play in central defence then you need to know everything about your team-mates.

“I arrived really late into pre-season, so I have to get into shape, be competitive and learn what my team-mates can and can’t do.

“It’s very important and when you have talent like we have then they make you comfortable on the field.

“It was my first game with Jozo and we did a good job.”

Jullien partnered Jozo Simunovic in a new-look central defensive pairing, but both will sit out Saturday’s Parkhead Flag Day against St Johnstone due to suspension.

The Croatian centre-back saw red in the goalless pre-season game against St Gallen in Switzerland while the towering Frenchman picked up a yellow card in a meaningless Ligue 1 match against Dijon which has been carried over.

Frustrated Jullien added: “I received a yellow card in the last game of Ligue 1. I didn’t realise it would follow me to Scotland, but I have to accept I will miss the St Johnstone game.

“I don’t even remember what the booking was for, but I know the final game was meaningless, so it’s sad.

“But I have to stay fit and I’ll train well this week to be ready for Cluj.”

Celtic will face Dan Petrescu’s side in Romania a week tonight with the return in Glasgow the following week.