Celtic Quick News on News Now
You are at:Home»Latest News»‘WE NEED TO BE RUTHLESS,’ INSISTS CELTIC ACE
By CQN Magazine on 29th May 2020 Latest News

CHRISTOPHER JULLIEN reckons Celtic will need to be “ruthless” in their historic quest for 10 in a row in the new season.

The basketball fan has spent some time during the lockdown watching the sport on TV and admitted he particularly enjoyed a documentary on the legendary Michael Jordan and the success of the Chicago Bulls in the 1990s.

Now the towering French central defender, who joined the champions last summer in a £7million switch from Toulouse, is ready to put the experience to a good use.

Betfred League Cup matchwinner Jullien, speaking to the Scottish Sun, said: “The sports are different, but the mentality at Celtic has to be the same. We need to be ruthless.

“On the field, you almost have to be someone else. That’s how important mentality is.

“I remember when I first signed for Celtic that I was amazed at the mental strength of the players.

“I spoke to Callum McGregor and asked: ‘How can you stay at this level of success for so long?’

“What Celtic have done for the last nine years is incredible and I can’t wait for more.

“We are all determined to come back stronger and throw everything at winning the league again.

“We will keep doing that every season and teams are going to have to go hard to stop us.

“I definitely think we have the quality and mentality to win 10 in a row.

“That is the goal for everyone at the club and we are going to give everything.

“Let’s hope it will be fun for everyone again.”

The 27-year-old centre-back rates the Hoops’ ninth successive championship triumph as his greatest achievement – even topping his France Under-20 World Cup victory. 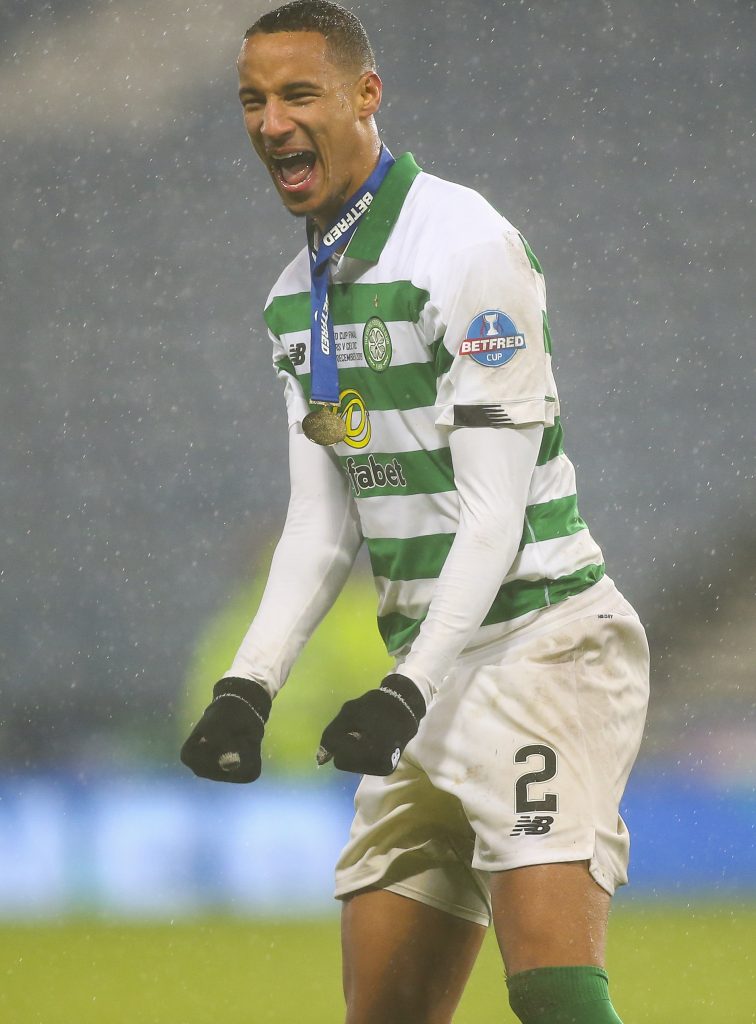 THAT WINNING SMILE…Christopher Jullien shows his delight after picking up a Betfred League Cup medal in December.

He added: “Winning the World Cup brings me huge memories, for sure.

“I played with an unbelievable squad and our team at that time was just the best. But I didn’t play too often and although I was part of the squad, when you aren’t on the pitch a lot, something is missing.

“This season I played all of the games for Celtic once I got my full fitness at the start.

“I played in the big games, I scored goals and I really felt like I played a big part in the achievement.

“To be part of a historic title like this for Celtic is way bigger for me than the World Cup.

“The Betfred Cup was special and to score the winning goal was huge — but the league was the main aim. It felt good to get my hands on the trophy. It’s a big achievement.

“We showed everyone that we deserved it with the way we played over the season. I’m really happy right now. It was a huge moment for me to win my first league championship.

“When I arrived at Celtic, I knew that I would have to become a new man on and off the field.

“To receive that trophy was just the perfect achievement at the end of the season.

“It was hard not to celebrate with the fans, but that will motivate us even more next year.”