Celtic Quick News on News Now
You are at:Home»Latest News»‘WE NEED TO MAKE SURE WE TURN UP,’ CELTIC STAR’S HISTORY BID PLEDGE
By CQN Magazine on 1st March 2020 Latest News

CELTIC will begin to climb a 13-game mountain against St Johnstone this afternoon that could lead to club immortality.

The champions are within touching of a phenomenal quadruple treble – all TWELVE domestic honours during a spectacular four-year reign of total domination of Scottish football.

And the journey towards legendary status continues with the Scottish Cup quarter-final against Tommy Wright’s side in Perth today.

One slip in the national knock-out competition will leave the historic quest in ruins.

Scotland international winger James Forrest is backing his team-mates to get over the monumental disappointment of Thursday’s Europa League exit against FC Copenhagen under the lights in the east end of Glasgow and zero in on yet another sensational silverware clean sweep.

The Hoops have 10 encounters left in the Premiership where they command a 12-point and 20-goal advantage over Steven Gerrard’s Ibrox side who saw any hopes of Hampden glory in May obliterated in a 1-0 loss against relegation-threatened Hearts at Tynecastle yesterday. 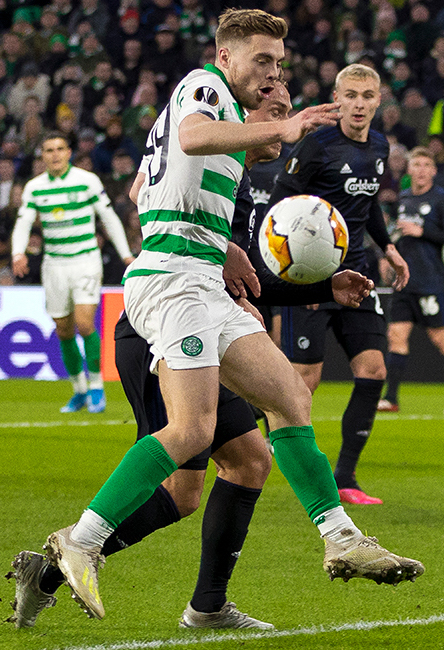 OOPS…James Forrest fails to connect with a left-wing cross at the back post and another chance is lost against FC Copenhagen.

And, at the same time, rack up a truly astonishing THIRTY-FOURTH successive triumph in a domestic Cup fixture.

Forrest took time to reflect on the disappointment of the 3-1 loss against the Danes and vowed the side would get back on track in Perth.

The forward, speaking to the Sunday Mail, said: “I think it is worse than Cluj.

“At least, after that game we knew we still had another game to make sure we were still in Europe.

“And we knew in the Europa League you get big ties, which we ended up with in the group. But now that’s us out, so it’s worse. 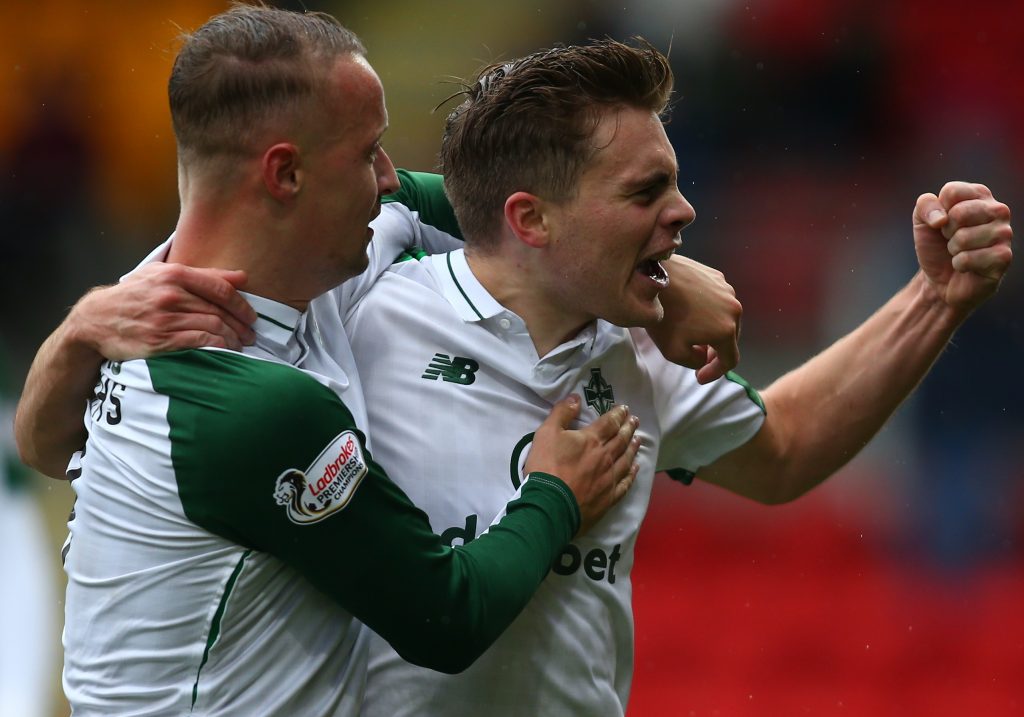 WHOOPS…James Forrest celebrates one of his four goals against St Johnstone in Perth last season. Leigh Griffiths gets in on the act.

“We’ve always bounced back from results like this, though.

“It’s a hard one to take, but the last couple of years – and this season, as well – we’ve had some setbacks, but managed to kick on, pick ourselves up and produce some good performances.

“That’s what is called for again and, hopefully, we can do that.”

Celtic have won on their last seven visits to McDiarmid Park and the 28-year-old raider has scored six in that sequence, including a four-goal haul in a runaway 6-0 league victory last season. And he was on target again in the 3-0 victory in Perth last month.

Forrest admitted: “I’m just hoping to contribute and help the team again up there.

“St Johnstone got a good 2-2 draw against Rangers last week, so we know it’s going to be a difficult game. 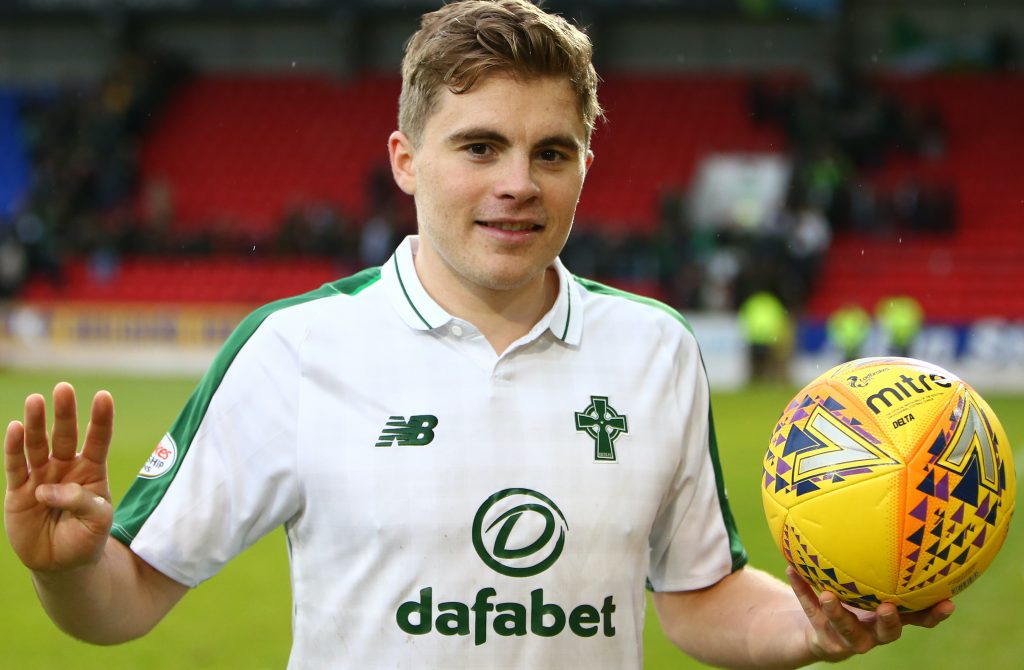 FORREST TO THE FOUR…a delighted James Forrest with the match ball after his quartet of strikes in the 6-0 win over St Johnstone in October 2018.

“It’s a Cup-tie, as well, so we have to pick ourselves up from the Copenhagen game and be ready for it.

“We need to make sure we turn up – we know what Saints can do when they play well.

“They took points off Rangers and that will be in the back of our heads. But this Cup run has been unbelievable.

“None of the boys or the staff wants it to stop. We want to keep going and make sure we get to Hampden again – that starts here.”

Asked if the players were apprehensive about losing rather than focused on winning, Forrest replied: “No, I think all the boys were feeling positive, which makes us feel all the more gutted for the fans that we couldn’t take a positive away result and turn it in to a win at home.”

* DON’T miss the unbeatable match report and best action images from St Johnstone v Celtic this afternoon – only in your champion CQN.