Celtic Quick News on News Now
You are at:Home»Latest News»‘WE OWE THEM THIS LEAGUE,’ GIO’S TRIBUTE TO CELTIC FANS
By CQN Magazine on 12th May 2022 Latest News

GIORGOS GIAKOUMAKIS plunged the depths of despair a year ago when Dutch minnows VVV-Venlo were relegated from the Eredivisie.

The Greek striker completed the season as top scorer with 26 goals, but his struggling team only managed six wins from 34 games that saw them hurtle through the relegation trapdoor.

A year later, Giakoumakis was celebrating a phenomenal Premiership championship victory with Celtic after thumping in a header in the 1-1 draw with Dundee United at Tannadice to give the Hoops the point they rquired to make absolutely certain the tenth title in 11 years would be once again bedecked in green and white ribbons. 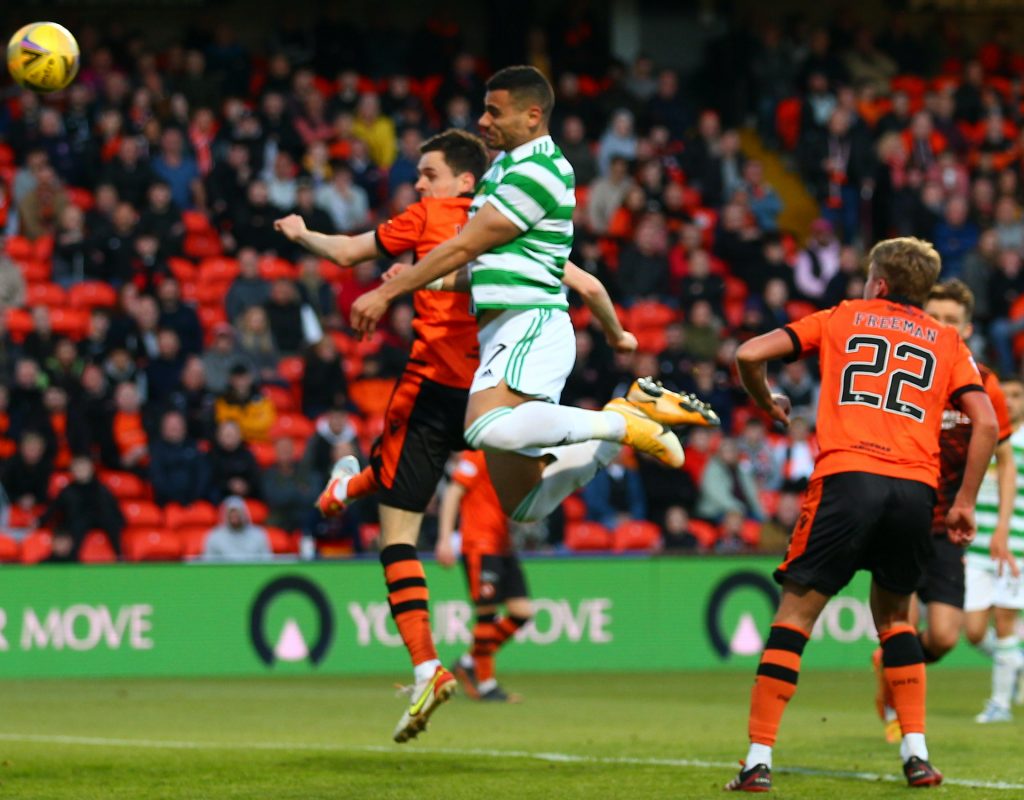 HIGH AND MIGHTY…Giorgos Giakoumakis rises above Dundee United defender Liam Smith to smash in a header to put Celtic ahead at Tannadice.

The international frontman got the nod to lead the line from Ange Postecoglou, who paid £2.5million for the player in August, ahead of club talisman Kyogo Furuhashi against the Tayside outfit.

A grinning Giakoumakis celebrated with his team-mates at the end and said: “How does it feel? It’s amazing.”

He looked at the joyous travelling support and told Sky Sports: “I think they don’t deserve something less than this. Look at them. We owe them this league, they were there standing next to us even when we were second.

“It’s one of the moments you never forget in their life. We are really grateful for them. 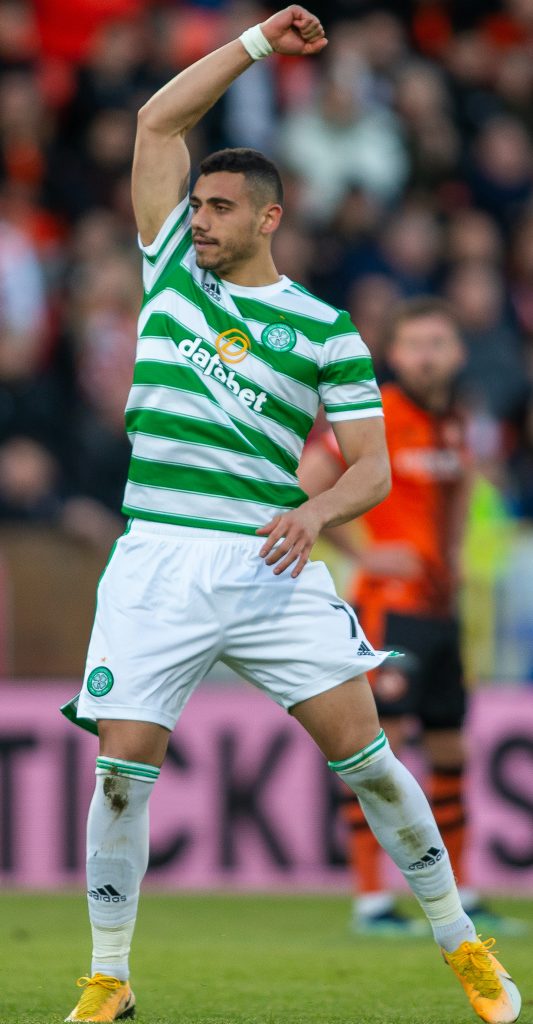 “It was an amazing feeling as I celebrated the league with this goal. We wanted to win the title with a win and we didn’t have a great game, but we tried.

“We are champions – what else can I say? It’s all that matters.”

After a slow start to his Hoops career with only one goal in the first half of the season, Giakoumakis came good with 14 strikes after the turn of the year, including two hat-tricks against Dundee and Ross County.

What a difference a year makes!