JAMES FORREST insists the Celtic players stood up to be counted in yesterday’s 1-0 win over Steven Gerrard’s Govan outfit at Parkhead.

The player who set up the only goal of the encounter for Olivier Ntcham reckoned the performance emphasised their dominance over their Glasgow neighbours.

Gerrard spat out the dummy after he experienced that sinking feeling in the fixture in which Brendan Rodgers has won 10 and drawn two in their past 12 meetings.

The Liverpool legend, locking horns with his ex-Anfield gaffer for the first time, now knows how Mark Warburton, Pedro Caixinha and Graeme Murty felt in tussles with the Irishman.

A delighted Forrest said: “I think we showed what we are – a big team with big characters. We knew what we needed to do and that was go out and put in a good performance and win the game. That’s what we did.

“We have so many matchwinners here. We have players who know what it means to go out and play in the fixture and know what is required to get the result.

“I believe we showed our character and our togetherness out there.”

Gerrard claimed referee Willie Collum cost his side the game when he ignored a challenge from Tom Rogic on Ryan Jack in the lead-up to the goal.

Forrest, though, clearly disagreed with the novice coach. He said: “Tom was just outside out box when it happened. I don’t think it was a foul. It would have been a soft one. But, in any case, we still had a load of work to do before scoring. We had the entire length of the park to get up.

“I also reckon we should have scored a lot more than just one. We hit the post and the crossbar (three times) and on another day they would have gone in. I don’t think we won the game just because of one decision.” 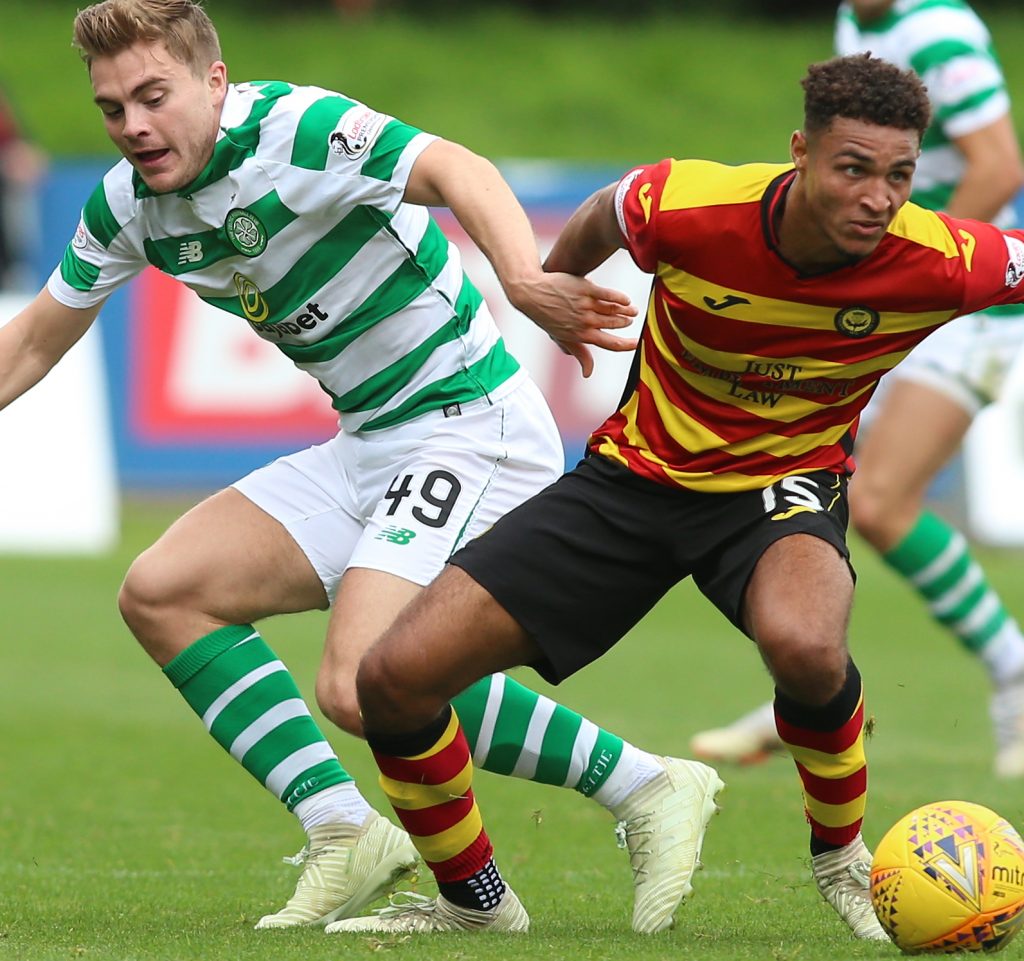 FIRHILL FOR THRILLS…James Forrest in action in the Betfred League win over Partick Thistle.

Forrest set up the game’s only goal for Olivier Ntcham in the 62nd minute, but revealed he almost went for it himself.

He said: “I thought about taking the shot, but when I looked up I could see Ollie coming in and I just thought he would definitely score if the pass was right. Naturally, I was delighted to see it going in.

“The first-half, I just tried an effort from the edge of the box when the ball came out to me. I actually thought at the last minute it might dip and go in – on another day it might have.”

The Scotland international winger admitted he didn’t get involved in the pre-match preamble with controversy surrounding Moussa Dembele’s sharp £19.7million exit to Lyon just before the transfer deadline on Friday night.

He added: “I am not too sure what was said in the build-up because I don’t take too much notice of that. But I do think it was always going to be important to go out and win the game.

“That isn’t different to what our aim is every week.

“We have the mentality to win every time we walk onto the park and it doesn’t matter who we are playing. We have players here who are hungry for success and that won’t change.

“It has been a tough month because we didn’t get the Champions League which we wanted.

“However, we have got ourselves back on track and, psychologically, I think it was important that we were able to sign out now for a few weeks on the back of a victory.”

Forrest is likely to play in Scotland’s friendly against Belgium at Hampden on Friday and the opening UEFA Nations League clash against Albania a week tonight.