Celtic Quick News on News Now
You are at:Home»Latest News»‘WE WEREN’T GOING TO GET OUTDONE PHYSICALLY THIS TIME,’ RODGERS
By CQN Magazine on 6th May 2018 Latest News

BRENDAN RODGERS praised his players’ mental strength as they overcame Hearts 3-1 at Tynecastle this afternoon.

Celtic came back from an 18th-minute goal from Kyle Lafferty to pick up three more points with goals from Dedryck Boyata, Moussa Dembele and Scott Sinclair.

The Parkhead outfit, of course, lost their 69-game unbeaten domestic sequence when they crashed 4-0 at the same venue in December when the hosts put in a pulverising performance.

Hoops boss Rodgers said: “We weren’t going to be outdone physically like the last time.

“It was a similar feeling to the last game here, but it showed the players are learning all the time.

“We stayed calm when they scored. We made a mistake for Kyle Lafferty getting in, but how we dealt with that and came through was excellent. 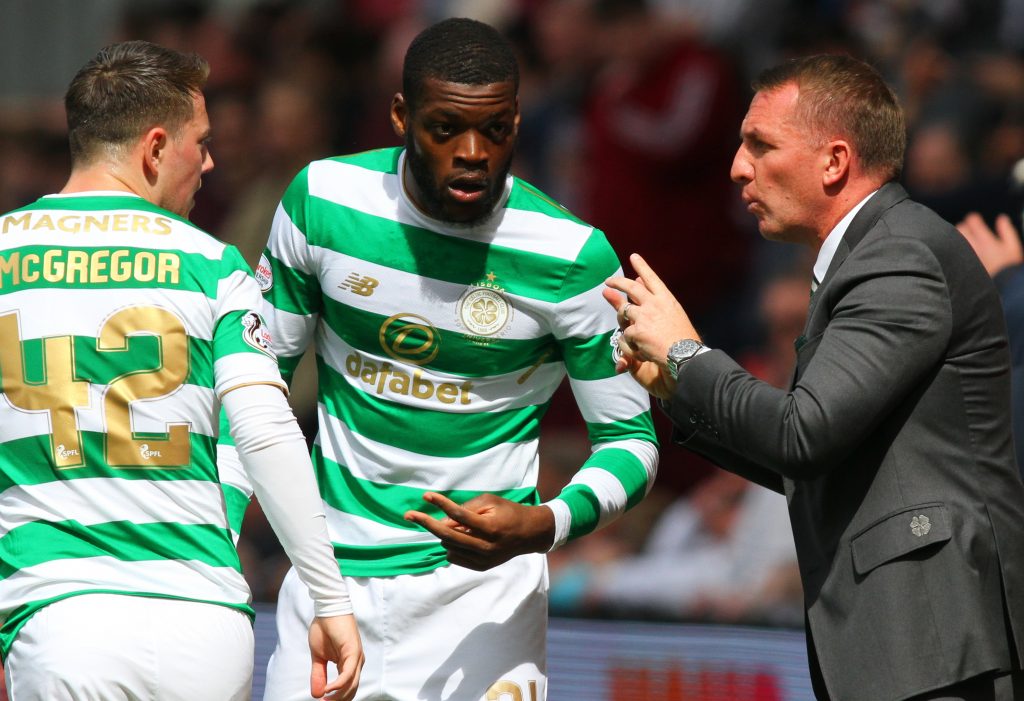 “It was a totally different type of game to last week, which showed our mental strength and physicality in the game, which was very pleasing.

“I thought the win was outstanding, but we couldn’t play our normal game. I’m a little bit embarrassed because of the pitch.

“The grass was too long. It’s not just to suit us, I’m talking about football, in general. Steven Naismith has played in the Premier League a lot of his life and you saw their players, and they couldn’t pass the ball.

“I was a disappointed from a football perspective. It was the first time in my life I have said to a team of mine – listen, building the game from behind is a huge risk. Why? Because the ball is getting stuck.

“At half-time, I had to say we’re going to have to play a more direct game. We can’t build the game and then to play in their half. From then, we dominated the game in the second-half.

“From a football perspective, and for spectators, that wasn’t football.”