Celtic Quick News on News Now
You are at:Home»Latest News»‘WE WEREN’T SCARED, WE WERE SHOCKING’ SCOTT BROWN
By CQN Magazine on 27th August 2015 Latest News
SICKENED skipper Scott Brown has told Ronny Deila his Celtic players were not scared against Malmo – they were just shocking.
The midfielder admitted lessons must be learned or the Hoops’ European situation will never improve.

Brown and team-mates Craig Gordon and Kris Commons disagreed with Deila’s accusation his players were “frightened and scared” on the big night.

The captain said: “I wouldn’t say we were scared. We’ve played in bigger stadiums with more atmosphere than that. We just didn’t turn up on the day.

“It was front to back all the way through. We didn’t start well and Malmo got us on the back foot.

“We had to defend most of the game and didn’t create many clear-cut chances. That was unexpected.

“When you go into a game with a 3-2 lead you have to be confident.

“As soon as they scored their goal from a set-play we should know better than to let it happen again. But then they score another one from the same situation. We weren’t learning lessons.” 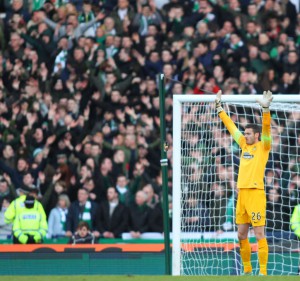 Keeper Gordon said: “I wasn’t scared. It was a good game to be involved in, but we weren’t good enough.”

Back-to-back failures have hurt Celtic and Brown added: “We’re a big club and we should be in the Champions League.

“Now we haven’t done it for the past two seasons and we’re disappointed in ourselves with the way we played the game from start to finish.

“We showed in the first game we’re a better team. We can create chances and play at a high tempo, but didn’t do that in the second leg.