BRENDAN RODGERS declared he was far from satisfied with his Celtic players, despite their 3-1 Betfred League Cup victory over Partick Thistle  at Firhill this afternoon.

The Hoops boss did hold back as he said: “It was a good result for us, but so many things weren’t very good in the game, mostly our pressing and intensity which have really been the hallmark of our game.

“So, in that aspect, we were far too passive.

“And, of course, that gives the opposition an opportunity to get into the game because if you’re slow in that then normally you’re slow in your attacking play, as well.

“Okay, we had the ball and were reasonably comfortable, but a lot of our game was not very good today.” 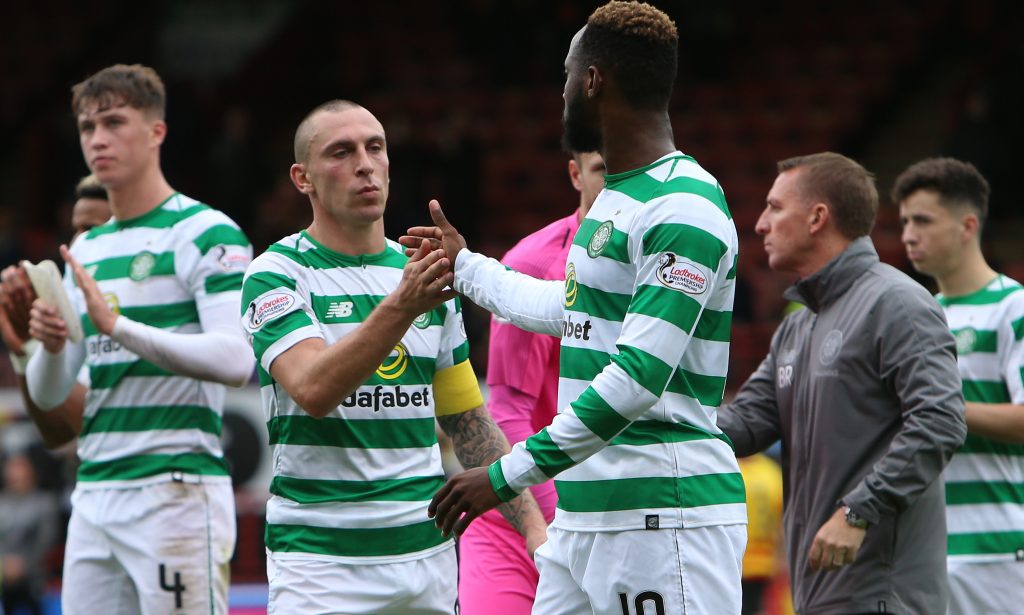 JOB DONE…but Brendan Rodgers was not impressed by the performance as he comes on at the end of the game as Jack Hendry, Scott Brown, Moussa Dembele, Scott Bain and Mikey Johnston leave the pitch.

Asked if it had been his most challenging week as Celtic manager, Rodgers answered: “I think I am experienced enough now to filter a lot of the noise that goes on. You learn to regulate it all.

“It’s the first time we have lost back-to-back games, but at a club like Celtic you have to win and we didn’t do that.

“All I can say is that you learn in football there are no guarantees.

“However, you do get the opportunity to come back again and we did that today in terms of the result.

“And that was most important after a difficult week.

“However, in terms of performance, because I have always been very focused on performance level, it wasn’t very good.” 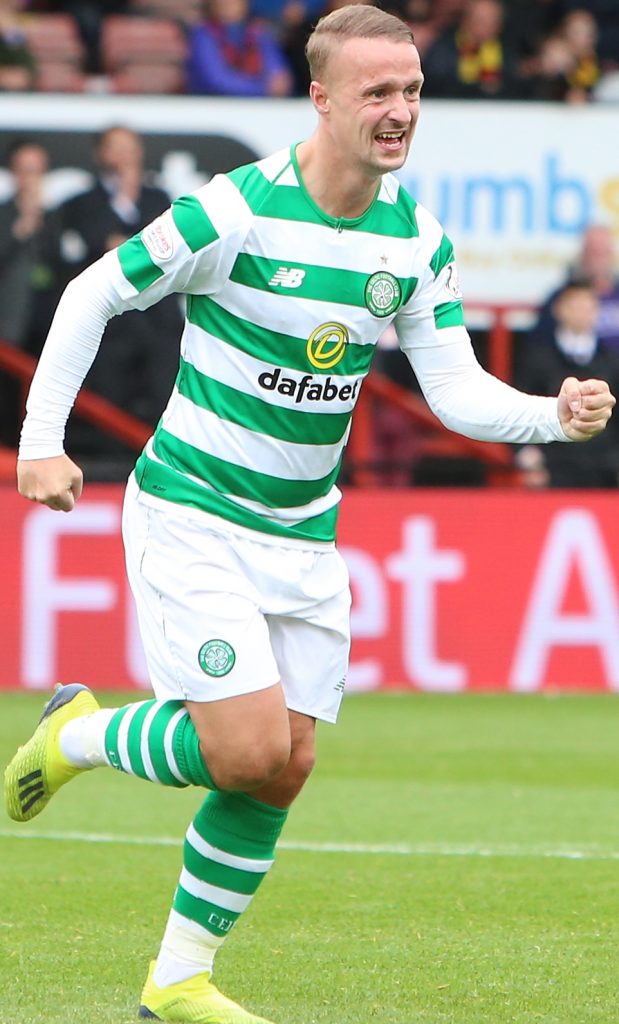 YOU BEAUTY…Leigh Griffiths celebrates his 99th goal for the Hoops after his first-half strike against the Jags.

Leigh Griffiths fired in his 99th goal for the Hoops to give Rodgers’ men the advantage over Thistle in the first-half.

However, the little hitman, who celebrates his 28th birthday on Monday, will have to wait to hit that magical ton.

He was taken off in the 65th minute to be replaced by Moussa Dembele who claimed the second goal after the Jags had levelled briefly in the 73rd minute.

Tom Rogic settled the issue – and the nerves – with a third shortly afterwards.

Both strikes were set up by comeback man Cristian Gamboa, who had been lively right from the start with his outstanding raiding on the right.

His performance will have given something for the Celtic gaffer to think about as he plans for the Europa League play-off against Suduva on Thursday night in Lithuania. 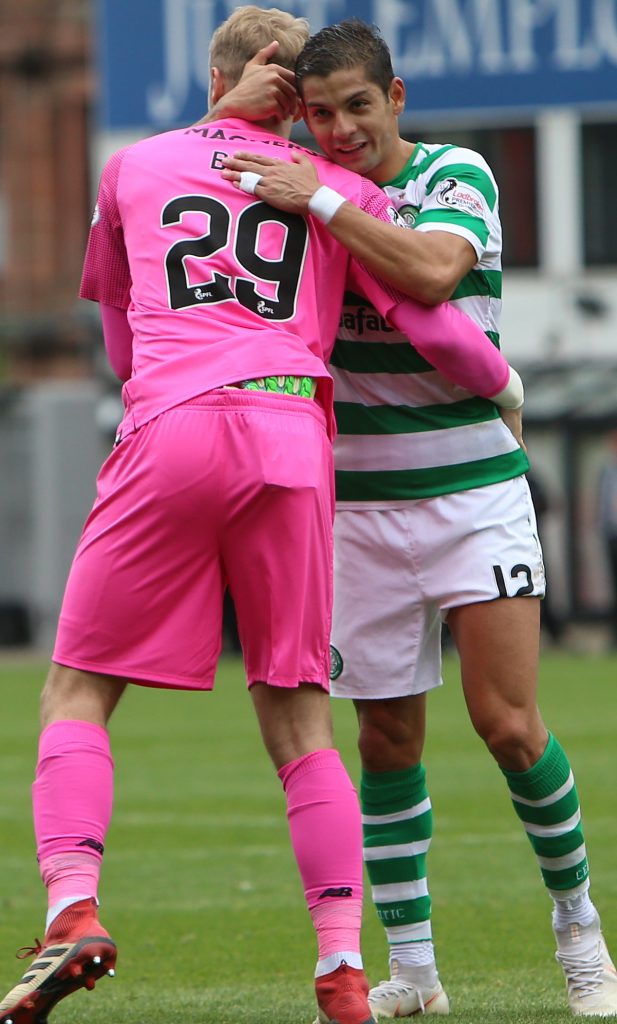 HAPPY BHOYS…Cristian Gamboa, a key man in the 3-1 success, is congratulated by keeper Scott Bain at the end. Pics: Geo.

Mikael Lustig looked vulnerable in the Champions League exit against AEK Athens, home and away, and the Costa Rican might just have edged himself into Rodgers’ Euro plans.

There was a welcome return for Emilio Izaguirre, too, who was playing his first game for the club since he left 12 months ago for his short stint in Saudia Arabia.

Like Gamboa on the opposite flank, he didn’t need any encouragement to get down the touchline to support Scott Sinclair who also showed glimpses of the form that made his debut campaign at Parkhead so memorable.