Celtic Quick News on News Now
You are at:Home»Latest News»‘WE WOULD BE FURTHER CLEAR IN THE LEAGUE’: LENNY’S VIEW ON VAR
By CQN Magazine on 21st December 2019 Latest News

NEIL LENNON admitted Celtic would be even FURTHER ahead at the top of the Premiership if VAR had been implemented in Scotland this season.

The Hoops boss is in favour of introducing the technology after it emerged the SFA are ready to ask clubs whether they’d be willing to contribute to the estimated £1million bill to put it in place.

The champions will sample VAR in the Europa League last 32 when they play FC Copenhagen in February.

It has sparked controversy in the Premier League this term with longer than anticipated delays and wrong calls.

The champions can stretch their lead in their quest for nine in a row to five points when they face Aberdeen at Parkhead today, but, without mentioning specific incidents, Lennon believes his side’s advantage would be even more considerable had the system been available to referees.

The Irishman had been frustrated after what looked like two strong penalty-kick claims were overlooked by Kevin Clancy during the 1-1 draw with Hibs at Easter Road in September.

Lewis Stevenson felled Ryan Christie with a late tackle that sent the playmaker sprawling and Daryl Horgan wiped out Moritz Bauer with a reckless challenge. On both occasions, the match official waved play on. 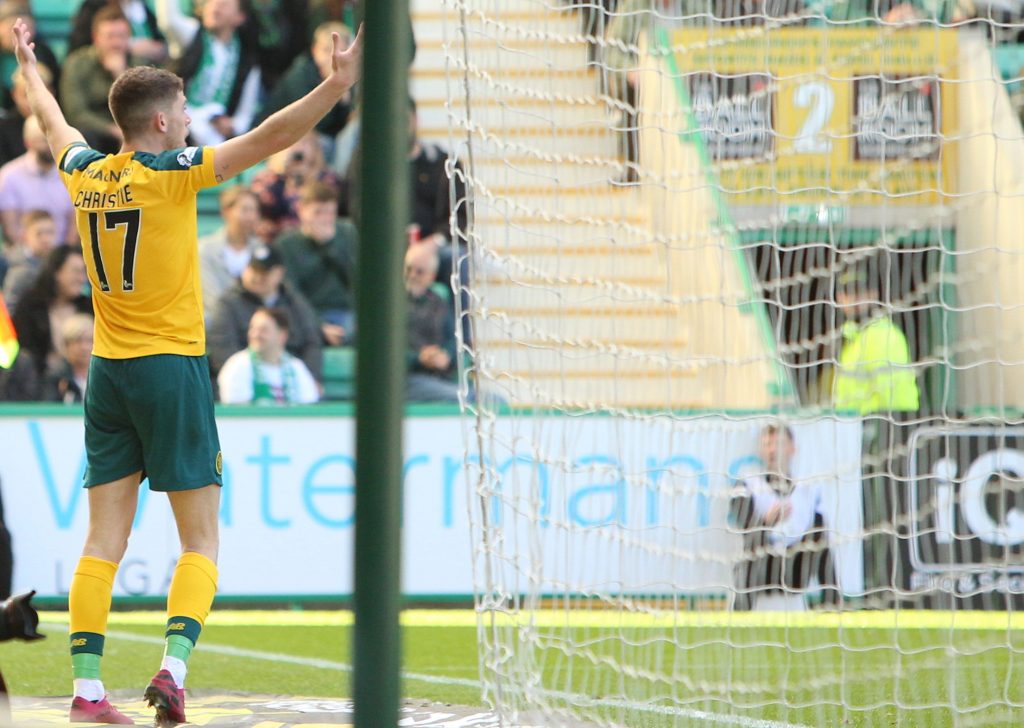 ON THE SPOT…Ryan Christie appeals in vain for a penalty-kick after being brought down against Hibs.

Lennon, speaking to the Daily Record, said: “We had the meeting this time last year, the majority of managers and the three heads of the refereeing fraternity were all in favour of it.

“If they bring it in, then great. It would please me, because we would be further clear in the league by now.

“There’s a constant source of frustration sometimes with decisions. The offside decisions at times are ludicrous.

“We’re talking millimetres and I think that could definitely be analysed more.

“But, in terms of clear-cut decisions, I think it would help.”