Celtic Quick News on News Now
You are at:Home»Latest News»WEAH IN THE WARS
By CQN Magazine on 18th February 2019 Latest News

Within a matter of seconds he was obstructed by left-back Greg Taylor as Jeremy Toljan knocked a pass down the line.

It was a foul by the defender, but referee Bobby Madden clearly didn’t notice the infringement and the German’s pass looked wayward.

With Celtic leading through Scott Brown’s 90th-minute effort, Weah raced into a great position to accept a pass from Oliver Burke who had driven down the right touchline at breakneck pace.

The American squeezed a shot past Daniel Bachmann, but, unfortunately, his quick thinking wasn’t reward with a goal and the ball thumped off the outside of the post and ricocheted behind for a goal-kick.

As Weah displayed his disappointment of not killing off the contest there and then with the match official allowing five minutes stoppage time, he was clattered by an opposing player running past him to retrieve the ball.

If anyone thought the collision was accidental there is every probability they still believe in The Good Tooth Fairy. It was retribution, plain and simple, and the referee didn’t spot it. Or, if he did, he chose to take no action.

However, the on-loan Paris Saint-Germain forward, already a firm favourite with the Hoops fans, received a yellow card at the end of the game as he celebrated in front of Killie players, notably Taylor and Ibrox-bound Jordan Jones. 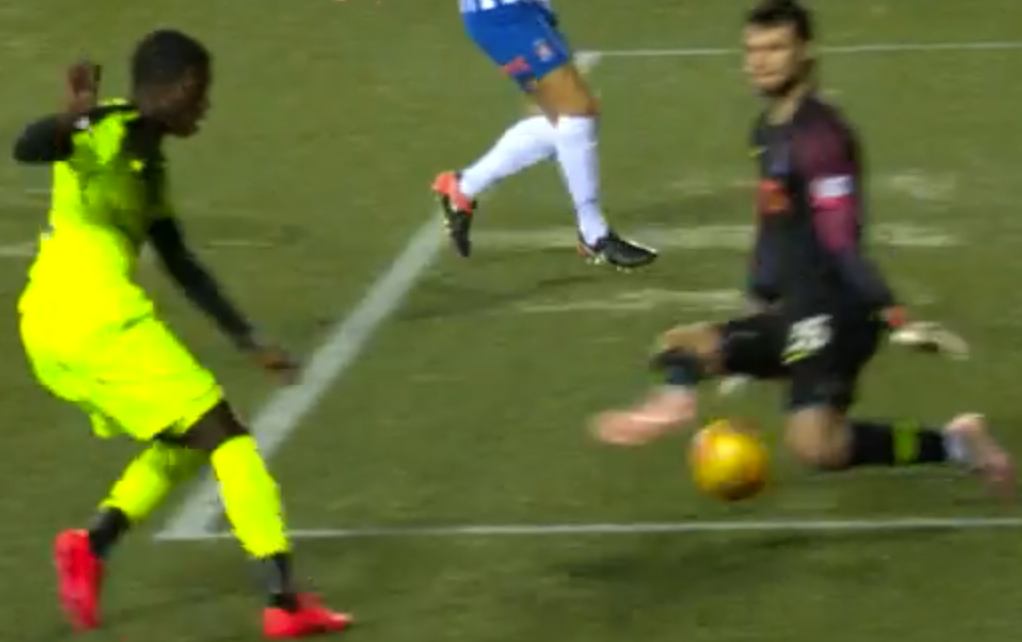 HITTING THE POST…Timothy Weah beats Daniel Bachmann, but the ball smacks against the upright.

Weah took to Instagram – which was later deleted – to give his side of the story.

He said: “In regards to my yellow card I just want to say sorry to any Killie fans that were offended and who took it the wrong way.

“But with all that being said I was targeted by 3 players from the moment I stepped on the pitch.

“Go back and look at all the cheap shots that were taken and the trash talking as well.

“To be honest, I understand it’s all a part of the game. I took it and didn’t let it affect my match but at the end of the game I gave them a taste of their own medicine and took the consequences that came with it.

“No problem…I love everybody and respect everybody that respects me…I guess being kind all the time makes you look weak but I refuse to not stand up for myself and my team-mates because at the end of the day that’s what family is for.”

It’s an honest assessment of what happened during his time on the Rugby Park pitch and the player would have his own reasons for taking the post down this morning.

However, one thing is certain – Timothy Weah, at the age of 18, is on a learning curve in Scottish football and he will be a better player and professional for his experiences at Celtic.

And he’ll prove that between now and the end of the season.