TIMOTHY WEAH was asked to pack his bags and leave Celtic yesterday afternoon after he snubbed the opportunity to play in the Scottish Cup Final against Hearts at Hampden on May 25.

The popular 19-year-old’s loan from Paris Saint-Germain was cut short to join the USA Under-20 squad for the World Cup in Poland – despite Neil Lennon brockering a deal with his opposite number Tab Ramos which reached a compromise that suited both club and country.

Weah took to Instagramto thank the Celtic fans for their support since he arrived at Parkhead in January.

And he left the Hoops followers with the promise he would “wish to come back one day to this great club to be with you all”.

A day of drama unfolded at Lennoxtown when Weah, who started last weekend’s title-clincher against Aberdeen at Pittodrie, was removed from the squad for tomorrow’s game at Ibrox.

The USA had invited the talented attacker to their training camp after the match against Steven Gerrard’s men to start preparations for the Polish tournament and Head Coach Tab Ramos was prepared to allow Weah to then return to Lennoxtown the week before the Cup Final.

The understanding was that the player would then have ample time with the Hoops to prepare for the club’s meeting with the Tynecastle side at the national stadium as they zero in on a historic treble treble.

The agreement between Celtic and the USA coaching staff was that Weah would miss their opening game against Ukraine, but would return to Poland immediately after the Hampden encounter with his country’s next tie against Nigeria due on Monday May 27 and Qatar three days later.

But Weah refused the offer and insisted he wanted stay with his national team – prompting Lennon to call time on the youngster’s stay with the interim manager interpreting the decision as a lack of commitment and believed it was best for all parties that he left the squad. 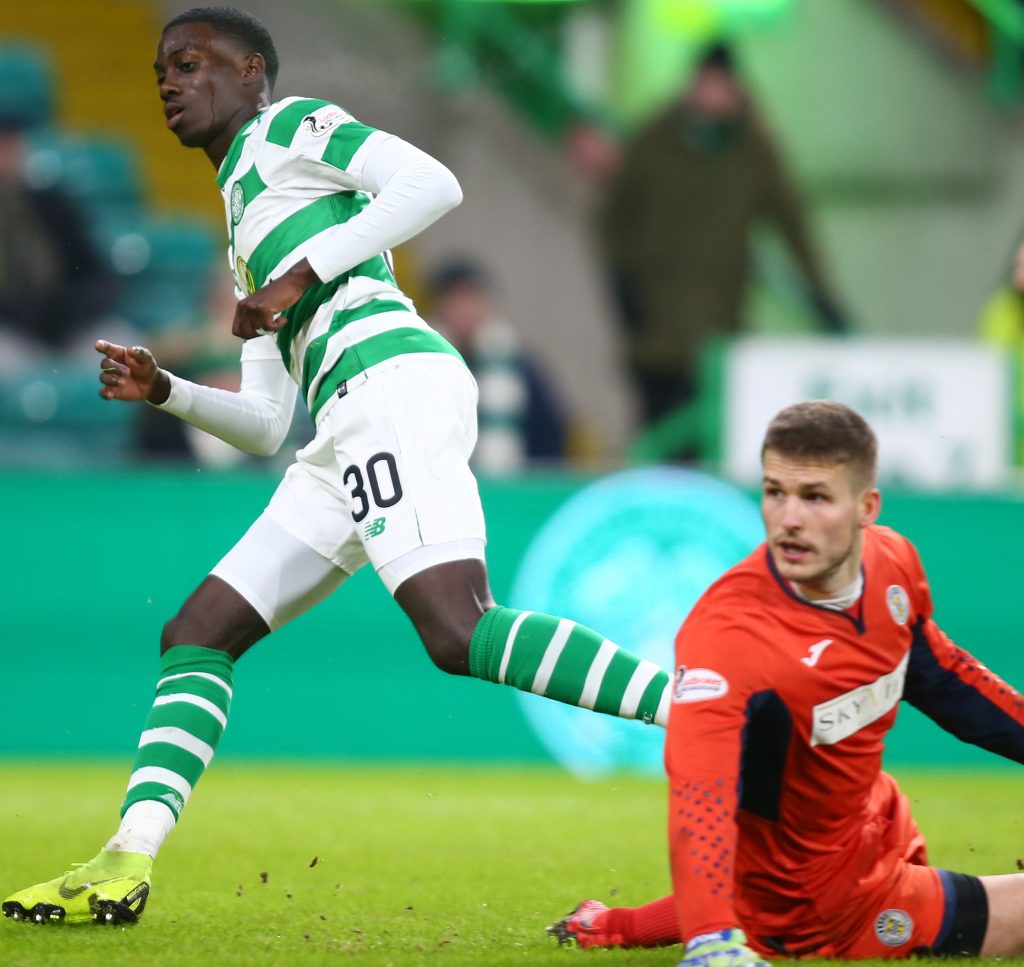 DREAM DEBUT…Timothy Weah strokes in his first goal for Celtic against St Mirren in January. 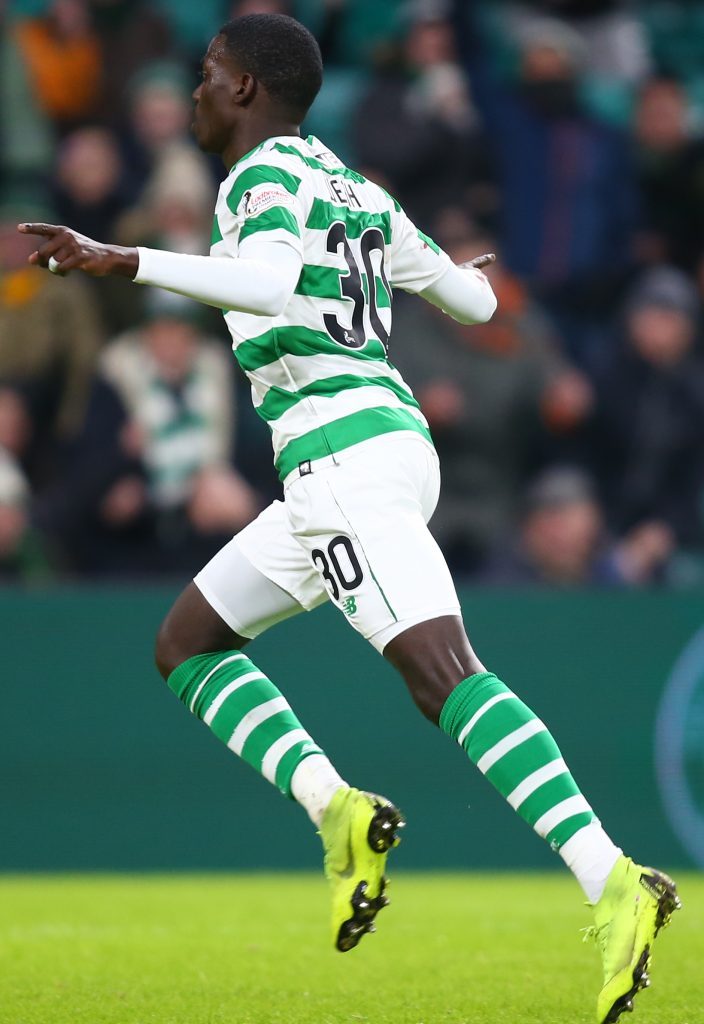 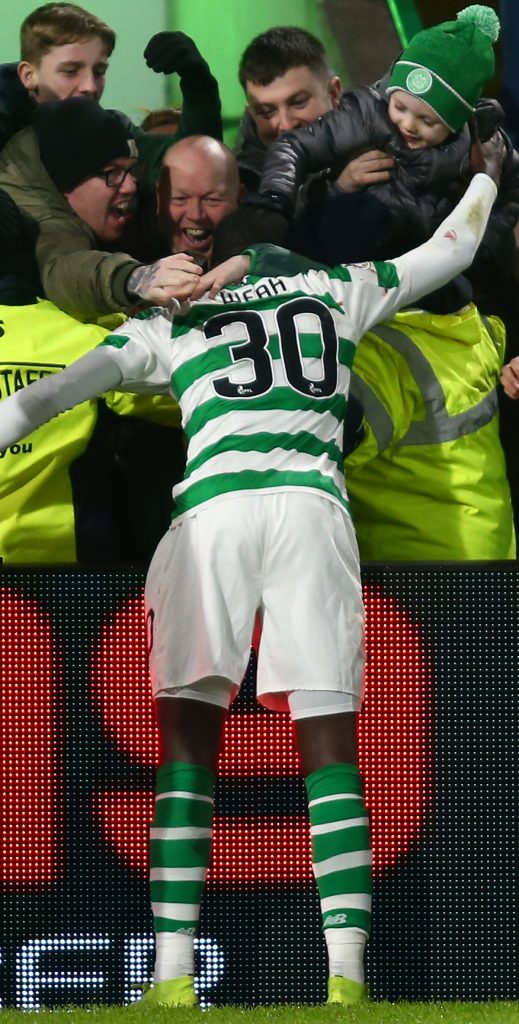 CELEBRATIONS…Weah shares his joy with the supporters.

The teenager admitted: “The gaffer told me it is in the best interest of the team that I collect my things and go home.”

He added: “I will be joining my national team to participate in the U20 World Cup in Poland. With this decision, the gaffer told me it is in the best interests of the team that I collect my things and go home rather than be a part of the game on Sunday so I’ll be on my way.”

He added: “I still have a lot of growing up to do in my game. I am especially thankful to the Celtic family for giving me the opportunity to show you all what I am capable of doing once given the chance. I want to thank my team-mates for supporting me every step of the way. Thanks so much to Celtic FC and to you the fans for accepting me.

“It was a true honour playing for this club and also having the opportunity to interact with legends who paved the way for us.

“I am especially thankful to the Celtic family for giving me the opportunity to show you all what I am capable of doing once given the chance.

“To you the fans, I will never forget you for all the love, support and kindness you have shown me.

“I don’t know as yet what the future holds but I wish to one day come back to this great club to be with you all.

“I will forever miss you chanting my name and hearing the beautiful song you have created for me.”

Weah became an instant hit with the Celtic fans when he scored on his debut against St Mirren in the 4-0 Premiership romp and raced to celebrate with the home support.

However, his stay at the champions came to an abrupt halt yesterday although Weah appears to have left the door open to a return.