CELTIC misfit Youssouf Mulumbu admits it was “weird” making his debut for the Hoops against his former club Kilmarnock.

The DR Congo international, who is now back at Killie on loan, got the nod from Brendan Rodgers to make his first appearance for the champions at Rugby Park in September.

Unfortunately, it was not a baptism to savour for the midfield misfit who didn’t show against Steve Clarke’s outfit who won with a stoppage-time header from former Parkhead prospect Stuart Findlay that handed the Ayrshire team three points in a 2-1 triumph.

To compound a miserable afternoon, Mulumbu was booked and then hooked with Callum McGregor taking his place.

And it didn’t get any better for the 32-year-old former Paris Saint-Germain player when he made his second start for the club – the 3-1 defeat from RB Salzburg in Austria the following month.

Once again, he was yellow-carded and didn’t last the 90 minutes with Ryan Christie replacing him in the second-half as the hosts came back from an early goal down from Odsonne Edouard to claim a crucial triumph. 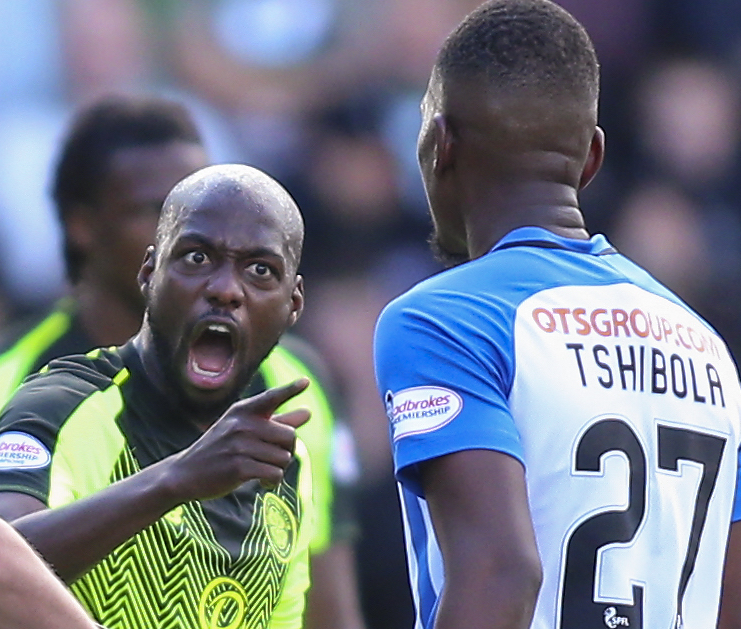 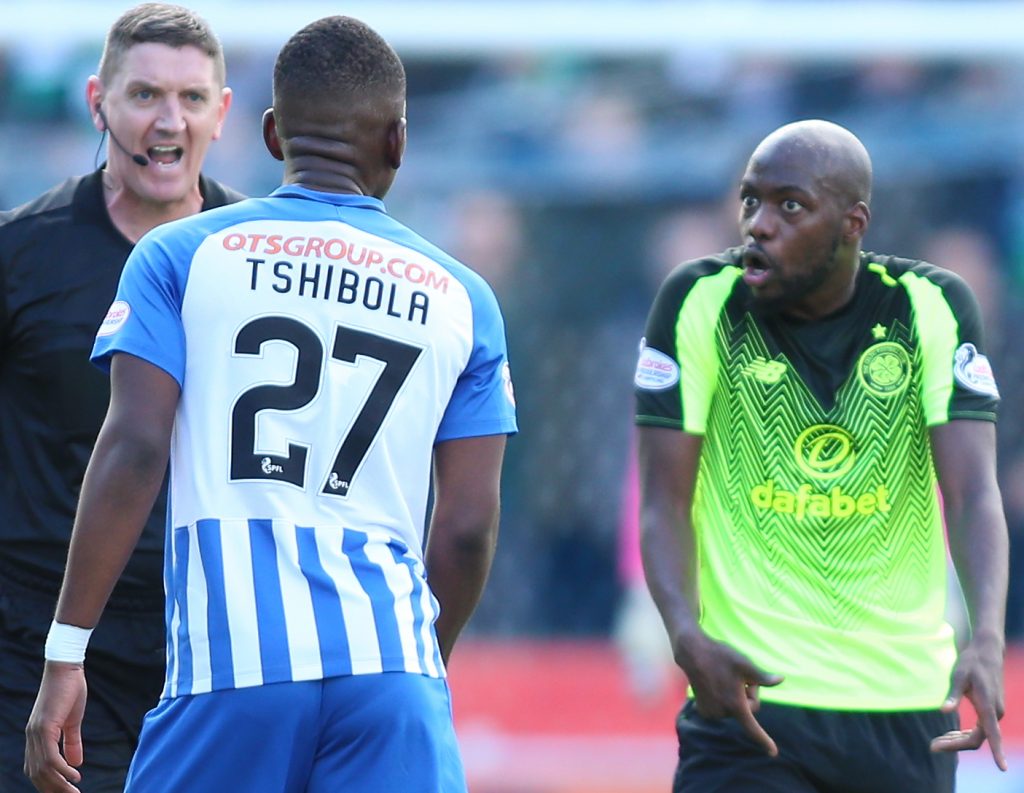 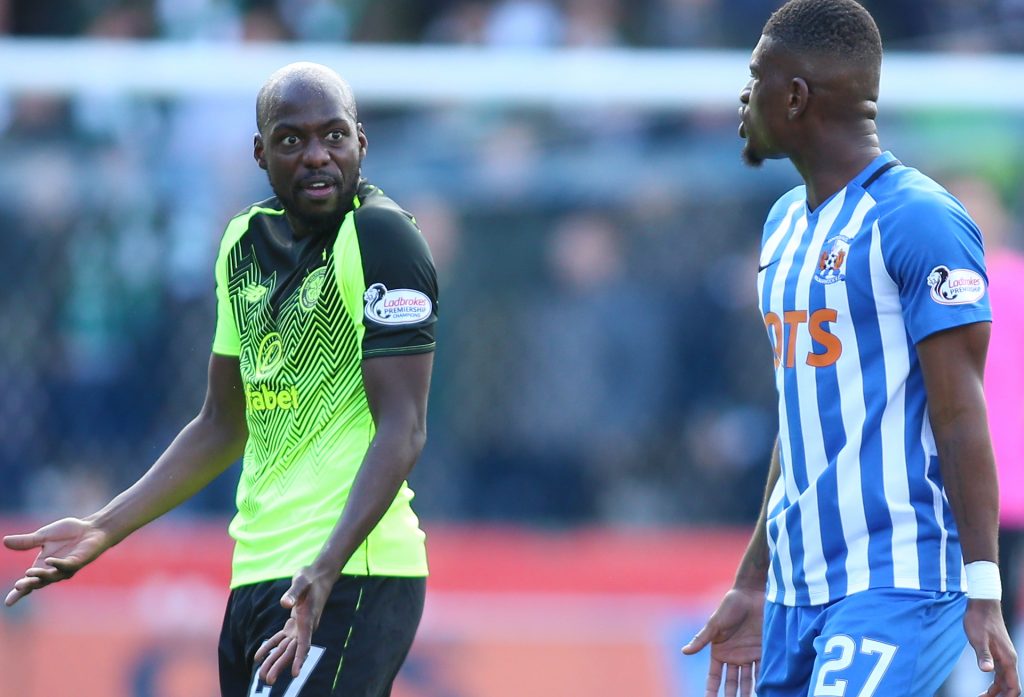 THE EYES HAVE IT…Mulumbu is still angry with Tishbola. Pics: Geo.

Back in September, though, Mulumbu, who agreed a two-year deal at the Hoops as a free agent in the summer, hoped to get his career off to a winning start and revealed it was a day of mixed emotions.

He said: “You know, when I signed for Celtic and I played against Kilmarnock it was a bit weird for me because I was happy to be back in my stadium, but, at the same time, I had some challenges and the fans didn’t really like it.

“But it is all clear and I’m a Kilmarnock player for now and I’m going to try and do my best for the fans and the team.”

Mulumbu was reunited with boss Clarke in a loan deal last month and made his first appearance second time around as a substitute in the 2-2 midweek draw against Dundee at Dens Park.

He added: “I’ve known Steve Clarke for a long time and, even when I was at Celtic, I was in contact with him.

“It’s been a fantastic effort from the lads and I was watching the table and the team was first, second and we just need to keep going.

“We just need to work hard and do our work on the pitch. It’s easy to say, but it is very hard to do. As we saw against Dundee, every team will wait for us and ready to beat us, so we need to keep going.”

* Mulumbu was talking to Kilmarnock TV.