Celtic Quick News on News Now
You are at:Home»Latest News»WELCOME BACK: BROONY AND HIS FIELD OF DREAMS
By CQN Magazine on 12th June 2020 Latest News

SCOTT BROWN admitted it was great to get a kick on the grass again when he returned to open-air training at Lennoxtown yesterday.

The 34-year-old Celtic skipper led his team-mates, who returned in groups to observe the socially-distancing protocols, as they prepared for the scheduled August 1 kick-off to the new season.

Brown, speaking to Celtic TV, said: “It was great to see some of the lads. It’s a totally different situation out on the pitch. But it was still great to get back into the swing of things and, hopefully, we’re going in the right direction. It was good just to get back on the grass and to get a touch on the ball.

“The lads have been on running apps, we’ve been working hard while away and the coaches just need to make sure we’re all in good shape, make sure it’s nice and easy before the hard work really does start.”

Brown and his colleagues have not kicked a ball in competitive action since the 5-0 Premiershp triumph over St Mirren at Parkhead on Saturday, March 7 when Leigh Griffiths thumped in a memorable hat-trick and Odsonne Edouard added his 28th goal of the campaign.

Callum McGregor swept in a late penalty-kick and, although the anchorman didn’t realise it at the time, was also claiming the Hoops’ final strike of the term before football was forced into cold storage due to the coronavirus pandemic. 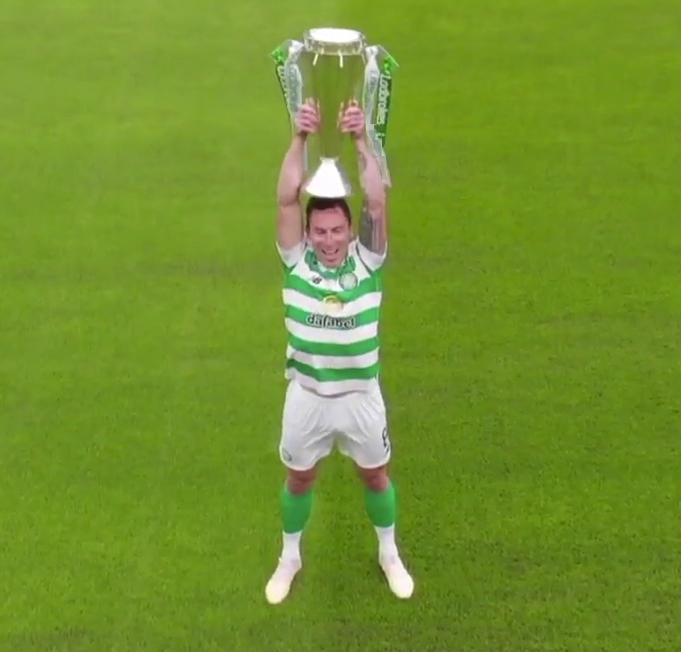 Neil Lennon’s men were leading the league by 13 points with eight games to go when lockdown occurred and the SPFL bosses awarded the Hoops their ninth successive title when it became clear it would be unsafe to restart the fixtures.

Brown added: “It’s totally different going back in with the lads, people like Tom Rogic turning, moving the ball and seeing him gliding across the grass again was great. So was seeing Jamesy sprinting with the ball, and Cal just being a genius as he usually is. It was a great bunch of lads to work with and I think we’re together for the next few days.

“We’ve missed it, we’ve missed being competitive in training and in games. I’m 35 in a couple of weeks, so, for me especially, I need to stay on top of my fitness as much as I possibly can.

“To have 12 or 13 weeks out, that’s not ideal for me at this stage in my career, but I’ve managed it. I went into training and I felt good. Perhaps not as good as I did when I left, but I’m still in good condition.

“It’s all about looking after your body and it’s about doing what I know works for me. That might be going to the gym, not going the day before a game, resting now and then, and, of course, working hard in training.

“At my age, I’ve got to push my body as far as I possibly can. It’s about working as hard as the rest of the lads and then even harder to make sure that I’m in top shape and hitting the stats that I should be at Celtic Park.”