CELTIC geared up for the Champions League clash with Paris Saint-Germain on Tuesday with a thoroughly professional performance against Accies at the Superseal stadium tonight.

All eyes were on comeback Bhoy Paddy Roberts and teenage French striker Odsonne Edouard and both made huge impressions.

Fans’ favourite Roberts, playing his first competitive game since May’s Scottish Cup Final win over Aberdeen, fitted in straight away and looked like he had never been away.

Edouard, on a season-long loan from PSG, marked his debut with an excellent goal with Scotty Sinclair fired in two and Stuart Armstrong added the other.

The Hoops took the game to the home side from the opening minutes and were in cruise control by half-time with a three-goal lead.

They might have taken the lead in the eighth minute when Sinclair got through, but hammered his shot against the outrushing Gary Woods, who had a fine game in goal for Accies.

The referee’s assistant too swiftly flagged for offside, but TV pictures proved the Englishman was on when he collected Roberts’ astute pass.

Sinclair had another opportunity shortly afterwards, but Woods made a splendid save to tip the ball over the crossbar.

A goal had to come and it arrived in the 17th minute when Armstrong and Callum McGregor played a neat one-two on the left-hand side of the box. 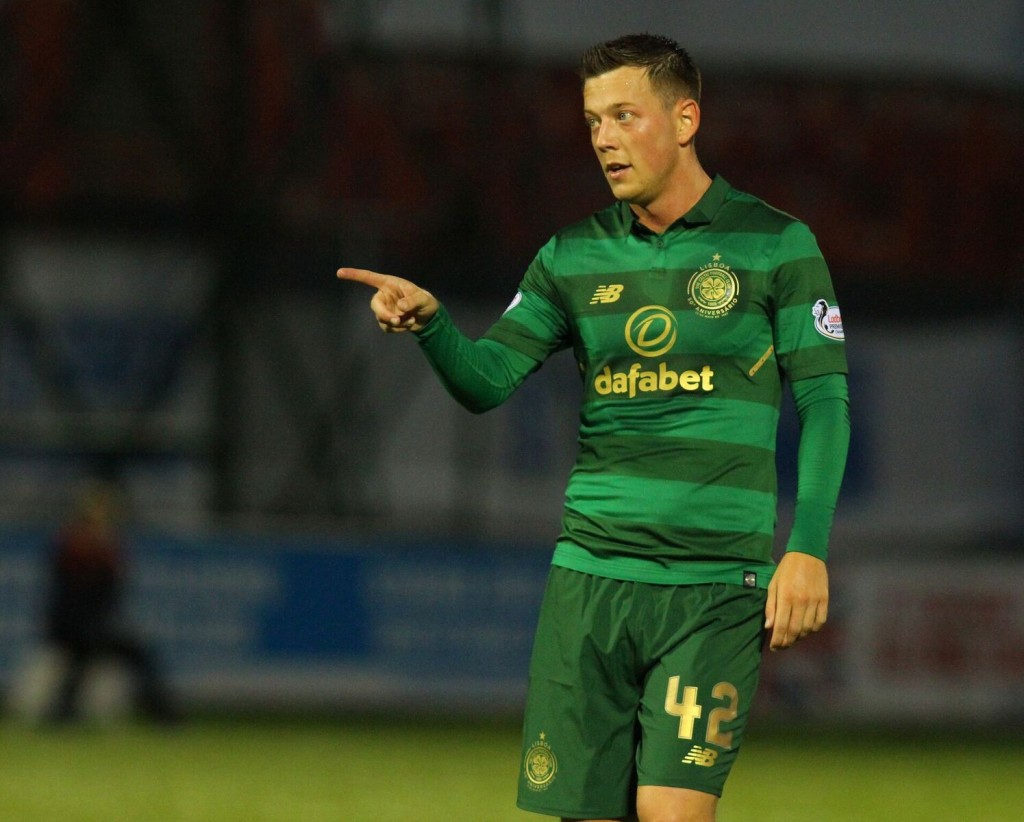 The Scotland midfielder skipped past a tackle as he lined up his shot and he sent an unerring effort low past the keeper’s left hand.

Just before the half-hour mark Sinclair doubled the advantage after Edouard had sprinted onto a clever through ball from Jozo Simunovic.

He played in Sinclair who sent a measured strike beyond the motionless Woods who anticipated a shot to his left.

It was all over as a contest in the 42nd minute and it was that man Sinclair who did the damage again.

His searing pace took him clear of the Accies defence and he slammed a shot low to Woods’ right. The ball clattered off the base of the upright, but the speedy raider followed up to thump in the rebound.

Understandably, the pace dropped after the interval, but the champions celebrated a fourth goal when youngster Edouard announced himself to Scottish football. 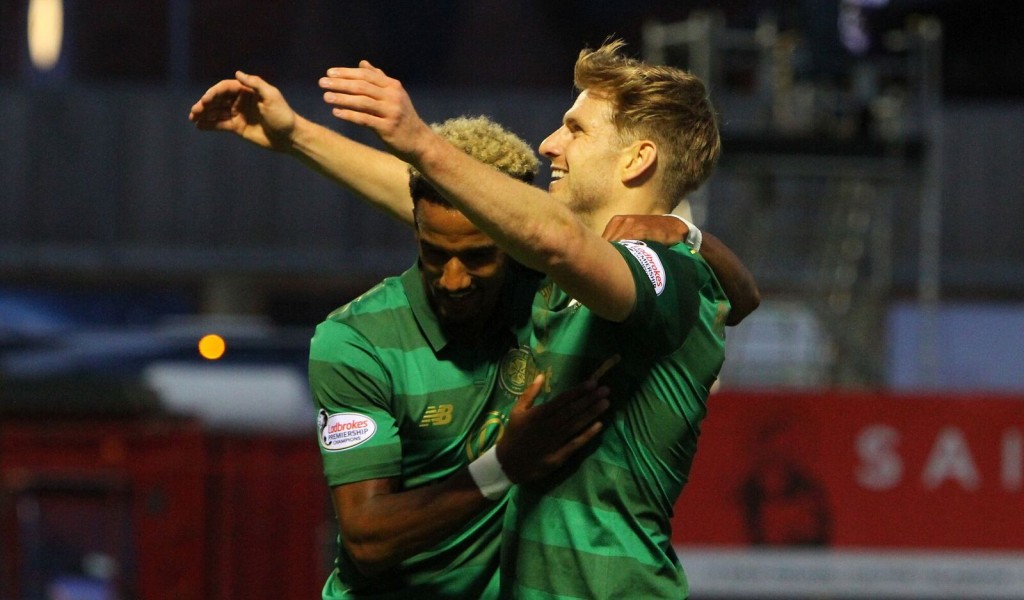 The athletic striker played a one-two with Roberts, raced through the centre of the Accies rearguard and slotted the ball behind Woods.

Roberts and Armstrong left the field in the 67th minute to loud cheers from the visiting fans while Brendan Rodgers introduced Jonny Hayes and Olivier Ntcham.

Nir Bitton joined them in the 75th minute when he came on for Simunovic.

Unfortunately, the Hoops conceded four minutes from time when Alex Gogic headed in a left-wing corner-kick from Ali Crawford.

But that didn’t take the shine off a superb and determined display that notched up Celtic’s 54th unbeaten domestic game in a remarkable run.