Celtic Quick News on News Now
You are at:Home»Football Matters»‘WE’LL BE READY FOR EUROPA,’ MULGREW
By CQN Magazine on 2nd September 2015 Football Matters

As Ronny Deila’s men prepare for the opening tie against Ajax in Amsterdam on September 17, the experienced international expects the Hoops to get it tough.

He said: “You want to play and compete against the best in competitive, difficult games and this is probably as difficult as it could get. 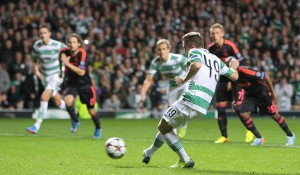 “Some would argue it’s more like a Champions League group, but we’re delighted to be in Europe and we’re looking forward to the games.

“We’ve played Ajax before and we know what to expect from them. They have a great youth system and produce great players. They like to pass the ball and play the right way.

“They are a top side with top players coming through. They’re renowned for playing football, keeping the ball down and playing it the correct way from the back.

“They’re a good side and it’ll be a difficult game. We’ll need to be ready for them.

“It’ll be difficult, but we’ve beaten them in the past.”

Mulgrew added: “Fenerbahce have been in Europe for years now as well and they’re an established side.

“They’ve just signed Robin van Persie and Nani, so they have a lot of money to spend.

“I don’t know much about Molde, but I’m sure the manager will and we’ll find out more about them closer to the time.”